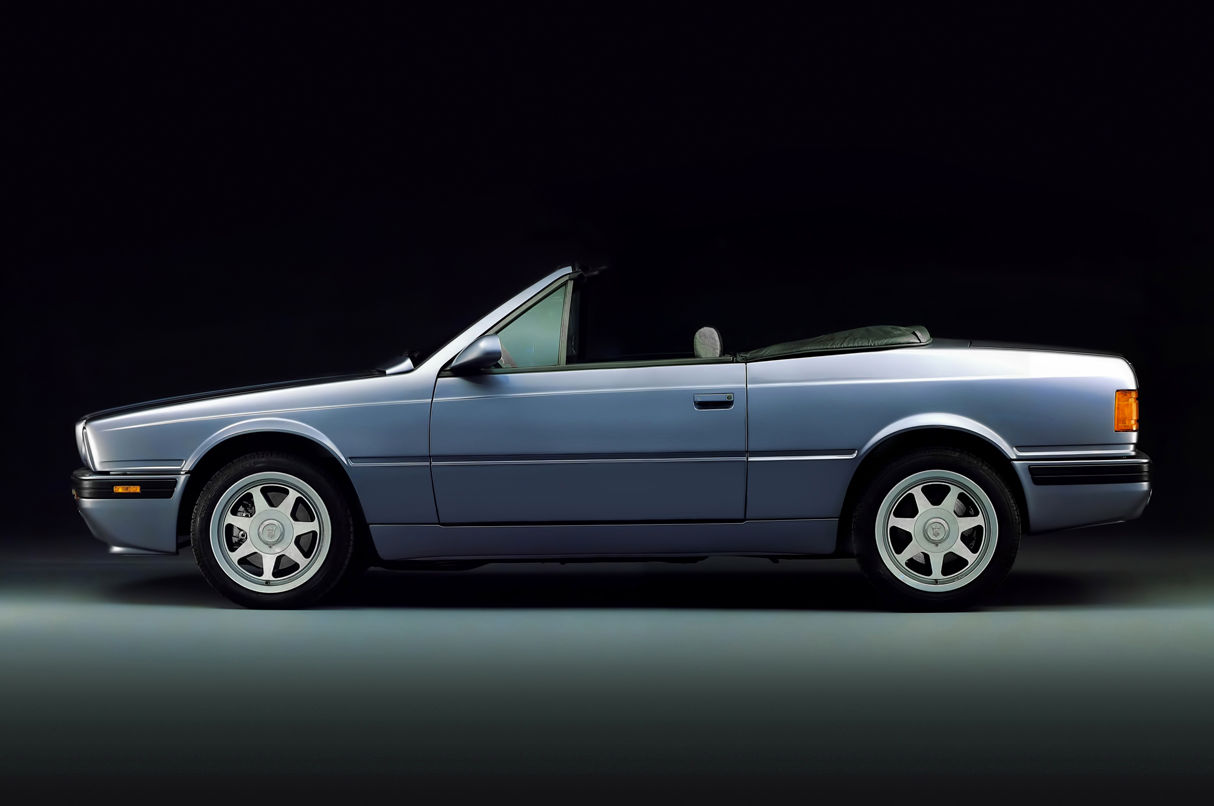 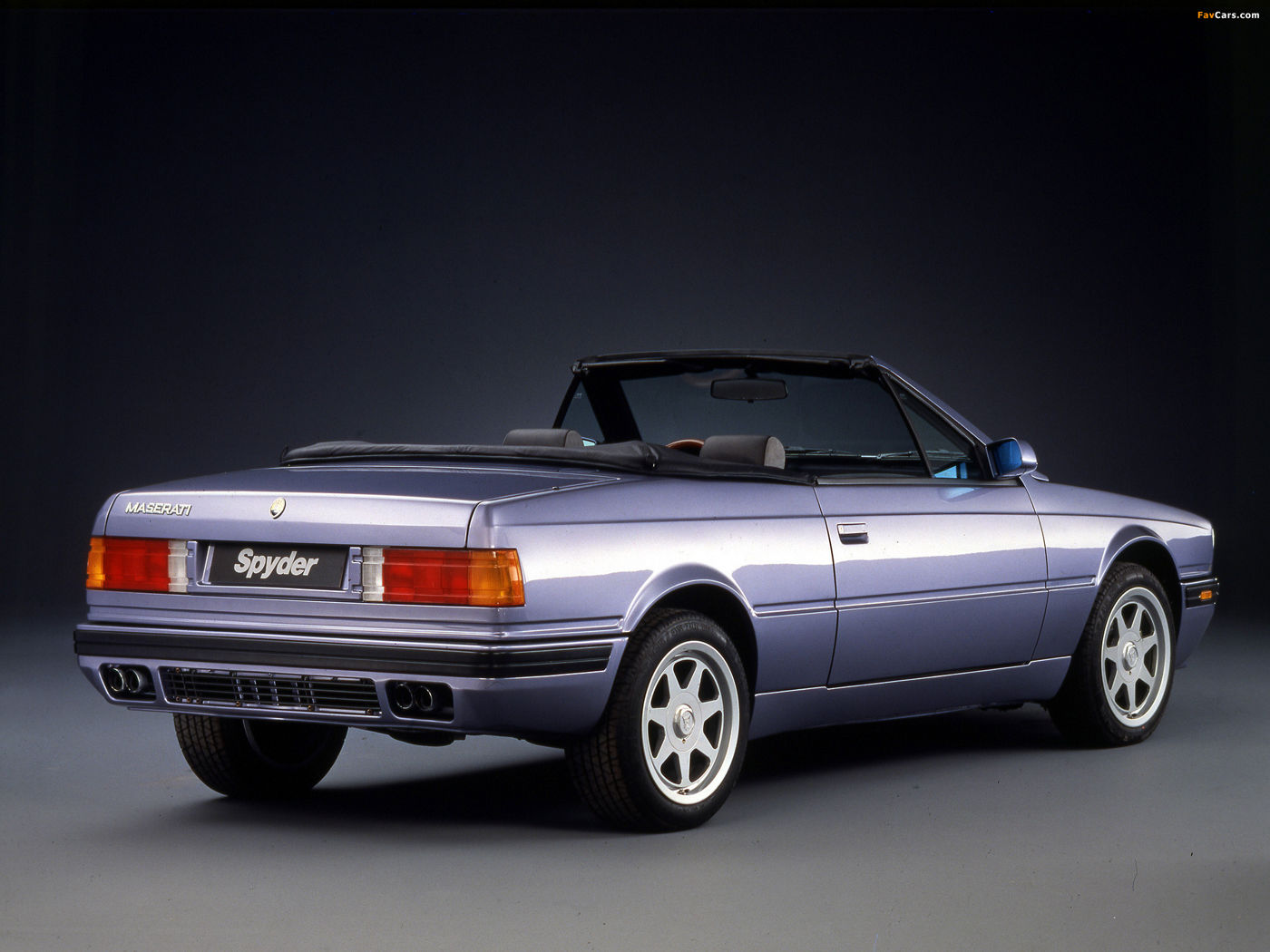 With the restyling of 1991, the Biturbo name was dropped for the open Spyder models. A series of aesthetical and technical upgrades were brought to the Spyder. The most significant modification regarded the introduction of 4 valve-per-cylinder heads with 4 overhead camshafts, which served to increase the performance despite the fitting of a catalytic converter. Wherever allowed by the legislation, customers could also specify the car without the catalytic converter. From a styling point of view, the car was reworked with new, slimmer headlights, taller bumpers and sills, 16” six-spoke alloys, more aerodynamic rear-view mirrors and a peculiar spoiler at the base of the windscreen invented by Marcello Gandini.