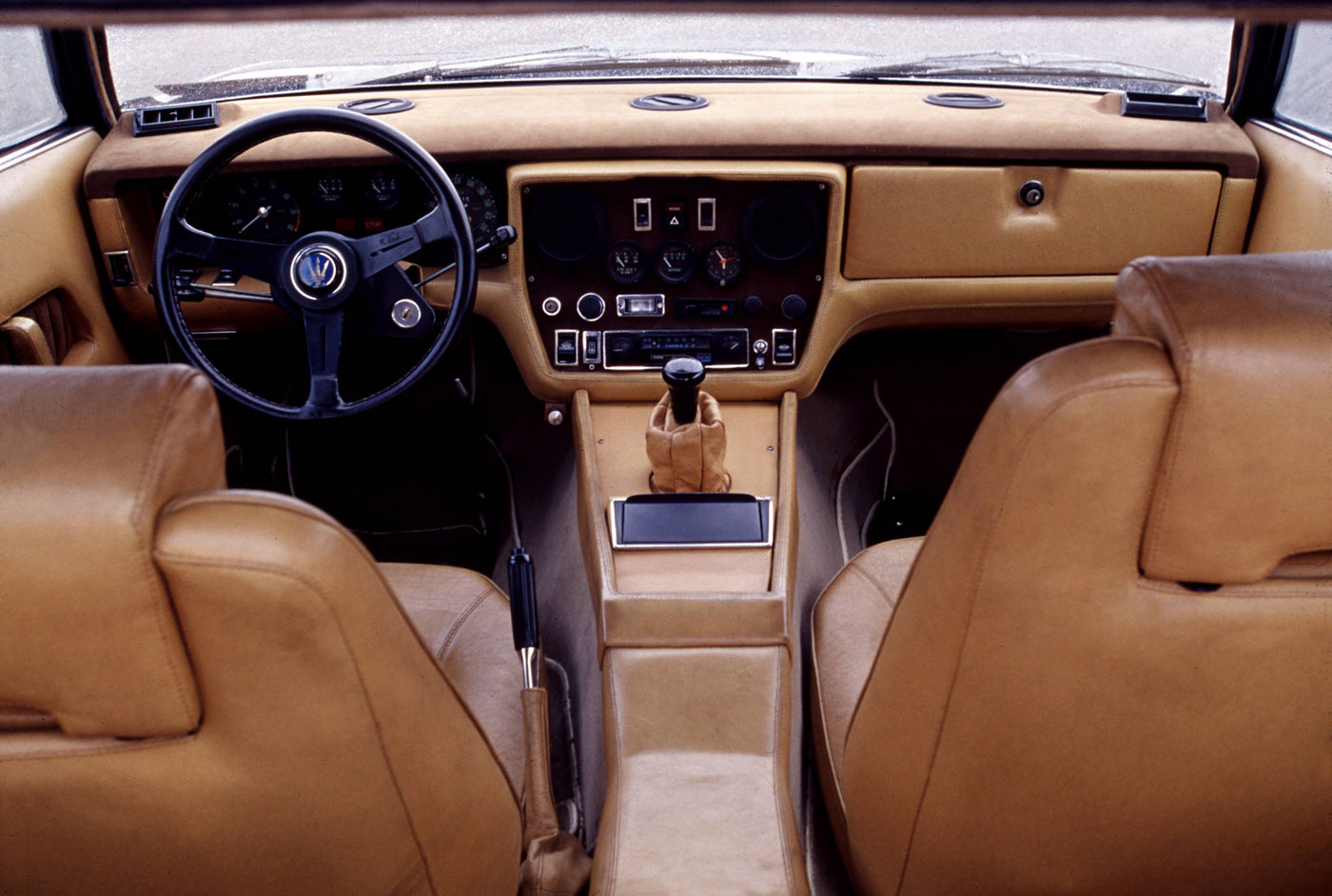 The wind lending its name to the new 2+2 coupé was a hot North-African desert gale blowing in Egypt and Libya. The Khamsin was a remarkable vehicle, it was not only the last work of Giulio Alfieri as head of Maserati’s engineering department, it was also Maserati’s first series production car to be designed by Bertone. The result was a streamlined, wedge-shaped car with elegant proportions. The mechanical base was still borrowed from the Ghibli, but now with independent rear suspensions. The self-supporting body rested on an unchanged 2.55 metre wheelbase, rear suspension, however, was entirely new with oscillating trapeziums and differential units mounted in a subframe, effectively reducing both noise and vibrations. The variable steering assistance was a legacy from Citroën, as were other high-pressure hydraulic applications: clutch, pop-up headlights and driver seat adjustment, as well as the brake system which was not appreciated equally by everyone. The Kamshin’s traditional Gran Turismo configuration – a large sports car with front mounted engine and rear wheel drive – marked the end of an era which would only return in the late 1990s with the 3200GT.