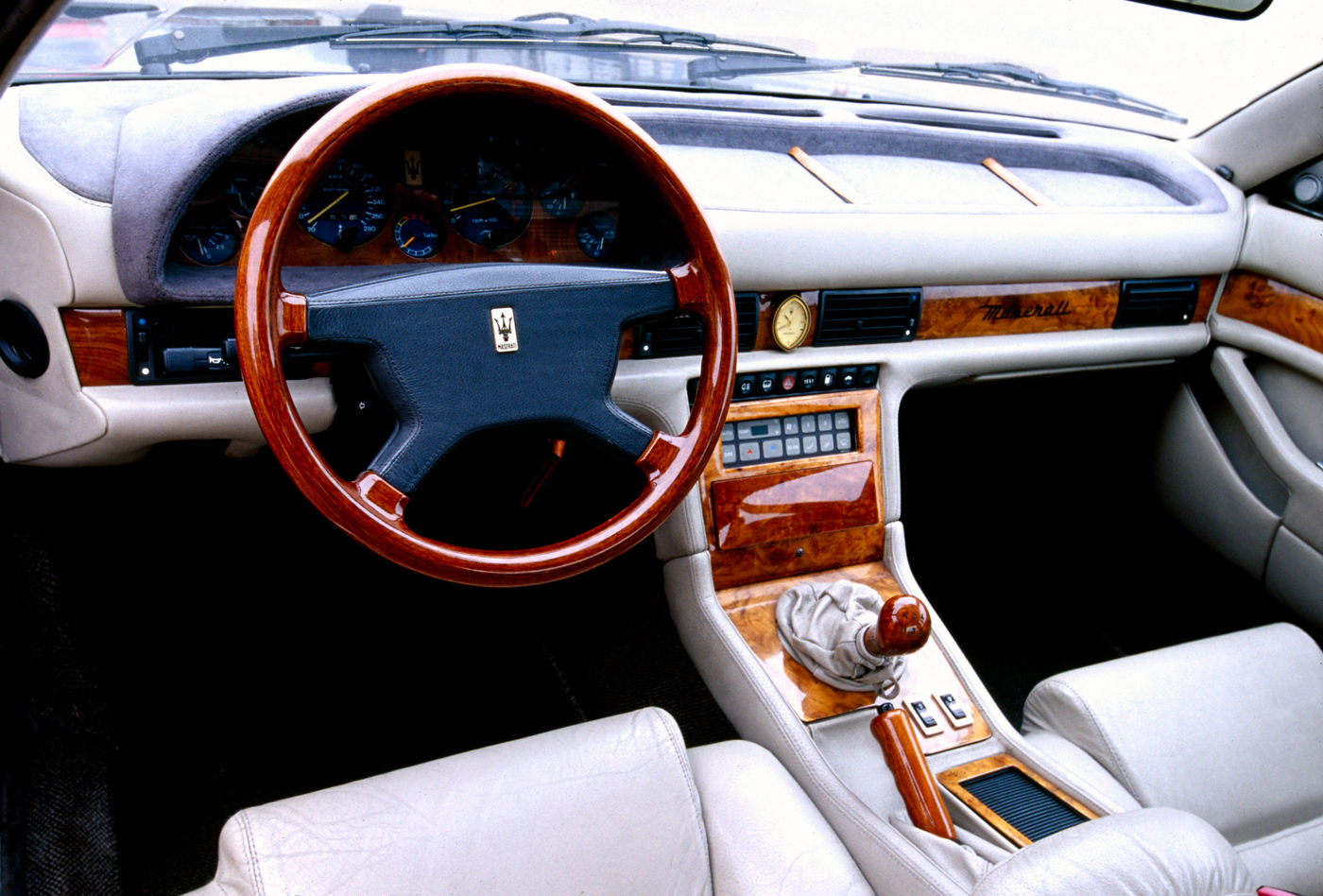 The Maserati Karif, presented at the Geneva Motor Show of 1988, was designed for pure driving fun. It had the same powerful 2.8L twin-turbo engine as used in the 228, but it was based on the shortened chassis from the Biturbo Spyder. The 114mm shorter wheelbase and the increased torsional rigidity thanks to the reinforced sills from the Spyder’s floorpan had a positive effect on the Karif’s handling. The rear seats from the Biturbo were sacrificed for the Karif. Instead, extra luggage space was available behind the front seats. This made the Karif ideal for long and joyful travelling for two persons. Later versions of the Karif were equipped with a catalytic converter which reduced the engine power. The Karif gained a reputation for being a demanding driver’s car, of which just 221 examples found their way into the hands of true enthusiasts.