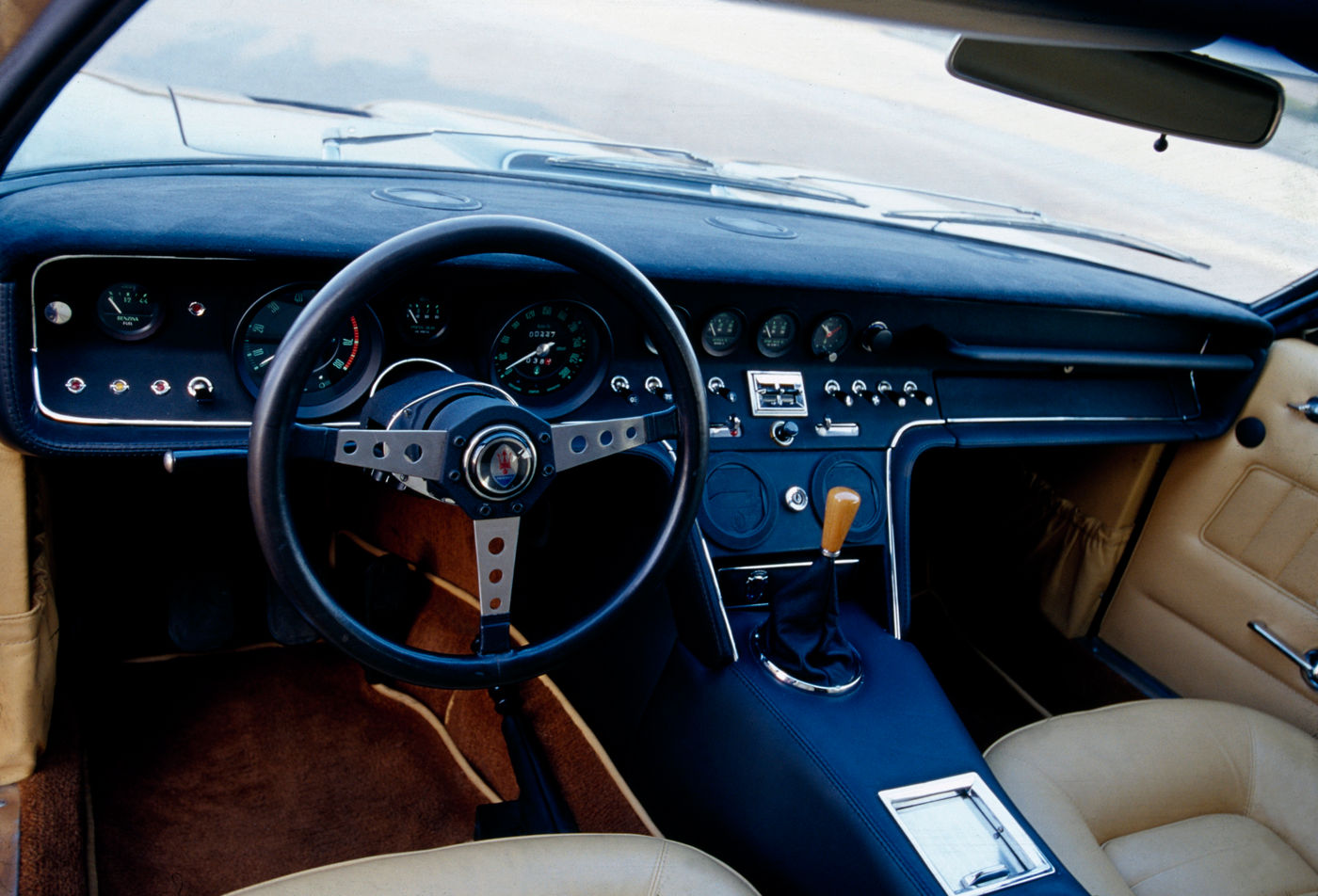 In 1966, a project was started for a new sporty Gran Turismo in the best tradition of the Maserati brand. Named after an Egyptian desert storm wind, the Ghibli had a fantastic asset in its striking visual appearance, and it could easily have sold on its looks alone. The dramatic styling was the work of a young Giorgetto Giugiaro, at that time working for the Ghia studio in Turin. The body of the Ghibli was perfect in every detail and is still regarded as one of Giugiaro’s most beautiful designs. A true thoroughbred GT, it was originally conceived as a two-seater, despite being 4.69 metres long and having a wheelbase of 2.55 metres. However, the production versions had a 2+2 seat configuration. The V8 engine from the Quattroporte/Mexico adopted a dry sump lubrication system in order to fit under the long and low Ghibli bonnet. From 1969, the Ghibli was also made available with a 4.9L engine, named Ghibli SS, and an open Spyder version was added, of which only 125 units were produced. The project was principally overseen by Engineer Alfieri and it was unveiled at the Turin Motor Show in late 1966 on the Ghia stand, with deliveries starting in March of the following year. The steel bodies (with an alluminium bonnet) were manufactured by Vignale.