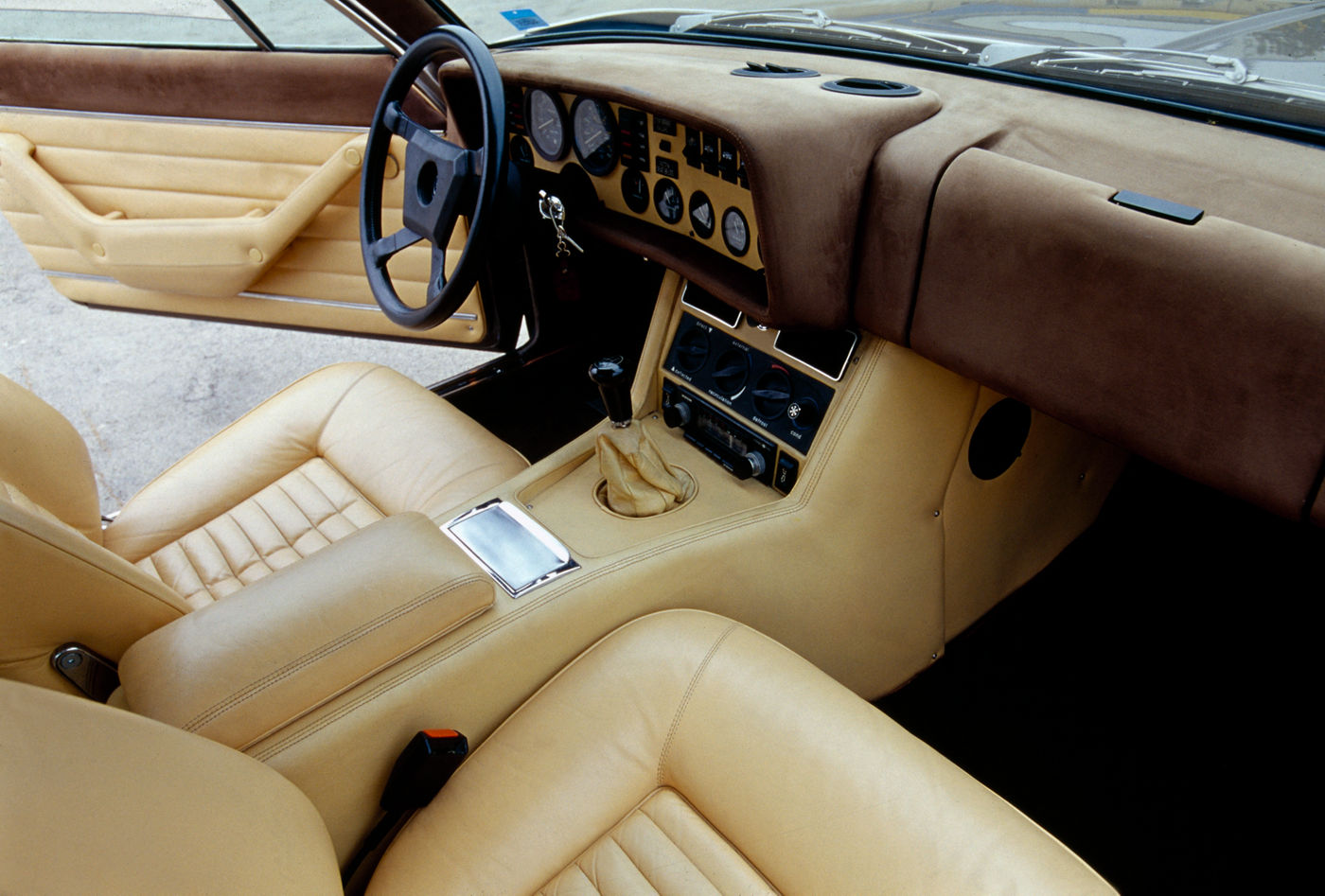 The Kyalami indicated at the same time the end and the beginning of an era. It was the last Maserati coupé equipped with the illustrious V8 engine and it was the first developed under the new ownership of Alejandro De Tomaso. The Kyalami was actually based on De Tomaso’s own Longchamp model, but the Ford-Cleveland V8 was removed in favour of Maserati’s own four-cam V8, and the original design from Tom Tjaarda was elegantly reworked by Frua. Only 200 units were produced of this car that was named after the South African race track where the Maserati-engined Cooper Formula 1 cars scored an important win almost ten years earlier.