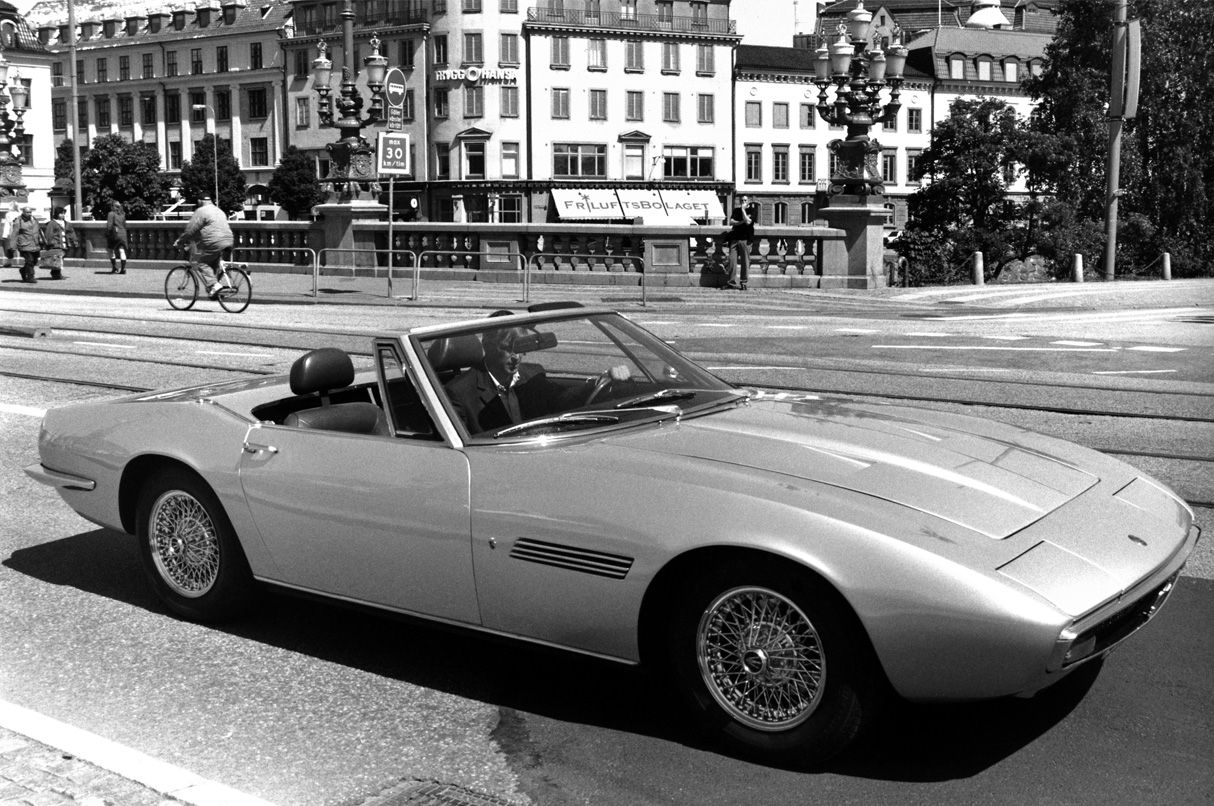 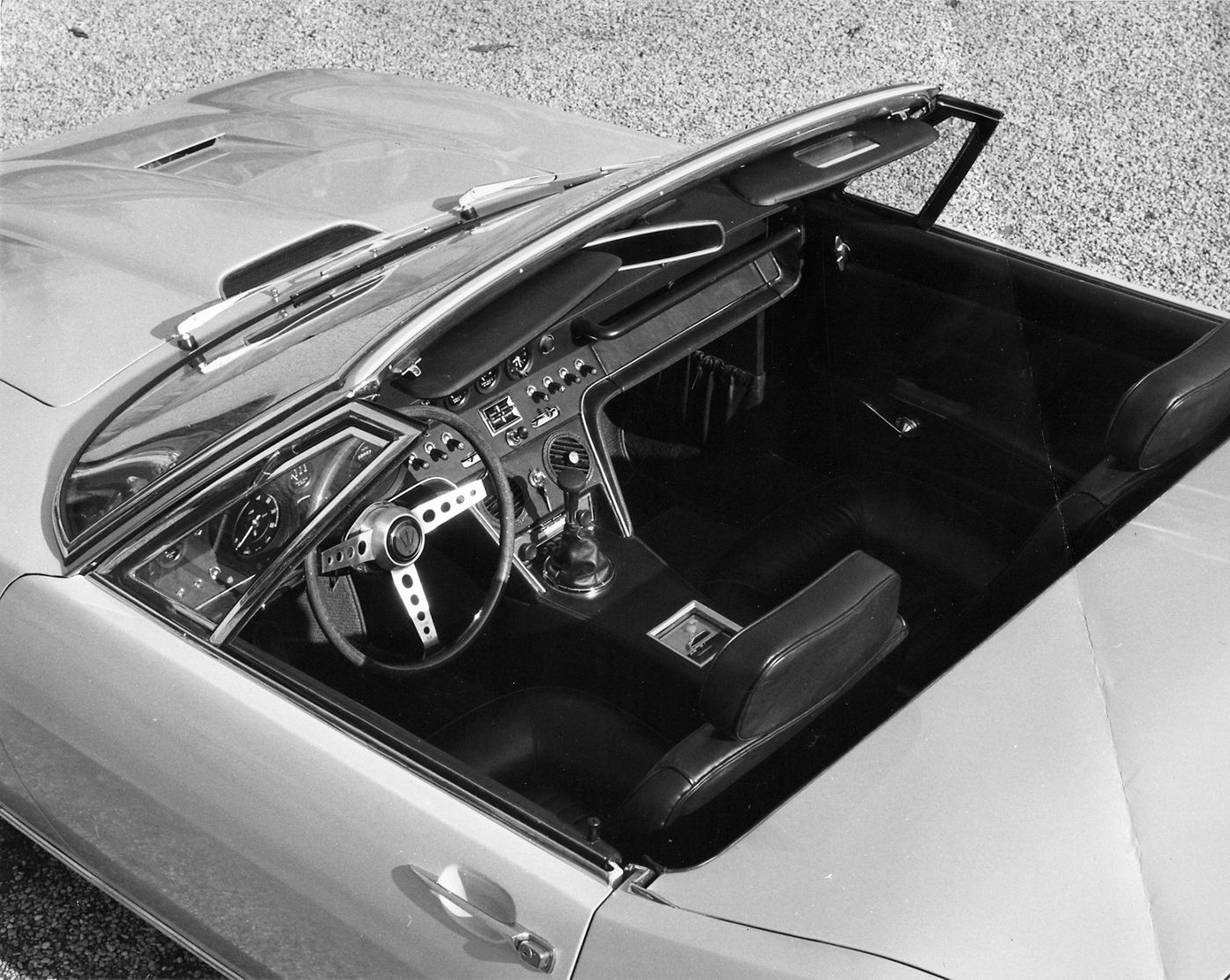 The clean lines that characterised the Ghibli were a visual delight, and settled Giugiaro's reputation as a master in automotive design. The coupé's classic proportions of a front-engine configuration with a long bonnet and steeply raked windscreen could perfectly be adapted for an open-top spyder version. The Ghibly Spyder was strictly a two-seater; its fabric roof folded away neatly underneath a rear deck panel behind the seats and could be raised or lowered in just a matter of minutes. A stunning factory hardtop with large windows made the car a practical companion for all seasons, although only between 20 and 25 Ghibli Spyders were ever sold with it, making it an accessory that is in high demand amongst collectors today. Along with the Maserati Simun concept car, the Ghibli Spyder was one of the last projects Giugiaro worked on for Ghia in 1967 before setting up his own consultancy, Italdesign. Like the coupé model, the Ghibli Spyder was available with both 4.7L in standard form and a more powerful 4.9L for the Spyder SS. With a 335hp and a 270km/h top speed to match its stunning looks, the SS was one of the most desirable production cars in the world at that time, and also one of the most expensive. Of just 125 Ghibli Spyders sold in the five years that the model was available, only a fifth were to SS specs; which makes it today a universally recognised and much sought after classic. An automatic gearbox could be fitted upon request and a significant number of Ghiblis were sold with it, as the United States was the model's main market. At the Turin motor show in late 1970, minor changes were introduced to the Ghibli model line up, mainly involving the headlights, dashboard and headrests.