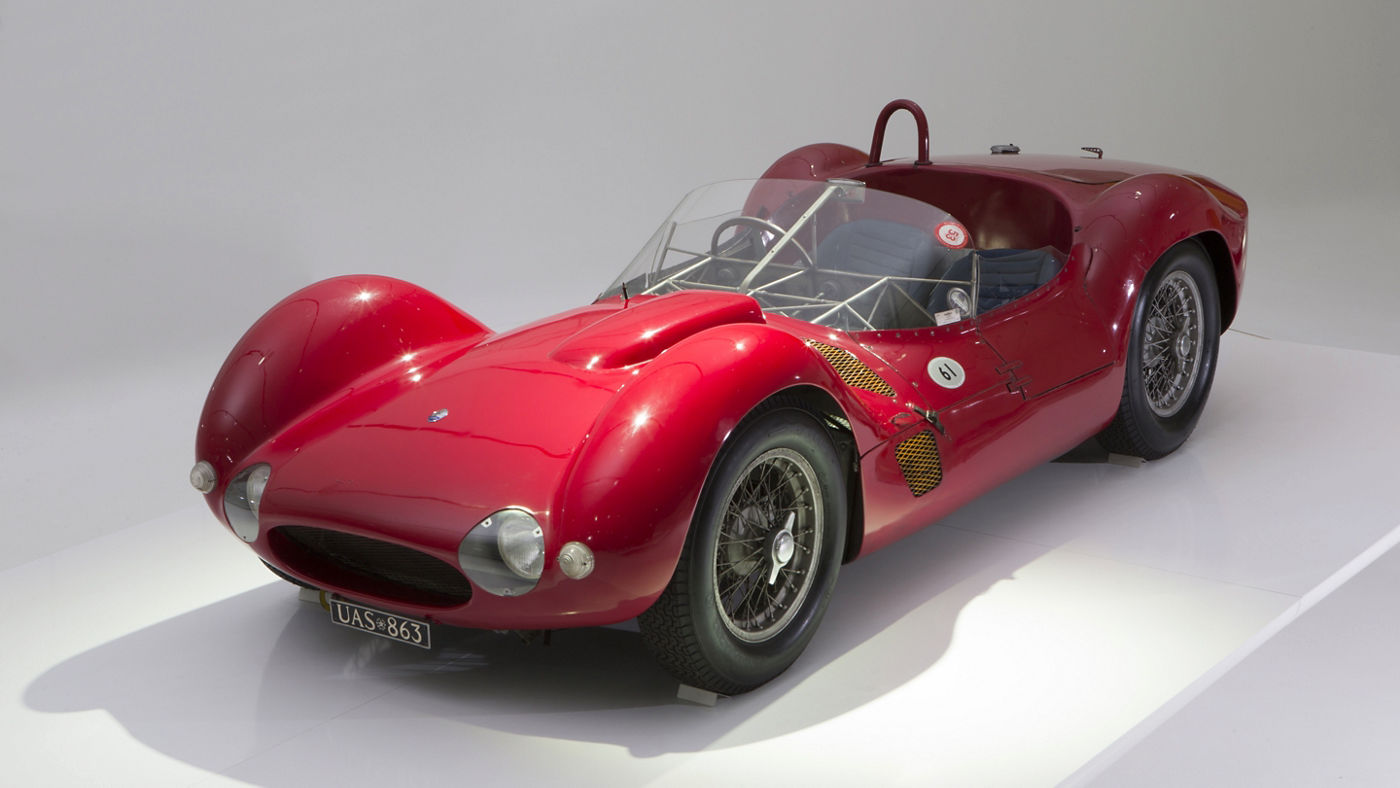 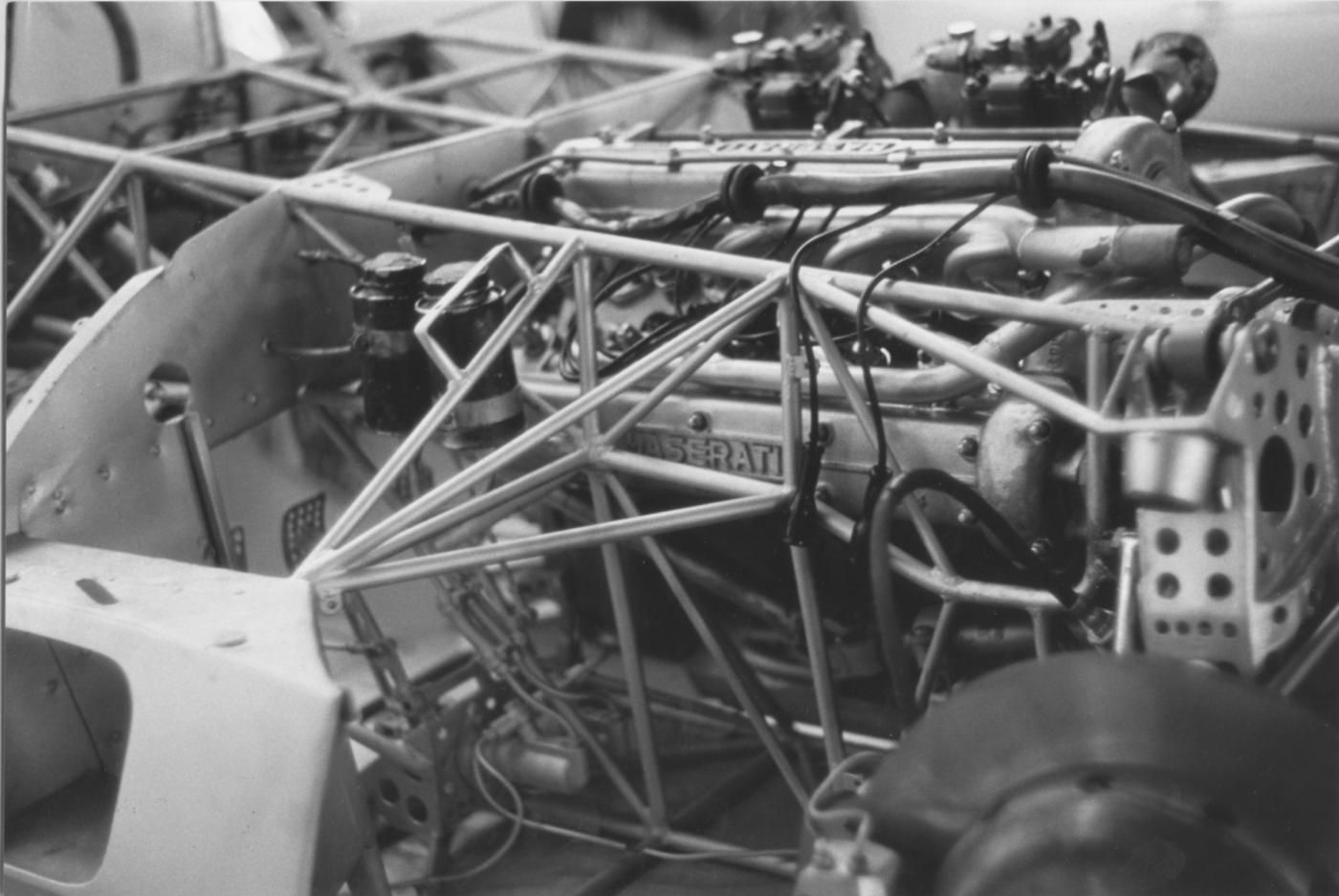 The Maserati Tipo 60 represented a revolution in sports car design. It was built for privateers competing in sports car racing in the 2-litre category, replacing the 200S model. By the late 1950s, many British car manufacturers were moving towards innovative and expensive monocoque structures as opposed to the traditional ladder frame chassis. Chief engineer Giulio Alfieri, who had limited funds since Maserati was still recovering from a difficult economic situation, had to come up with something truly innovative to compete.

And this was exactly what he did: He created a space frame made of approximately 200 small-section tubes, arranged in triangular formations and reinforced in high-stress areas. The result was an extremely light construction that offered exceptional torsional rigidity at the same time. A partly similar solution was already experimented in the latest evolutions of the 250F Formula 1 car. The Tipo 60’s engine was mounted well behind the front axle and tilted 45° to the right to lower the centre of gravity and keep the bonnet line low. The transaxle transmission derived from the one used in the 250F. Front suspensions were independent, while a De Dion axle was used at the rear. Telescopic dampers and disc brakes were used all round. Steering was done by means of a modern rack-and-pinion type steering box.

As it is often the case when innovations push the current boundaries, the Tipo 60 received its fair part of criticism when it appeared in the racing scene. The car was purposely designed for the new sports car era of the 1960s, representing a shift from the great endurance races held on public roads such as the Mille Miglia, by then a thing of the past, to the race tracks and closed street circuits. The nimble Tipo 60 had little in common with the robust sports cars of the 1950s, and had lost any resemblance to the original idea of the road car used for participating in racing. The Tipo 60’s extremely low body line and high protruding wheel arches gave it a somewhat odd look. The windscreen, that had to comply with minimal dimensions by technical regulations, was inclined so far backward that it hardly offered any wind protection to the driver. Instead, it offered a look on the groundbreaking chassis design. The car soon received its nickname Birdcage, even though it was never officially named that way.

The success of the 2-litre Tipo 60 on the Italian home market, and the suggestion by factory driver Stirling Moss that the chassis could easily handle more power, led to the introduction of the Tipo 61 for international 3-litre regulations. The Tipo 60/61 cars had a significant weight advantage over the competition from Ferrari, Aston Martin, and Jaguar, and the excellent handling characteristics made the car loved by both professional and gentlemen drivers. The cars dominated the hill climb scene during the early 1960s, and scored many important victories including two overall wins at the Nurburgring 1000kms by Lloyd Casner’s Camoradi racing team. 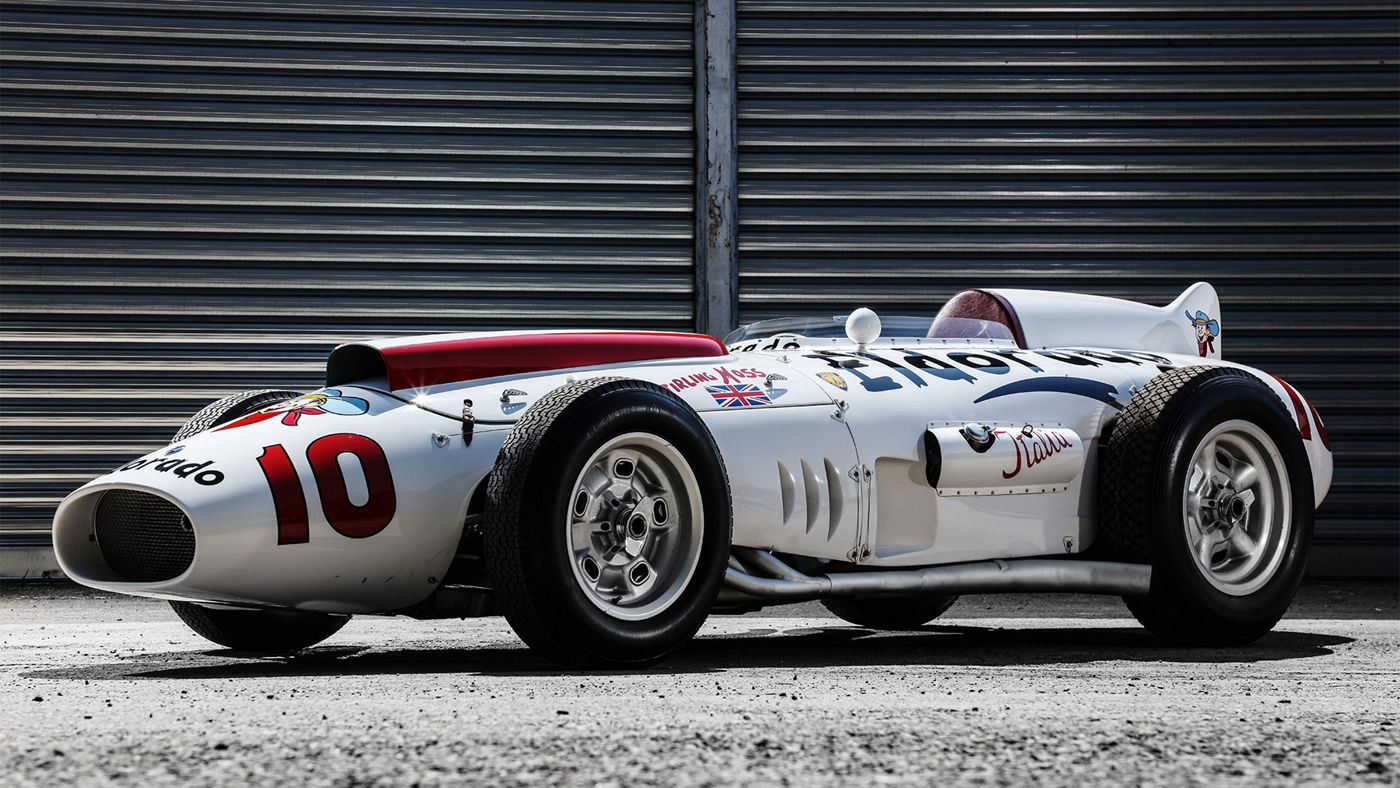