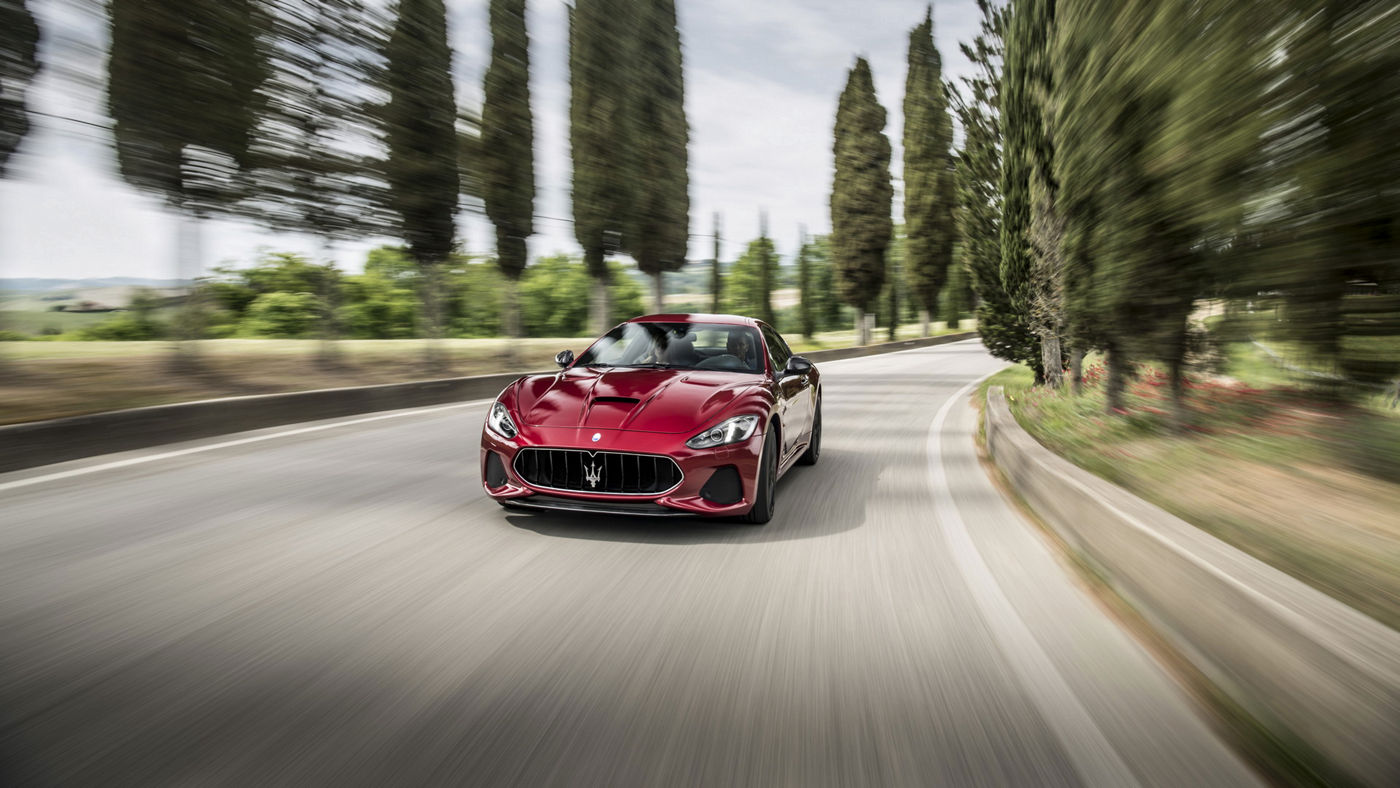 Close
turn on audio
turn off audio
GranTurismo
The purest form of excitement.
Build your own

The purest form of excitement.
Scroll down

The purest form of excitement.
collection
Get in touch
collection
configure your GranTurismo
GranTurismo Brochure 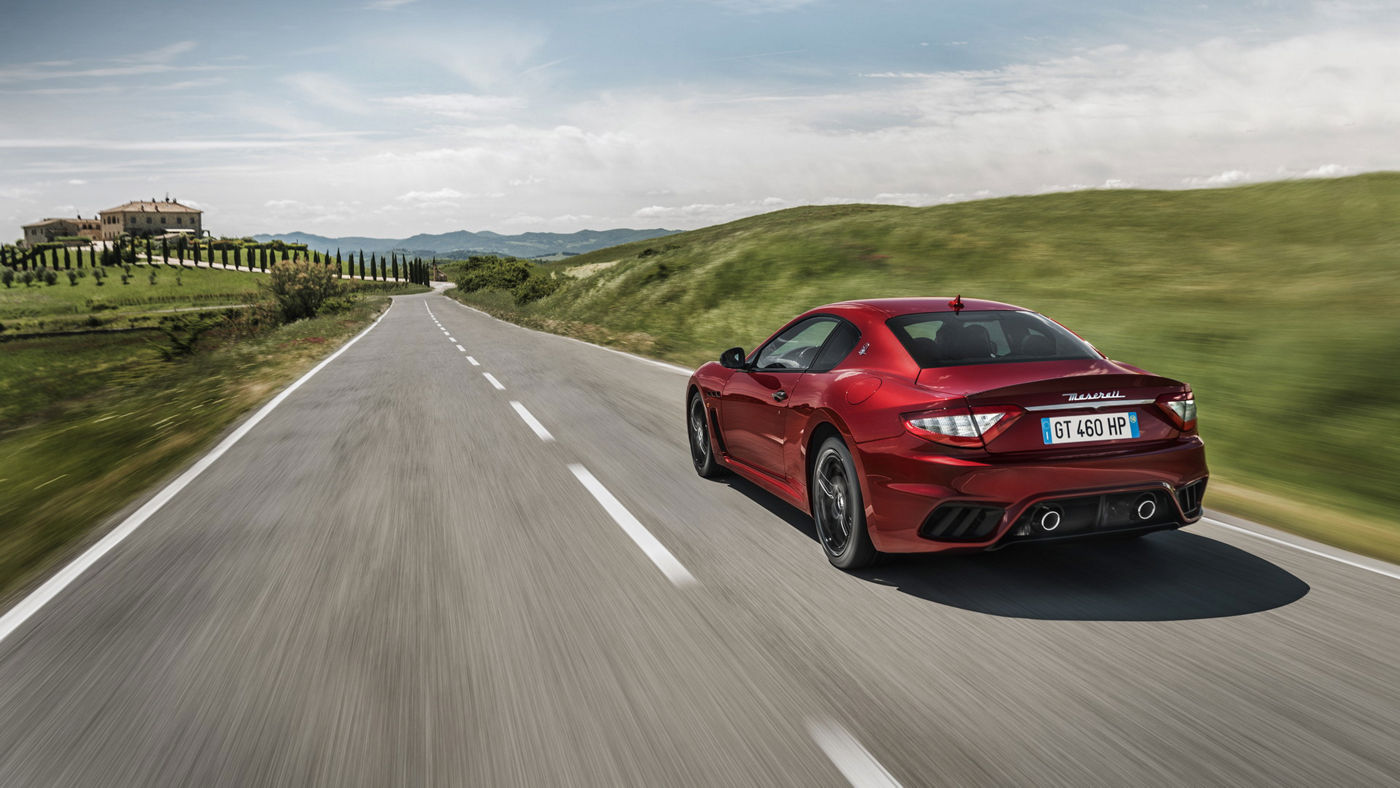 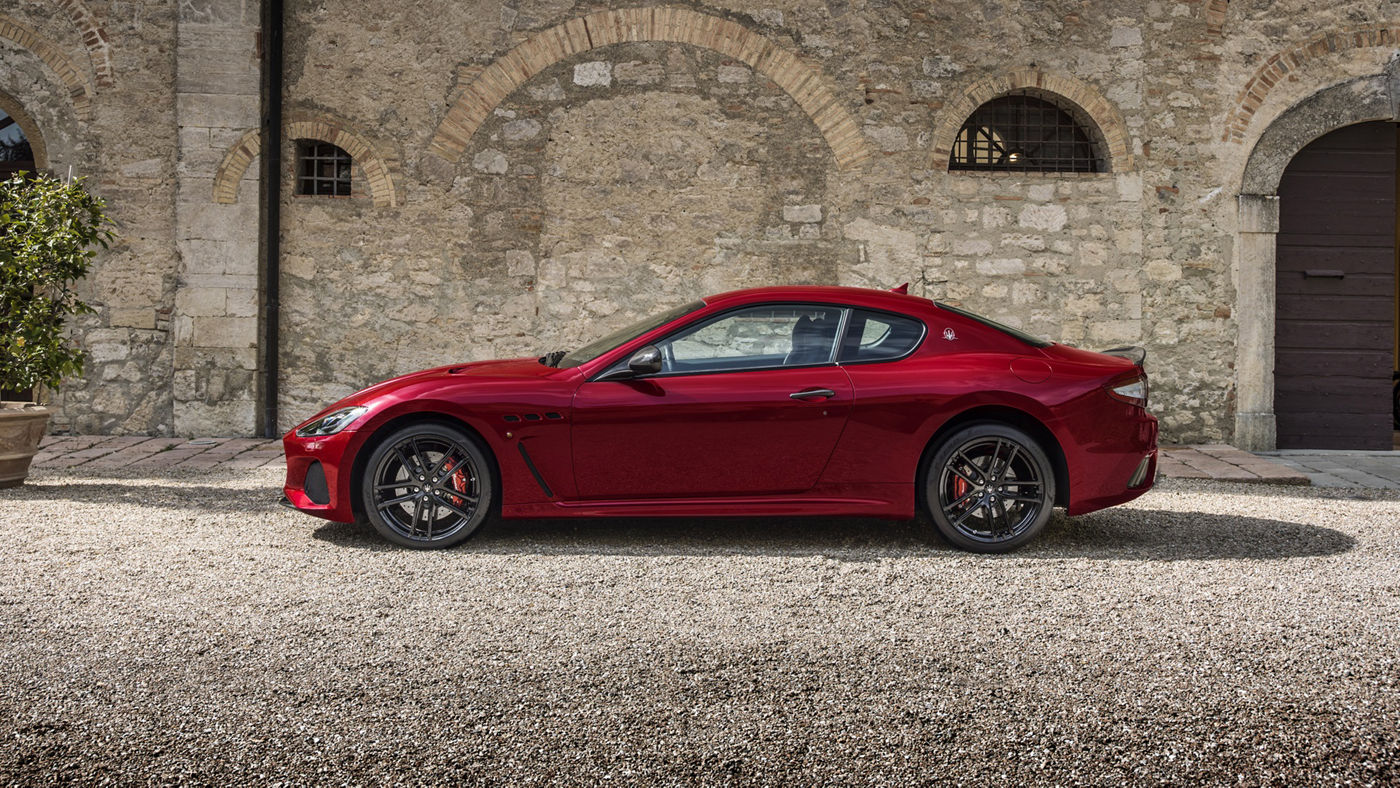 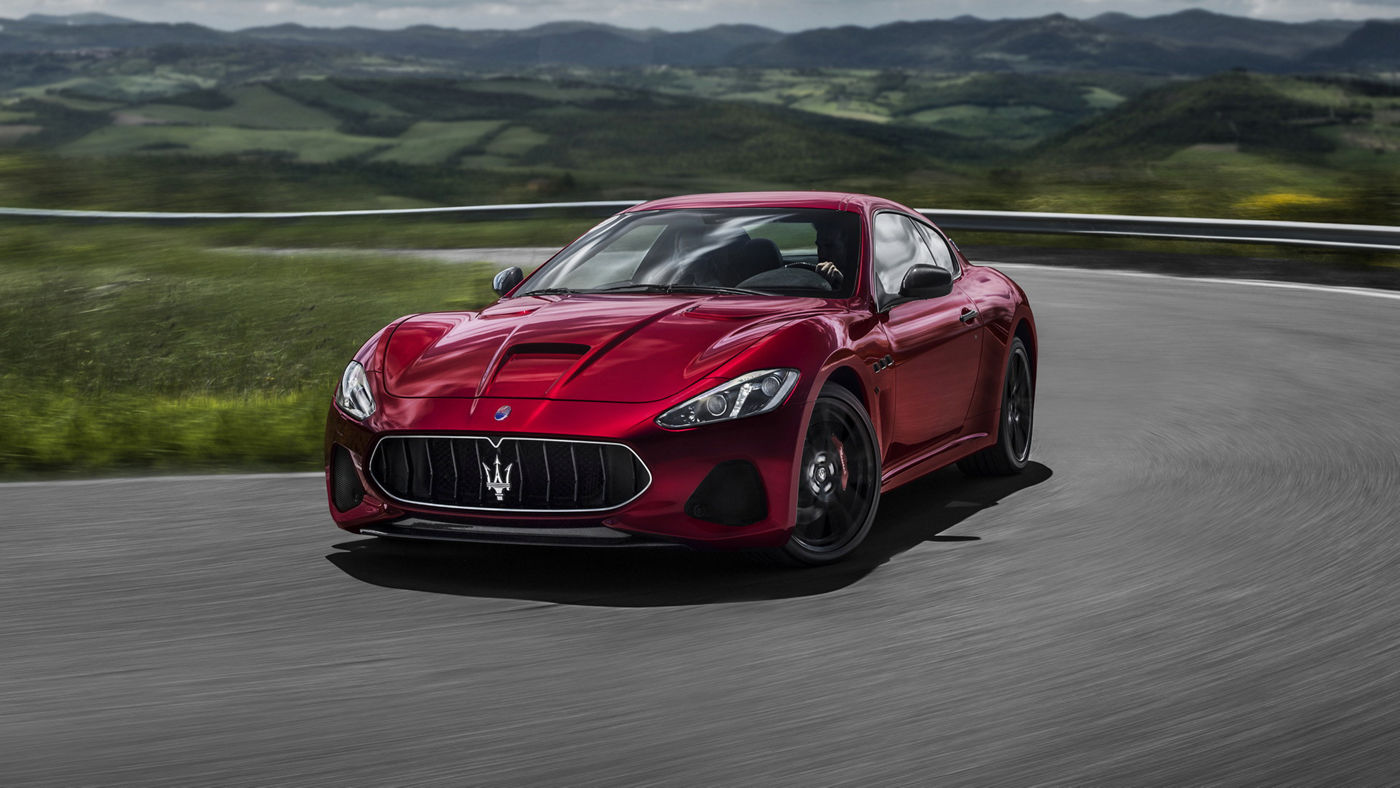 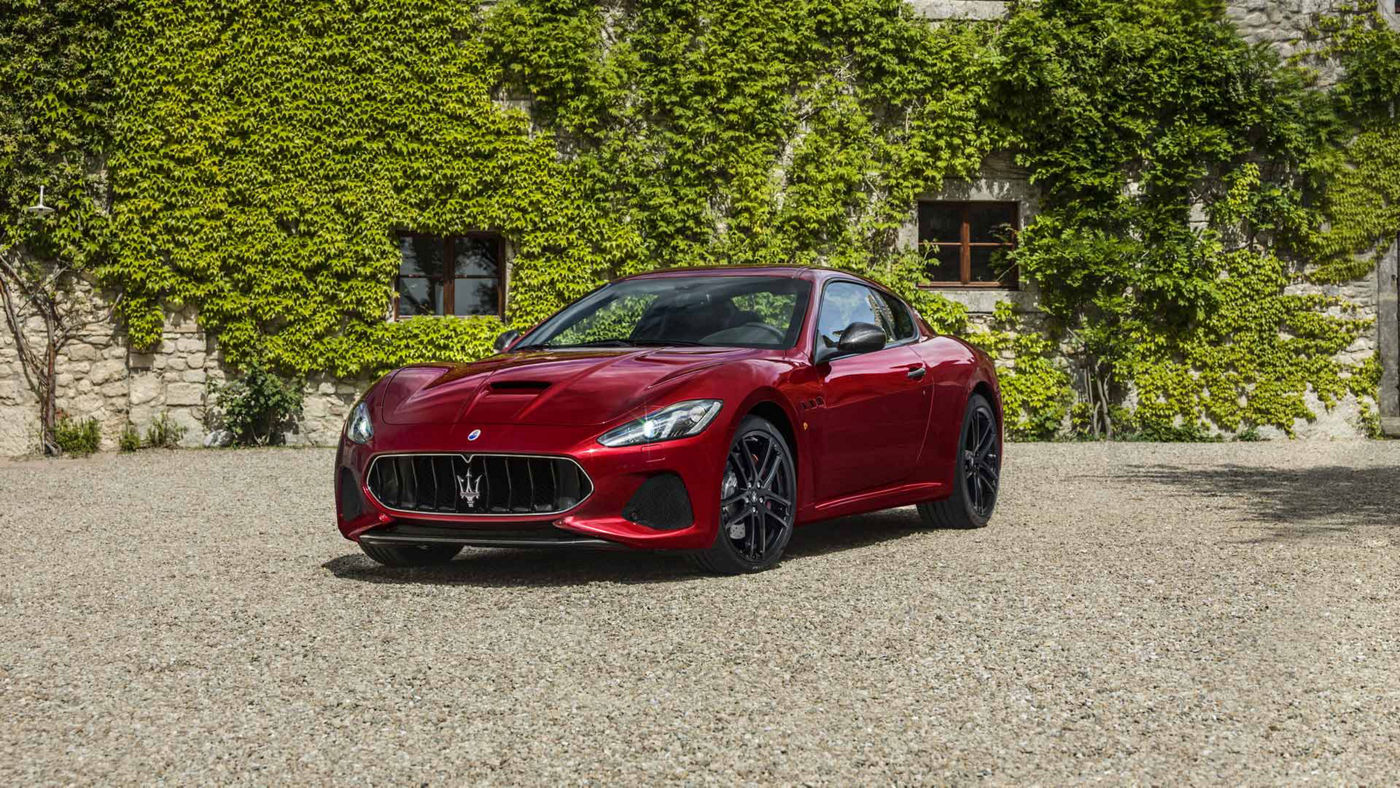 Uniquely, GranTurismo is at the heart of every single Maserati.

The original concept was enticingly simple. It involved fitting a sophisticated race car engine into a luxurious, handcrafted sedan.
Seamlessly combining these two worlds was, of course, far from simple. Yet it is exactly what Maserati did in 1947 with the A6 1500 GT Pininfarina and some years later with the 3500GT prototype: “The White Dame”. Such power had never been so beautifully packaged and delivered – opening up all kinds of new, long-distance possibilities. 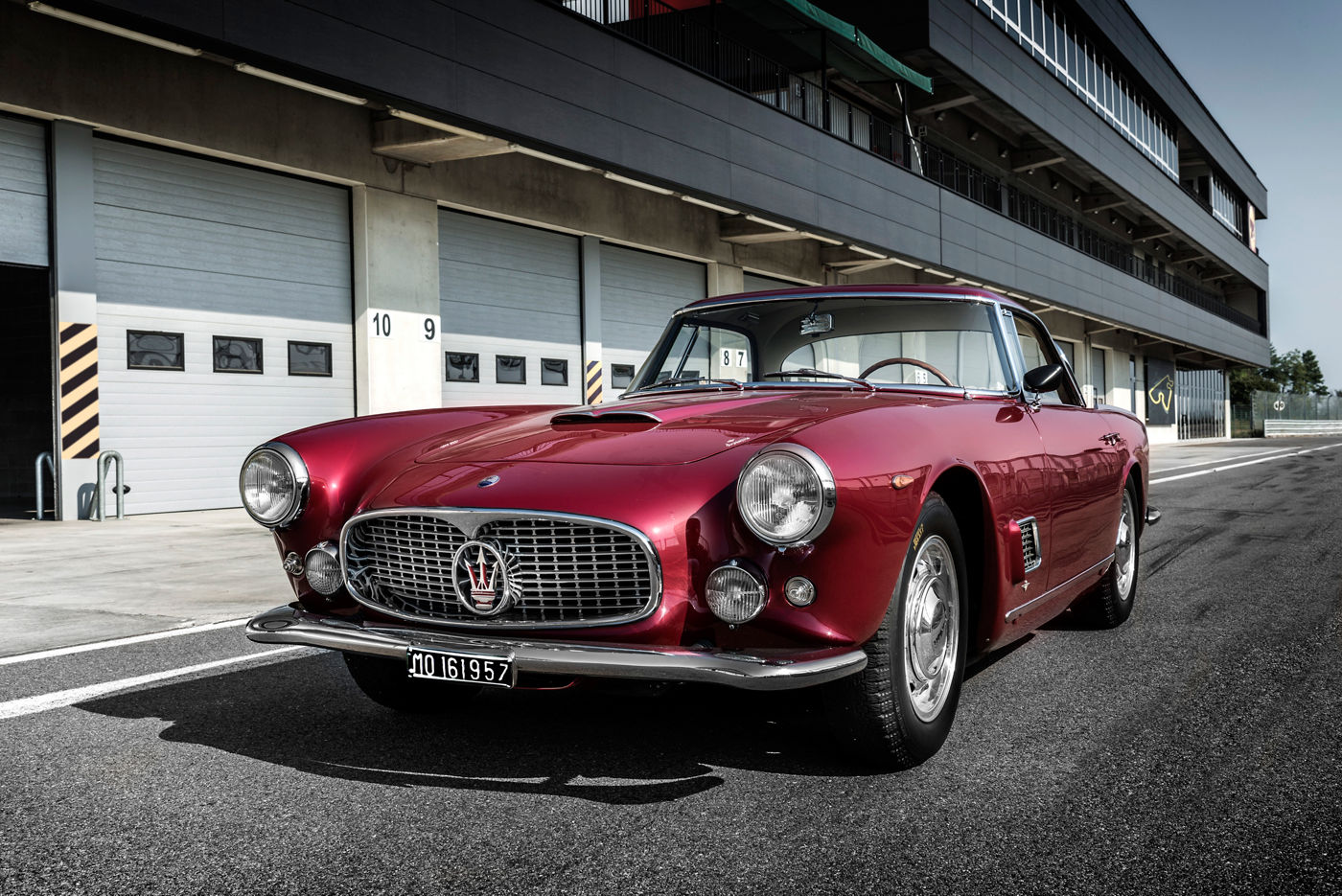 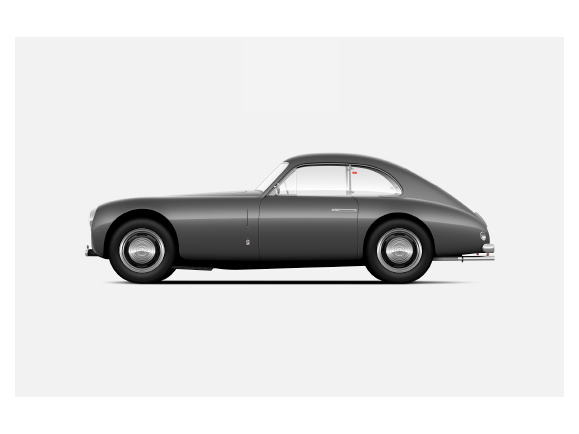 A6 1500
THE FIRST MASERATI GRANTURISMO

The prototype of what can be considered the first GranTurismo – i.e. the first Maserati destined for road use and not for racing – was unveiled at the 1947 Geneva Motor Show. It was christened ‘A6’ – A in honour of Alfieri Maserati and 6 denoting its straight-six engine. Its incredible styling was the work of the renowned designer Pininfarina. Featuring a tapered two-seater cabin, three horizontal ventilation inlets on the wings and futuristic hidden headlights, the design and originality were immediately appreciated by the public. 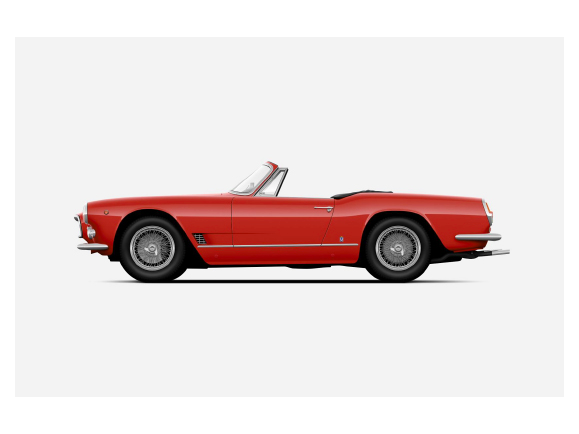 The 3500 GT coupé was launched at the 1957 Geneva Motor Show, it marked the company’s entry into the growing grand tourer market and soon became a favourite of Italy’s celebrities and business leaders. A roadster version followed in 1959 - the stunning 3500 GT Spyder Vignale, designed by Giovanni Michelotti, the leading stylist at the renowned coachbuilders, Vignale. This soft-top Maserati was a masterpiece of proportion and was described in the press as a ‘rolling work of art’. 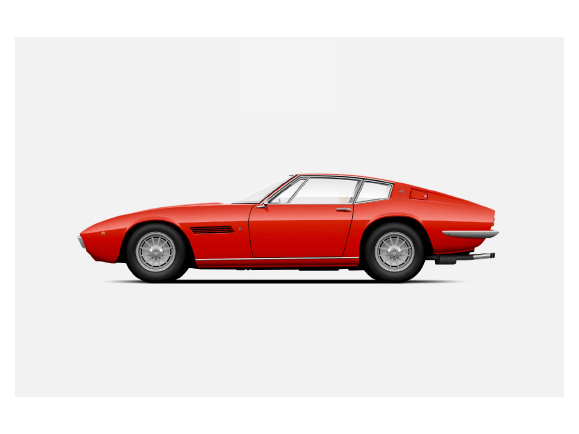 The late 1960s saw the birth of the supercar and some of the most revolutionary and breath-taking designs ever conceived. Amongst the true greats of this era was the Maserati Ghibli. Named after a Saharan wind, it was considered an automotive portrayal of ‘la dolce vita’. It featured exotic elements such as pop-up headlights, electric windows and magnesium alloy wheels. Plush sports seats, with wide ribs, rounded cushions, and a reclined driving position made this car a truly comfortable grand tourer, whilst a spacious 24 cubic foot boot and large twin fuel tanks enhanced its practicality. 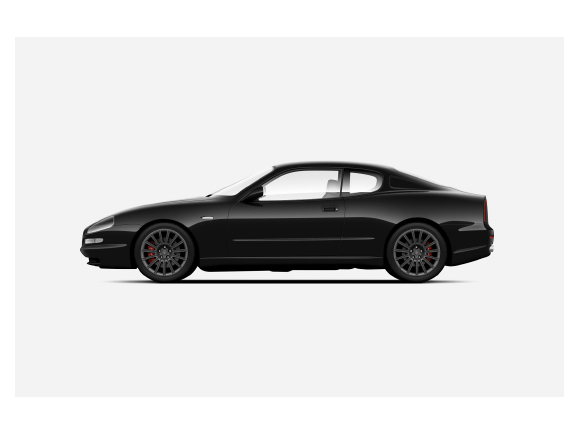 Launched in 1998, the 3200 GT was the first of a new generation of Maseratis produced under Ferrari management. Innovative and visually dramatic, it also had all the power and performance that customers expected of the marque, being capable of an impressive 174 mph and 0-62 mph in 5.1 seconds. In 2001, Maserati launched a special limited edition of the 3200 GT, named Assetto Corsa. Its interior featured perforated Connolly leather seats, sporty drilled aluminium pedals, and 'Assetto Corsa' scripts on the sill kick panels. The complexity of its upholstery was a testament to Italian expertise and fine craftsmanship in leatherwork. 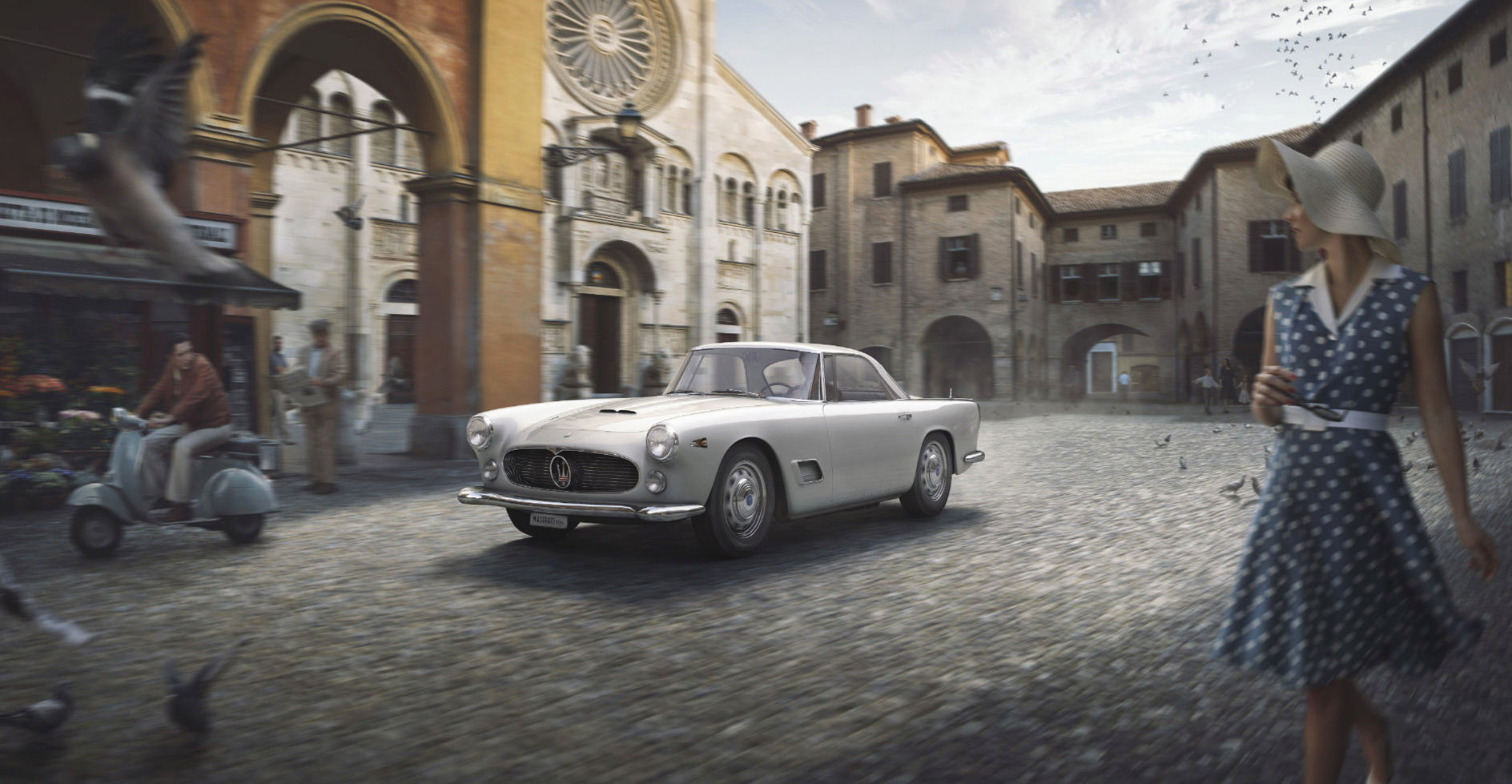 Sixty years ago, ‘The White Dame’, as the early 3500GT prototype was nicknamed, represented style, success and romance in the post-war economic boom. 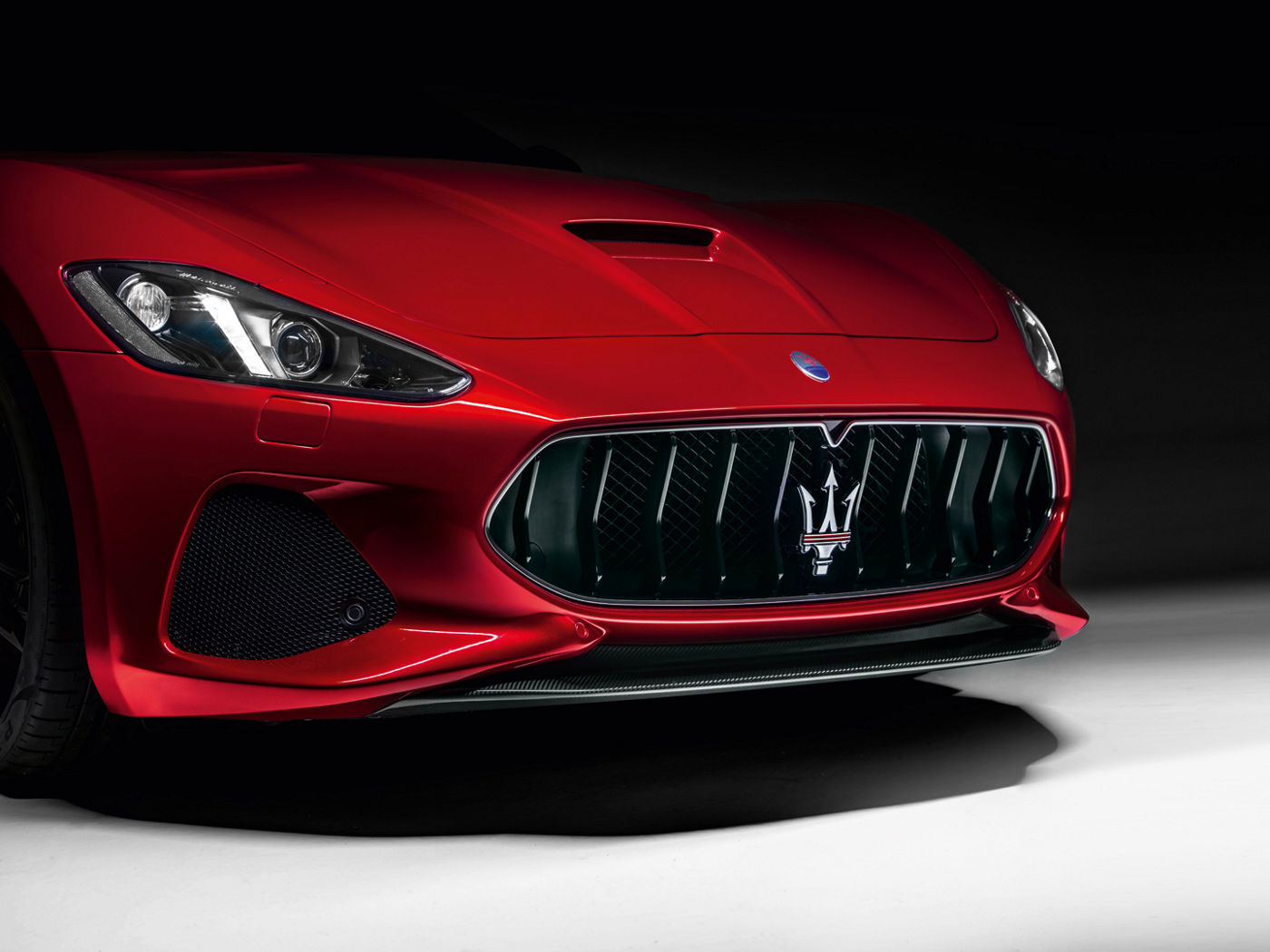 The striking, completely restyled front end is dominated by a new, deep-cut oval front grille proudly bearing the Maserati Trident in chrome, with bold red detailing: a tradition reserved only for the most powerful Maserati models.
The Sport version features an elegant new trim, for the steeply raked Bi-Xenon headlights with Adaptive Light Control. 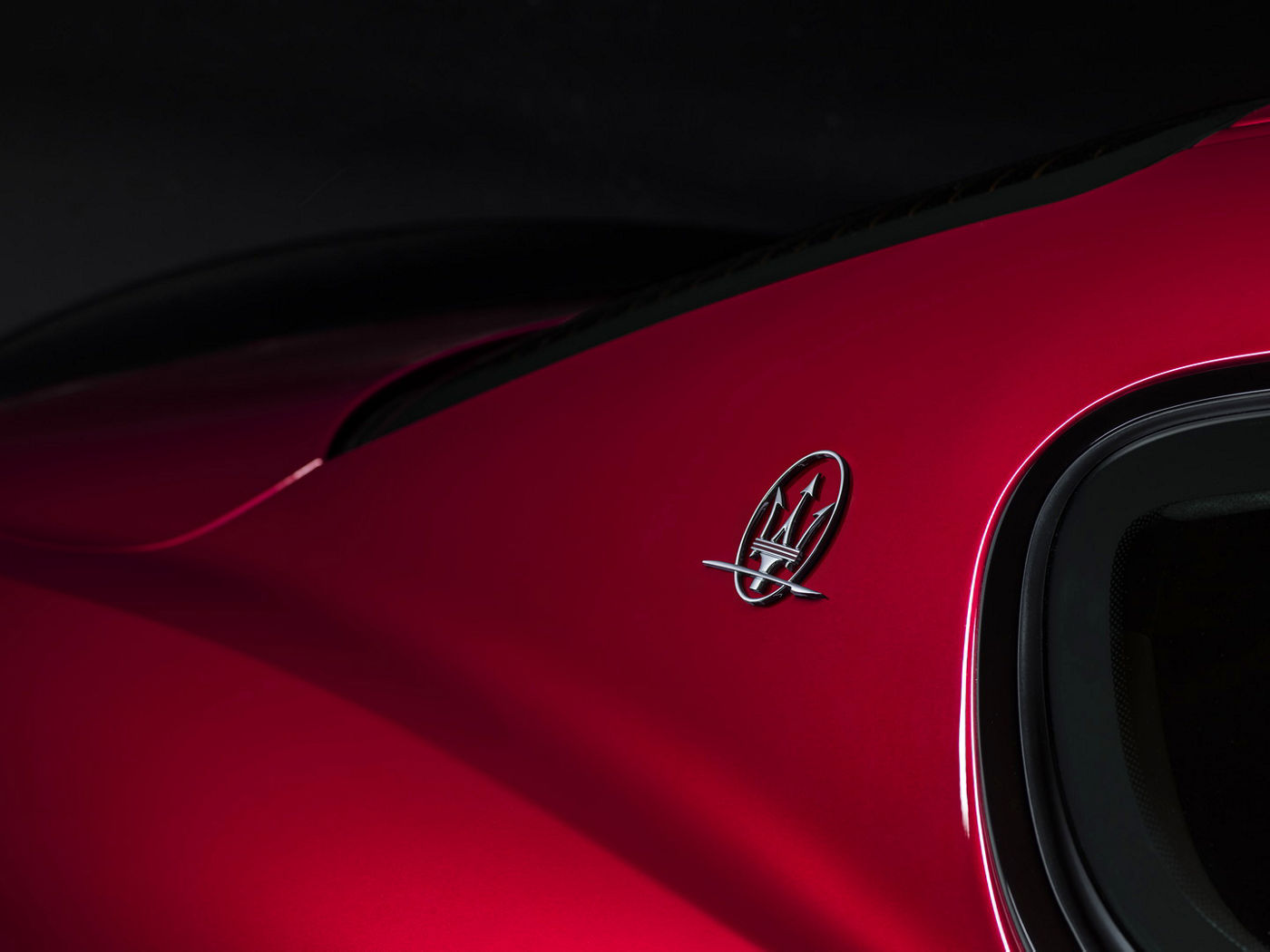 The side profile is inspired by the historic Tipo 60/62 Maserati ‘Birdcage’ and features signature styling cues such as the triple air vent apertures in the front flanks and triangular C-pillars, which house the iconic Saetta logo. 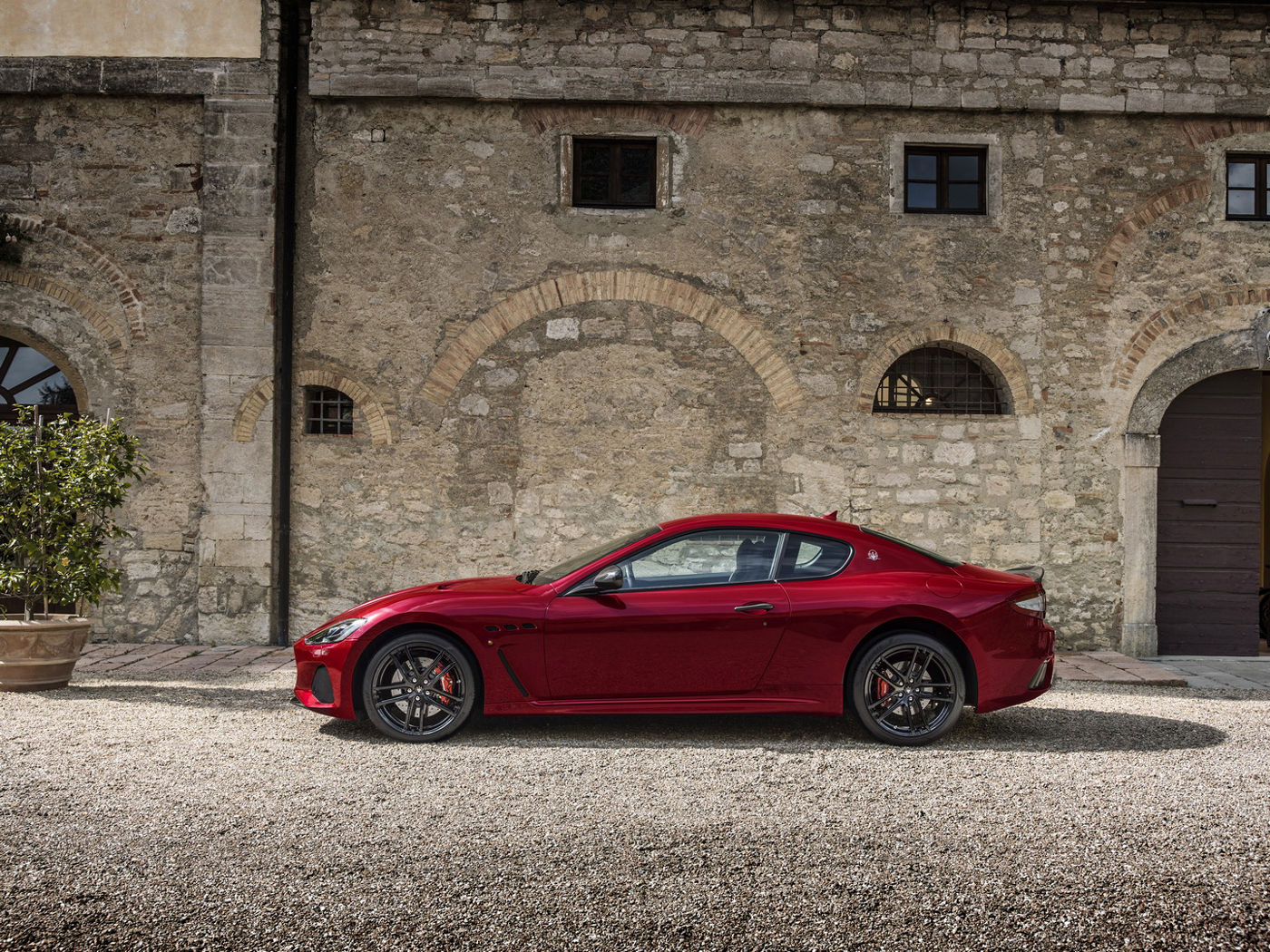 The GranTurismo MC’s most striking exterior feature is the optional lightweight carbon fibre bonnet, with an aggressive central air intake and two large air vents, modelled on those of the MC Trofeo. 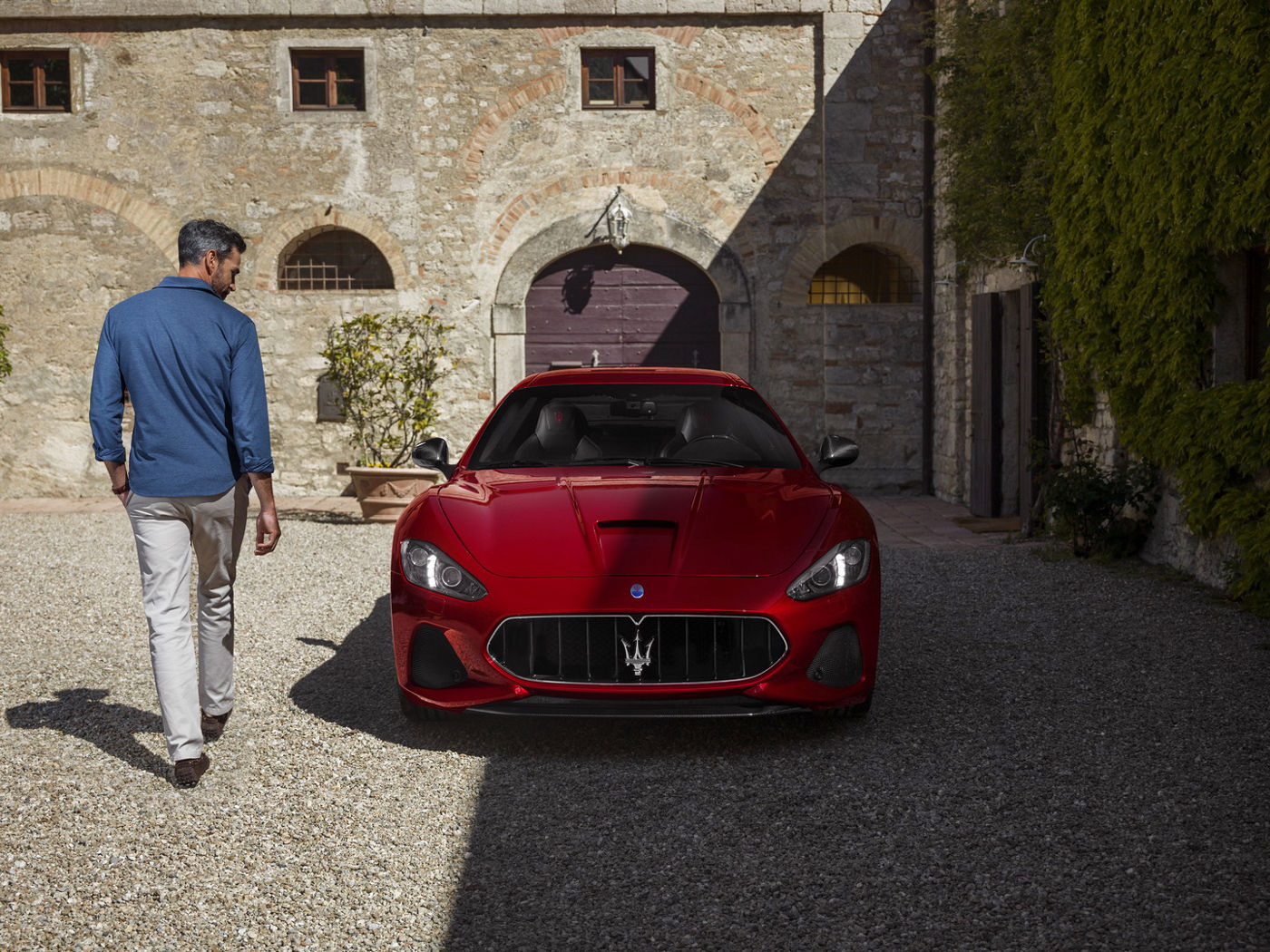 The comfort of total control

On the all-important functional level, the front spoiler, side skirts and slots in the re-profiled front bumper combine to maximise downforce at high speeds and cool the brakes. 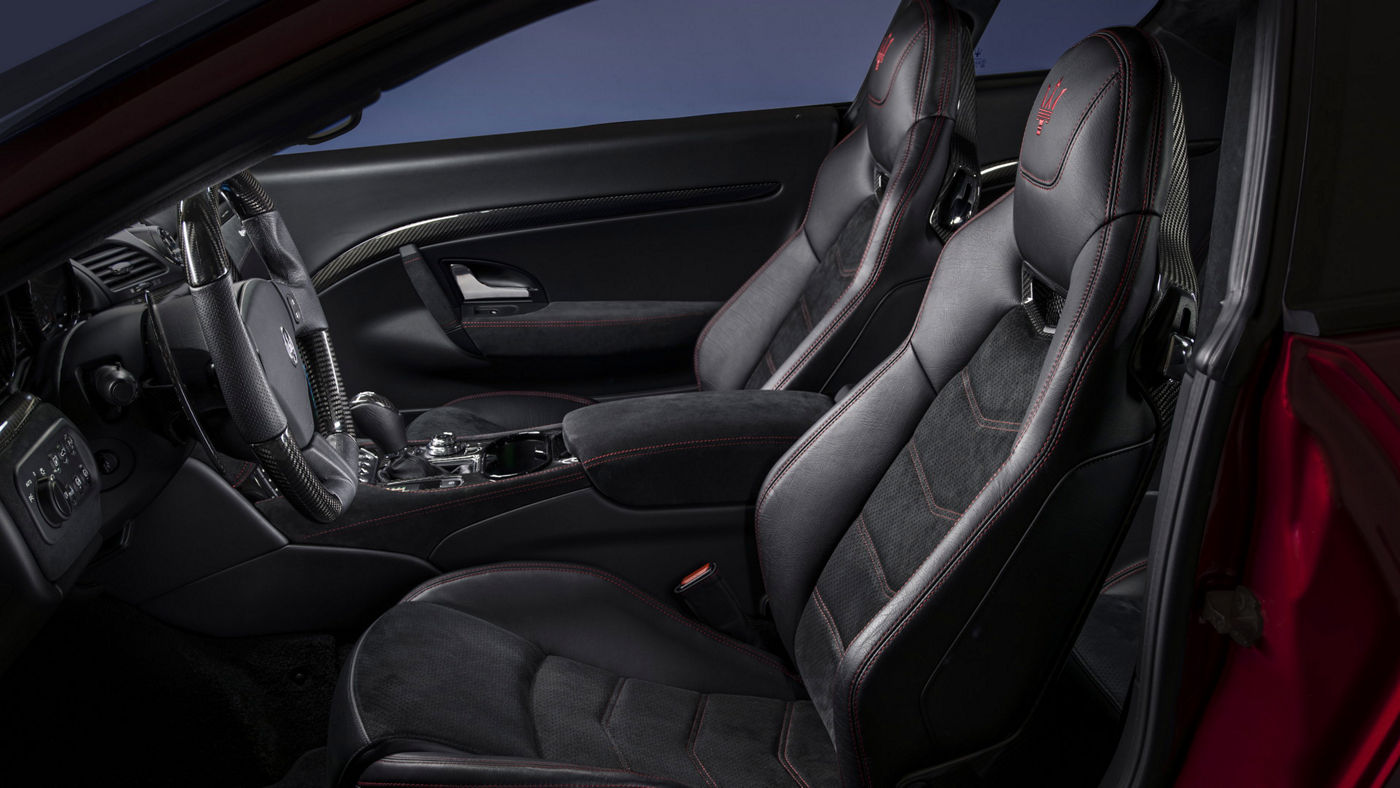 Refinement in the raw

The interior of the GranTurismo MC presents a compelling mix of stripped down motor sports innovation, soothing comfort and progressive technology. The front sports seats have optional carbon fiber backs while also featuring the luxurious contrast of optional Poltrona Frau™ leather and Alcantara. 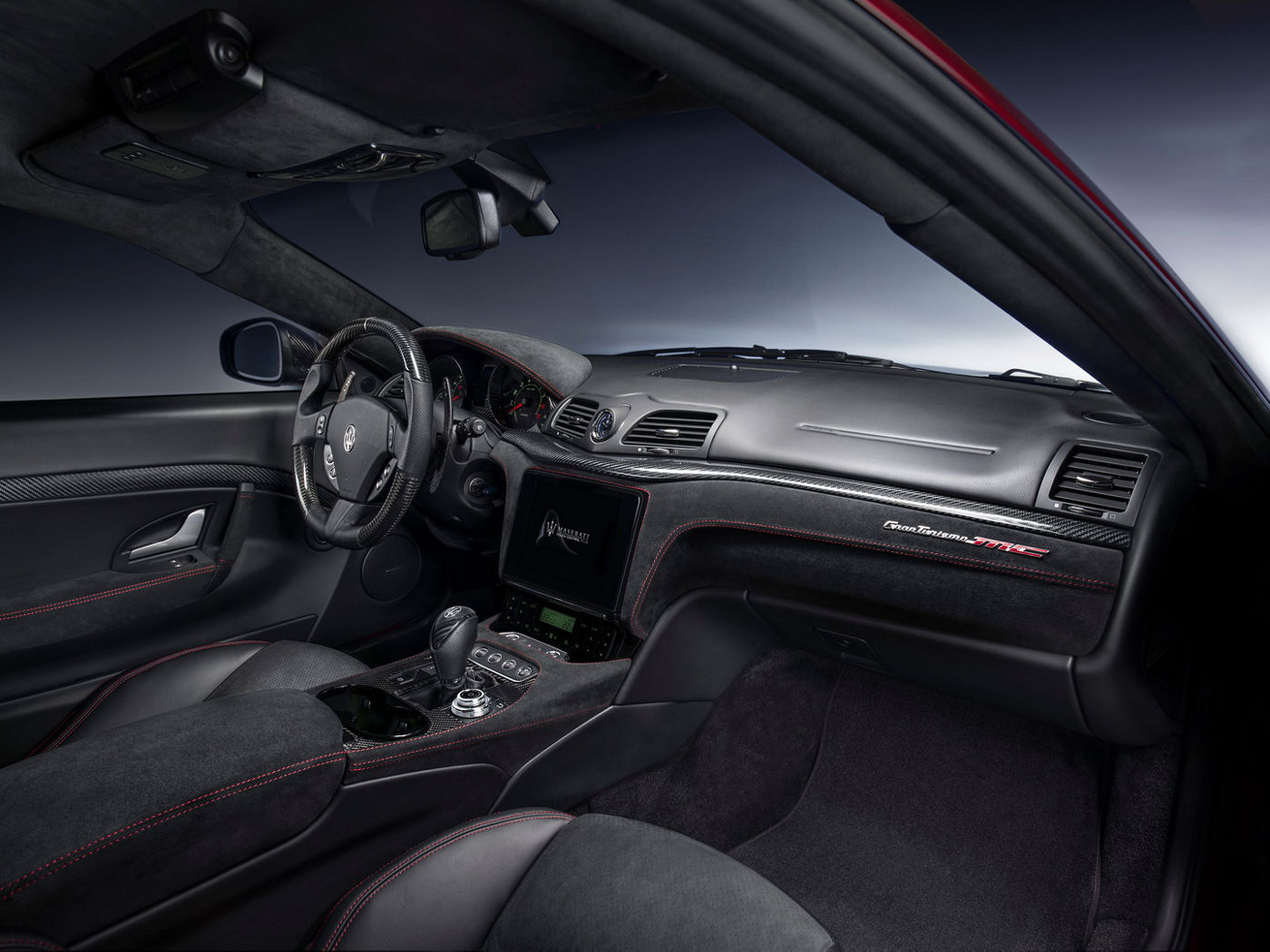 The interior picks up on the dynamic themes of the exterior – with fine-tuned luxury and a sense of boundless potential. Soft and tactile Alcantara trim on the backs of the Sport steeringwheel-mounted gearshift paddles, for instance, elegantly invite the driver to fully exploit the formidable 4.7-litre V8.
Maserati GranTurismo models feature newly a designed dashboard and clock, exquisite Poltrona Frau™ leather, and Dark Chrome and Eco Chrome detailing on the door and quarter panels. 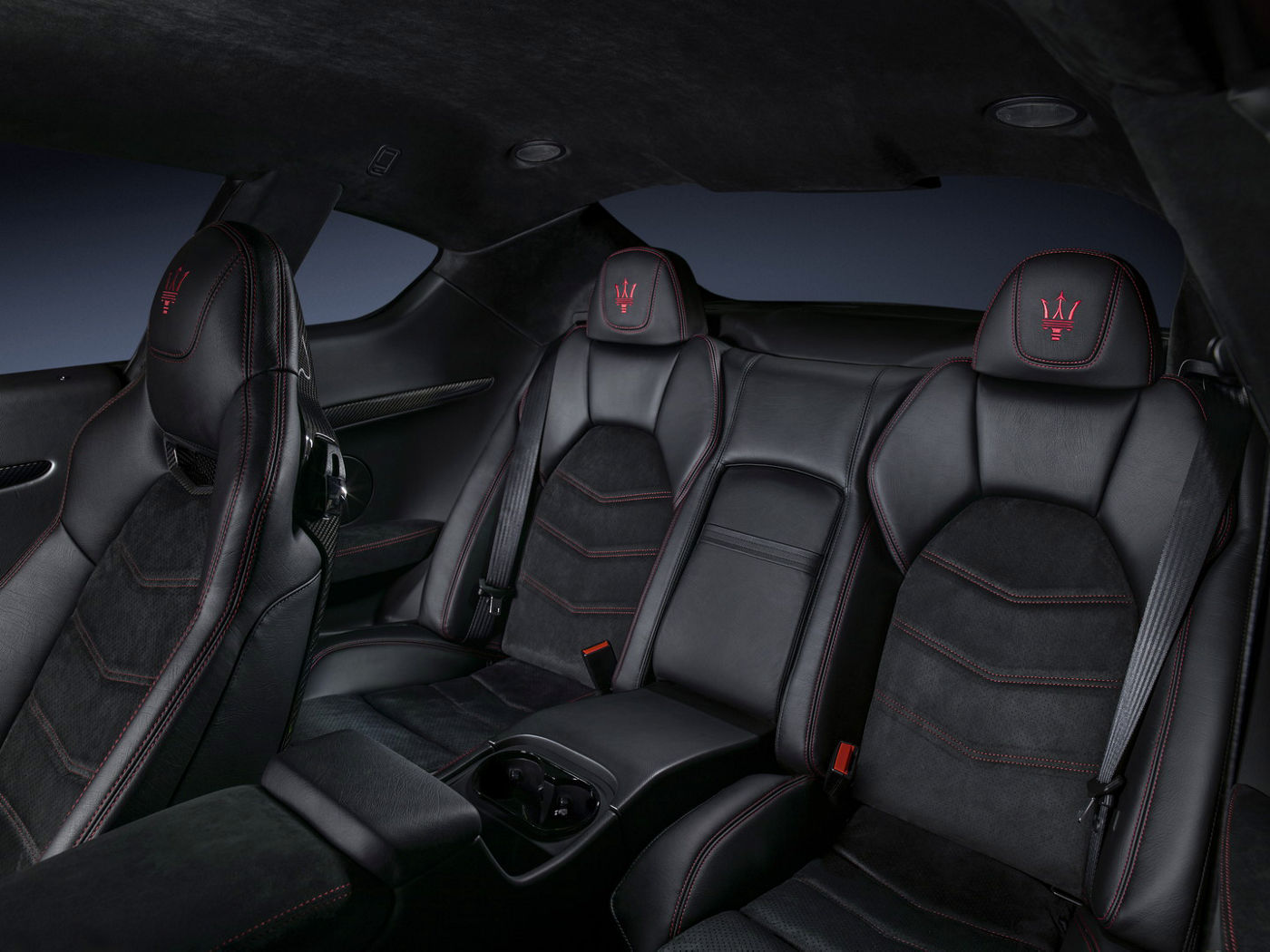 As for accessing the rear seats, the Easy Entry system makes life particularly easy. Both front seats slide forward and back electrically,giving plenty of room whether passengers are getting into or out of the car. Two individually profiled rear seats, along with class-leading head and legroom, a central pull-down armrest, two cupholders, courtesylights and a pair of climate control vents also ensure excellent comfort.

The Maserati Stability Program (MSP) takes safety technology to new heights. Developed in the most extreme test conditions, this groundbreaking system uses an array of sensors to constantly monitor driving status and deploys a host of safety and performance systems to maintain excellent handling and grip. 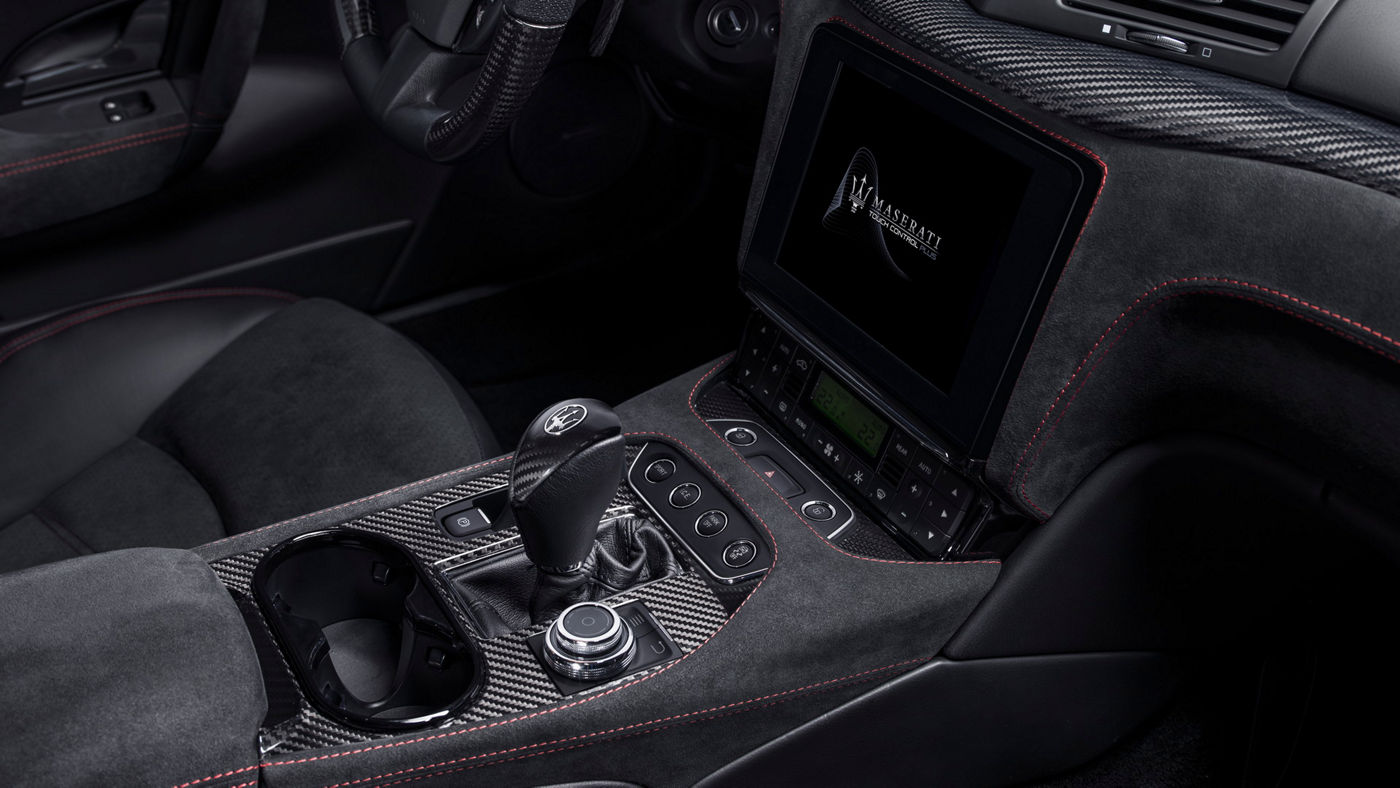 The compact and lightweight 4.7-litre V8 is fitted on all GranTurismo models, develops 460hp, 520Nm or torque and revs to an impressive 7,500 rpms. As well, of course, as the legendary sound that could only come from a naturally aspirated, all-Italian V8. 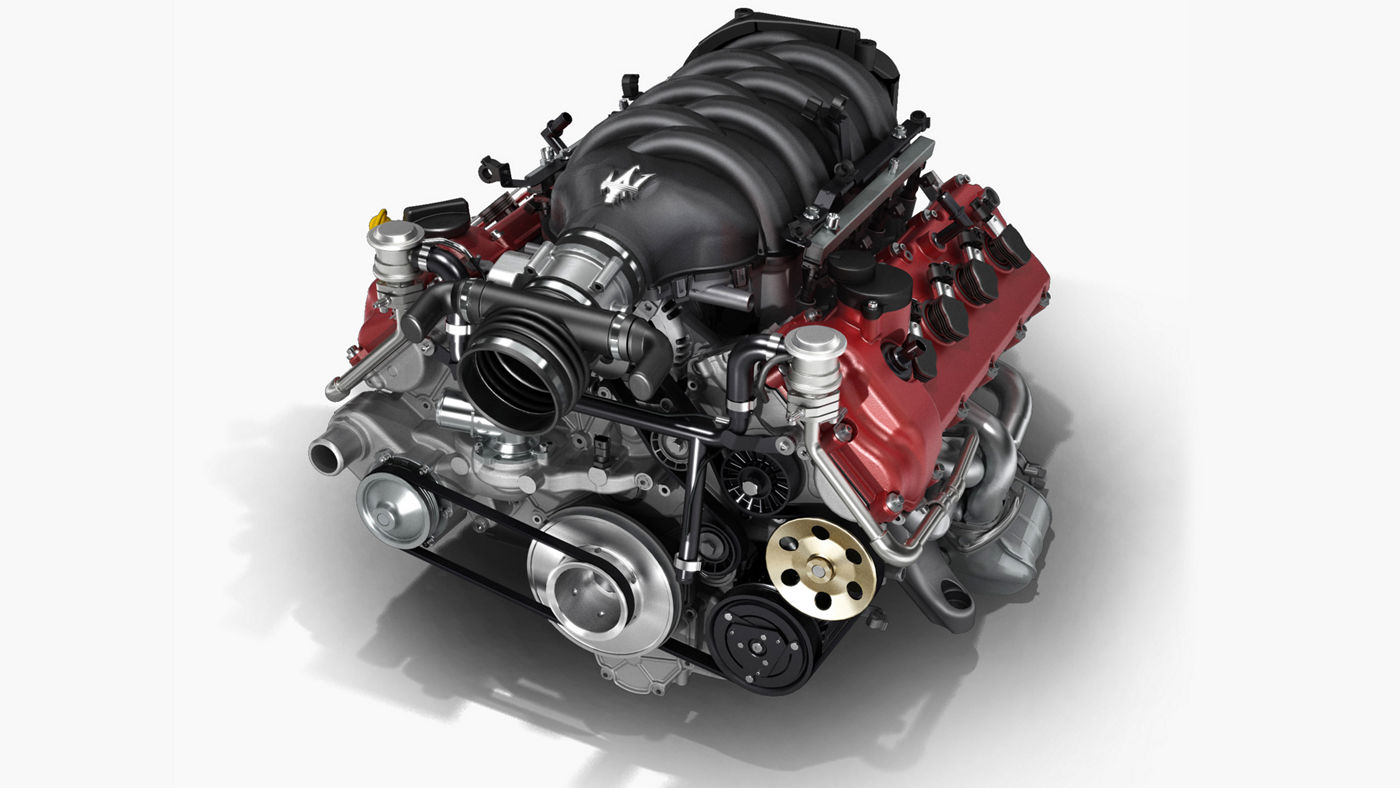 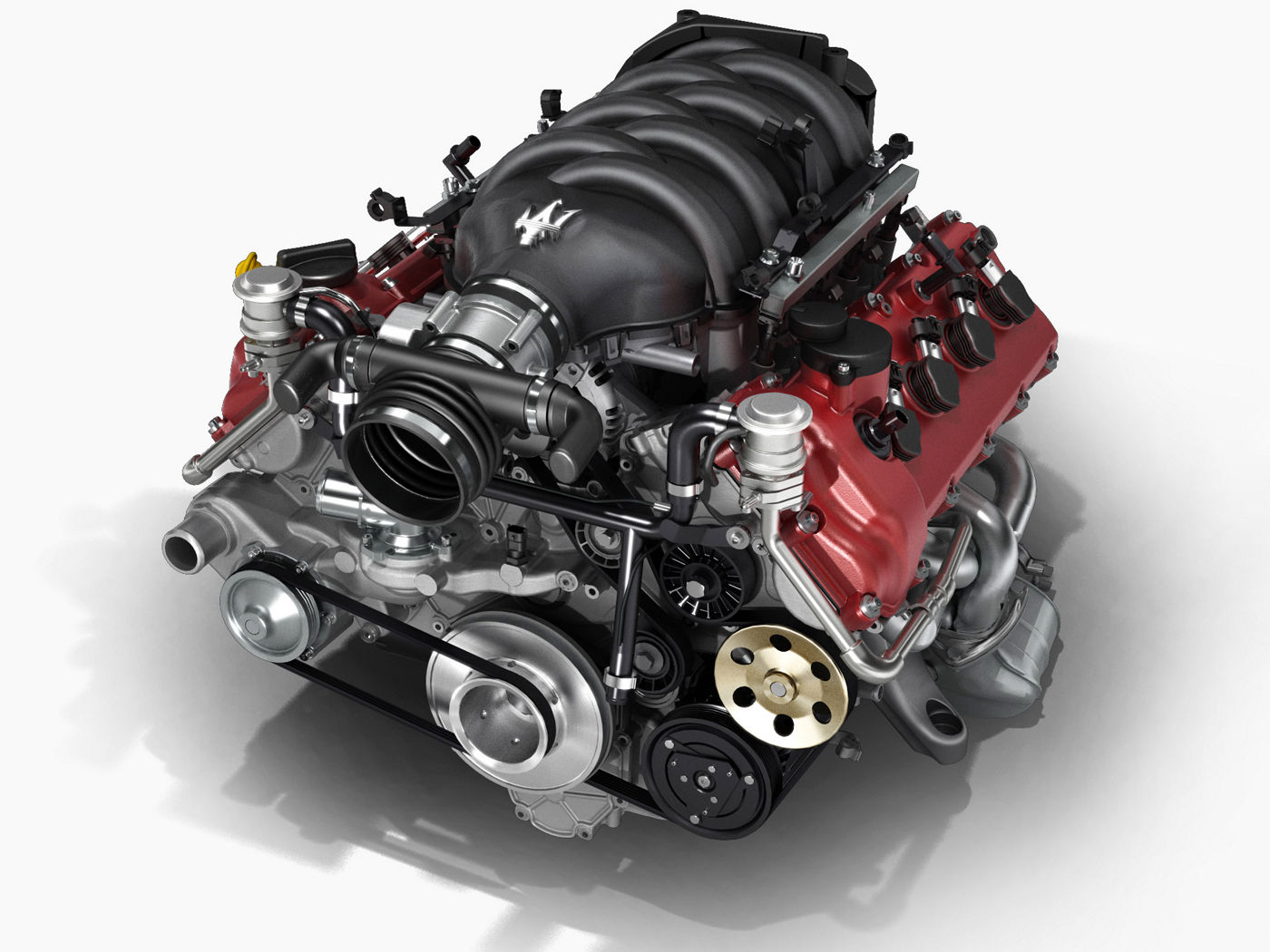 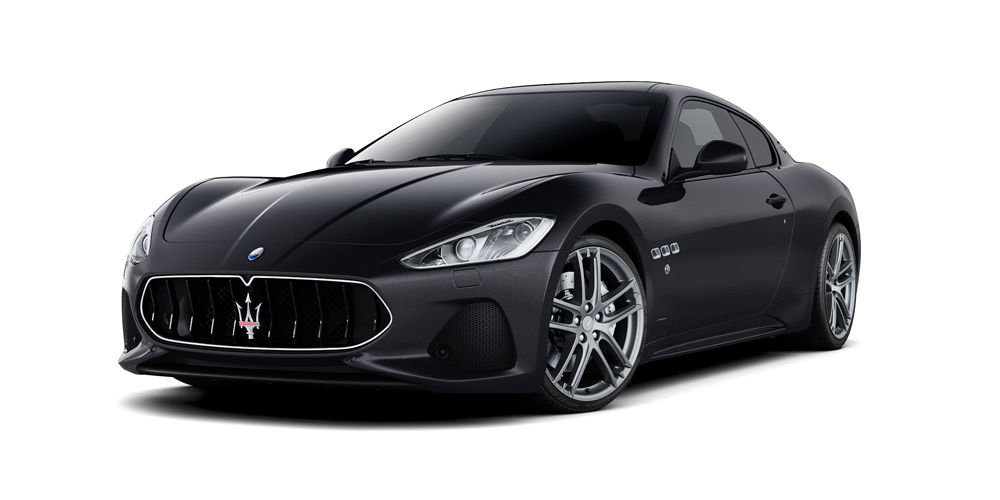 POWERFUL DESIGN.
With its naturally aspirated, high-revving V8 engine and outstanding levels of luxury, this stunning version is true to the Maserati tradition of grand touring.
more info
Build your own 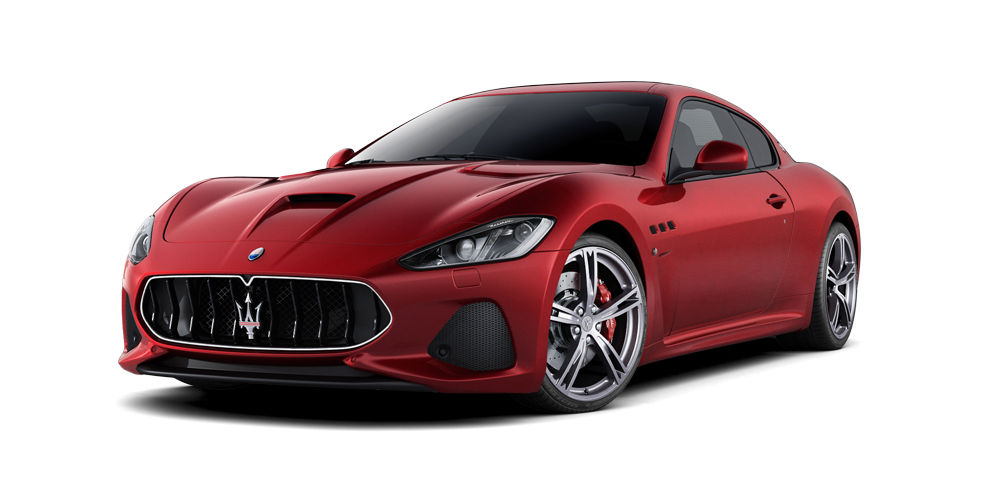 DRIVING FORCE.
Embodying raw power and movement, even at a standstill, the GranTurismo MC is unquestionably the most direct representation of Maserati’s hard-won racing heritage.
more info
Build your own 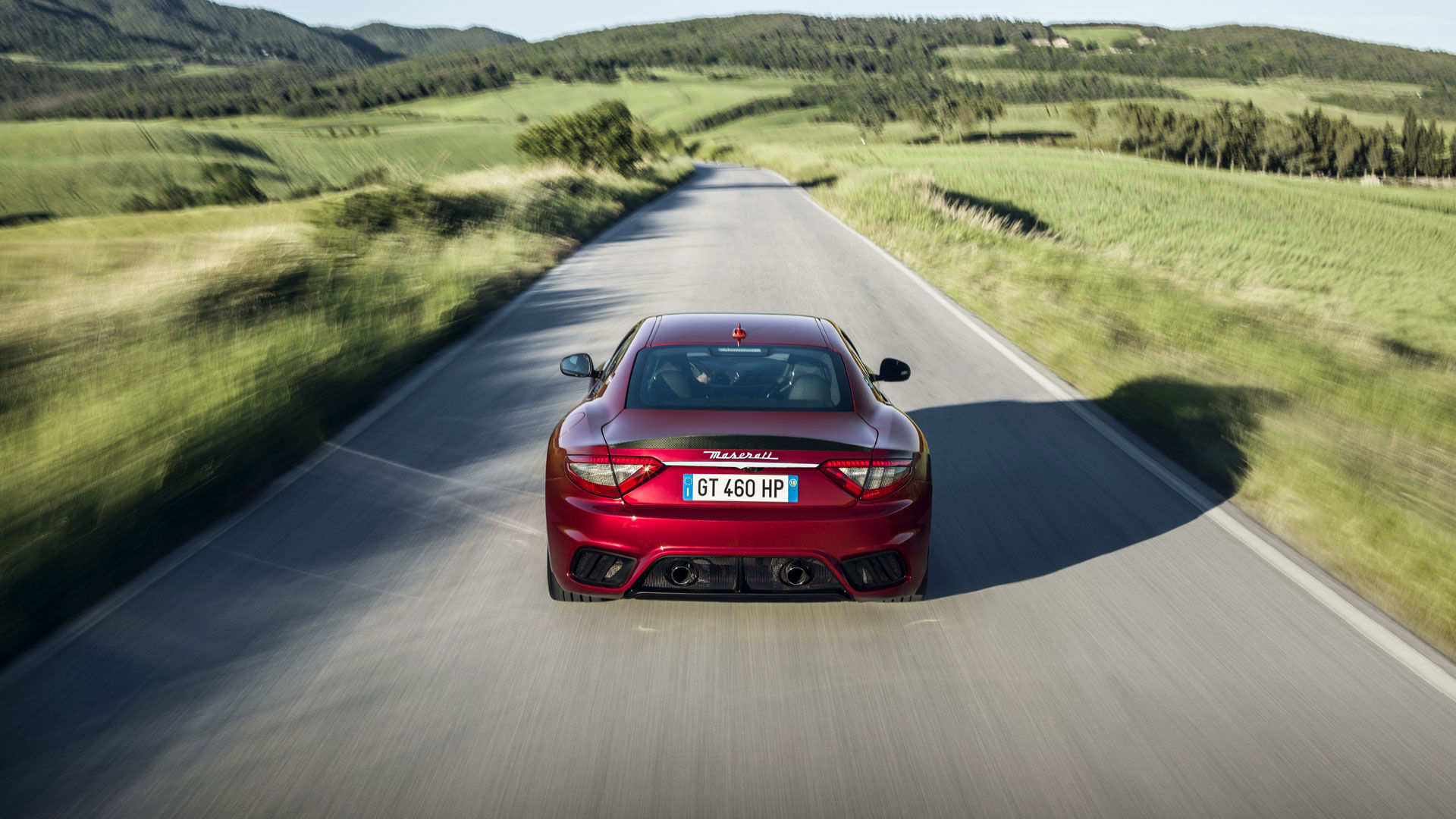 On a journey in the spirit of the original GranTurismo concept, our guest drivers tell us how the 2018 GranTurismo and GranCabrio feel to them.
follow the story