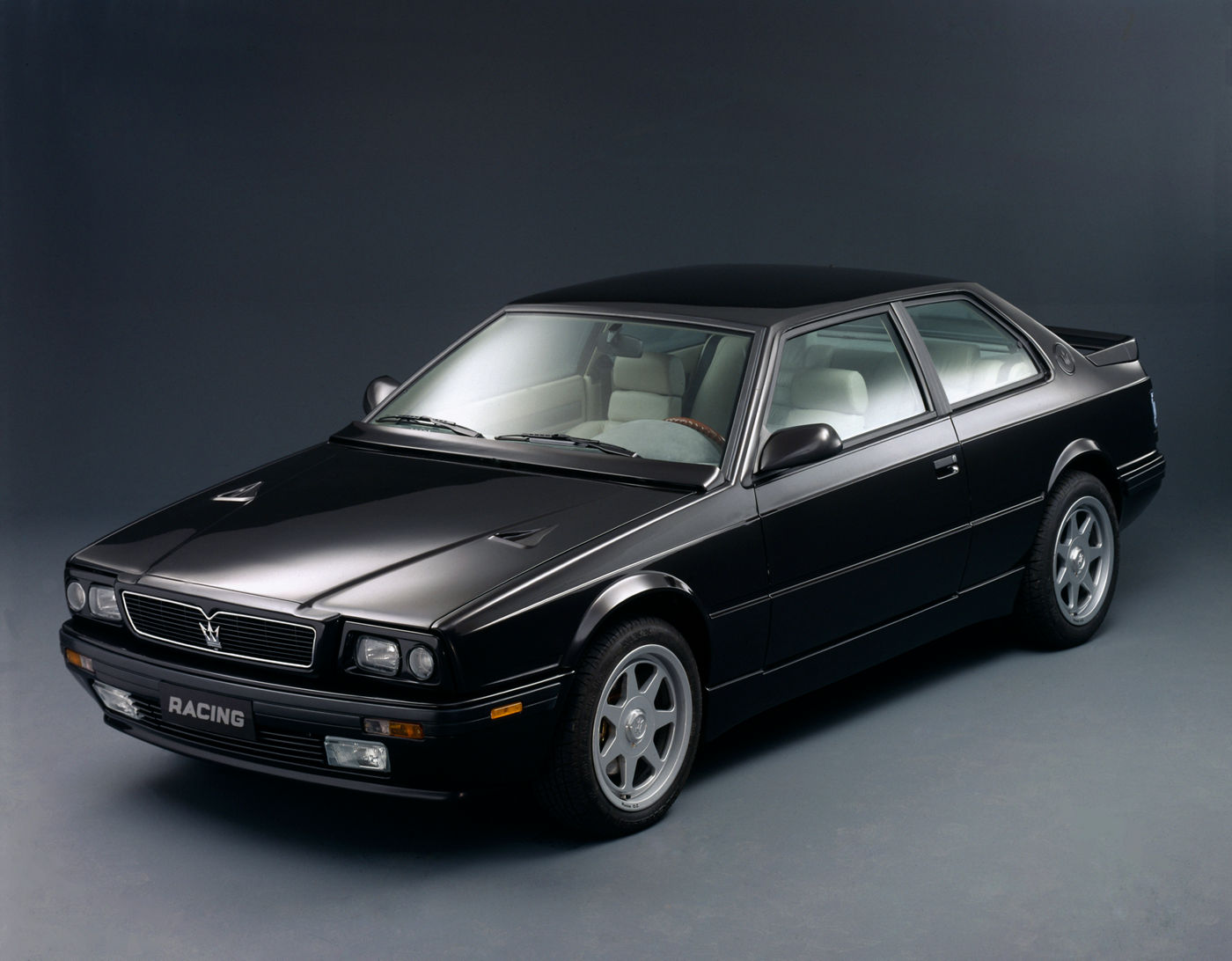 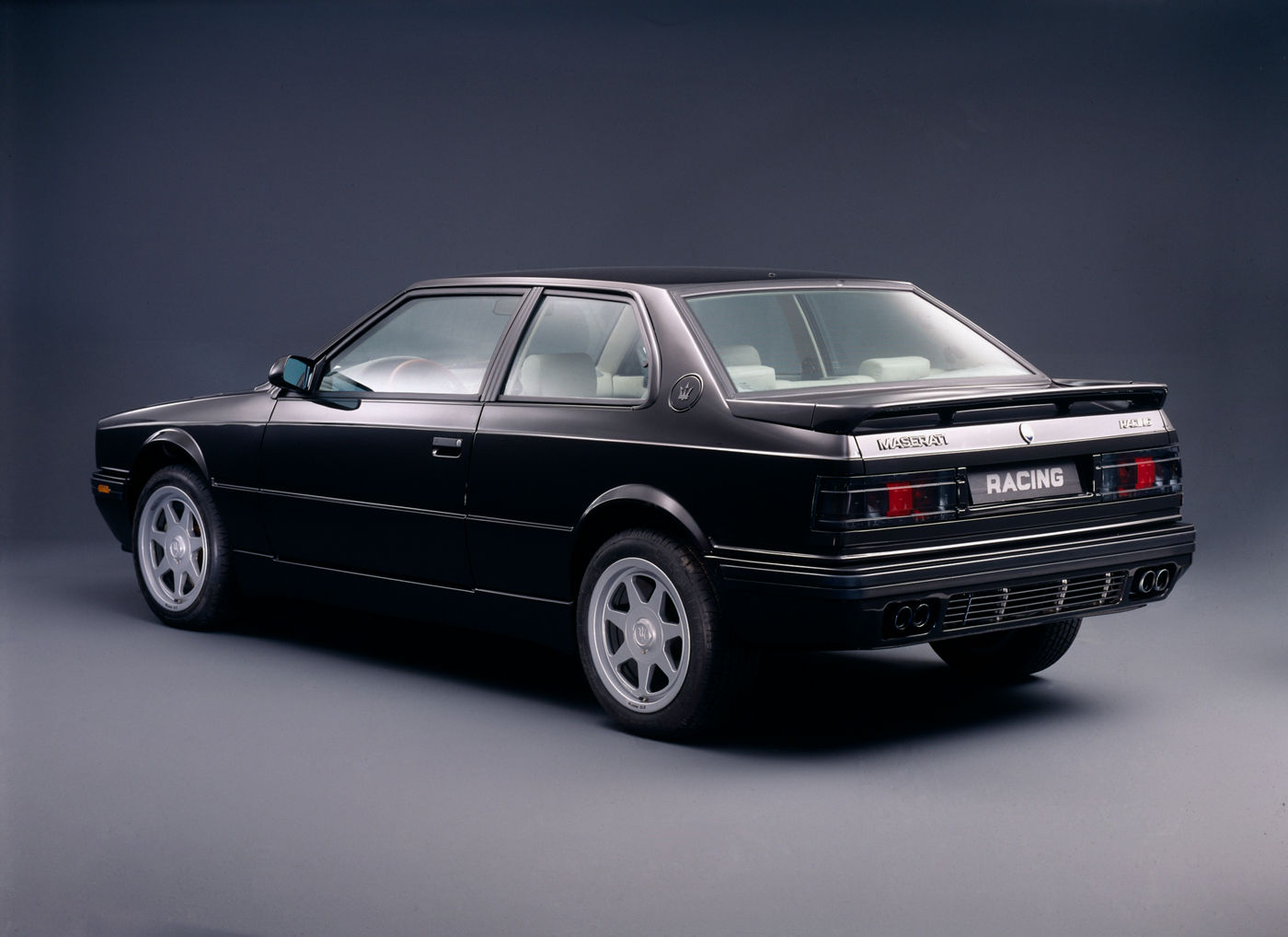 The Maserati Racing was presented in December 1990, at Maserati’s usual press meeting before Christmas. This latest version of the Biturbo family received a restyling with a nose that was inspired by the Shamal, but the most important news came from under the bonnet. The Racing had the same 24-valve version of the two-litre engine as presented two years earlier for the 2.24v, but a number of modifications were made. The crankshaft was new, the connecting rods were lighter and the compression ratio was increased. Together with modified turbochargers, this made the Racing the most powerful two-litre production car in the world. Also the Getrag gearbox was new and the car was fitted with intelligent active shock absorbers from Koni. With a top speed of 256km/h and an acceleration from standstill to 1,000 metres in only 25.9 seconds, performances of the Racing were excellent.