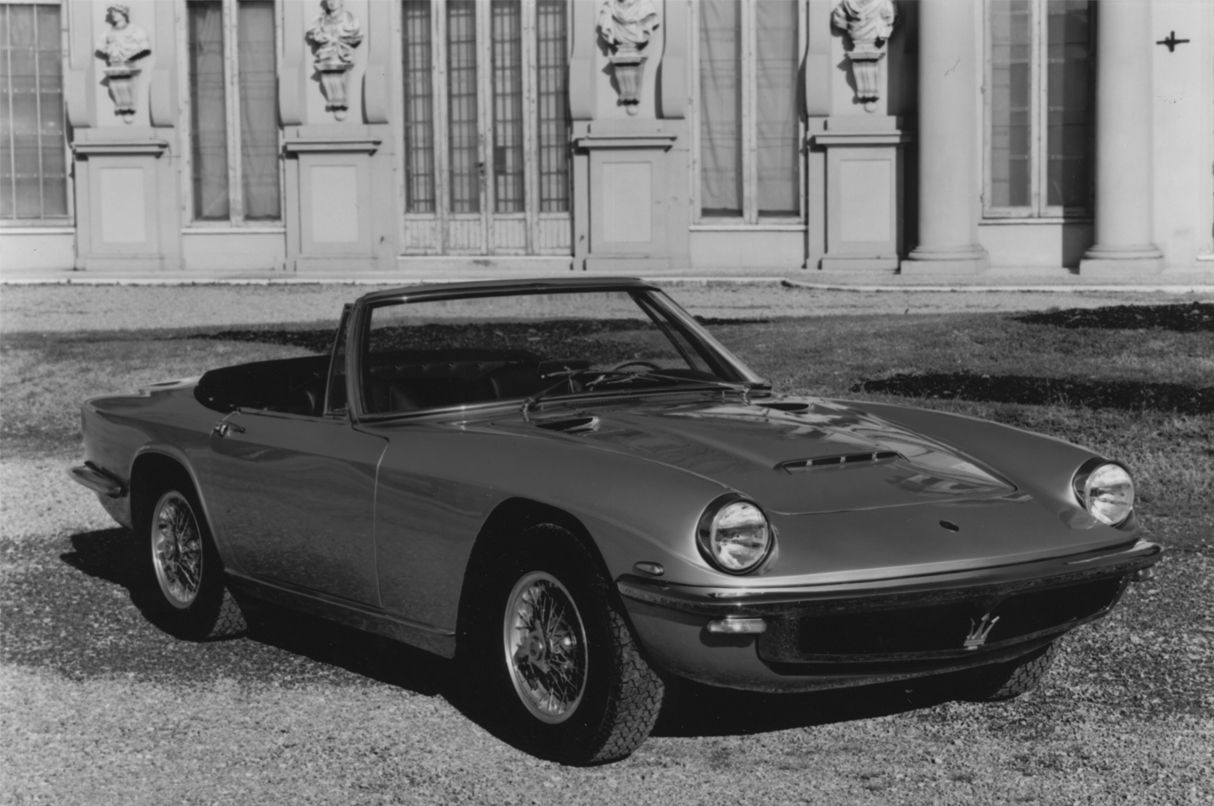 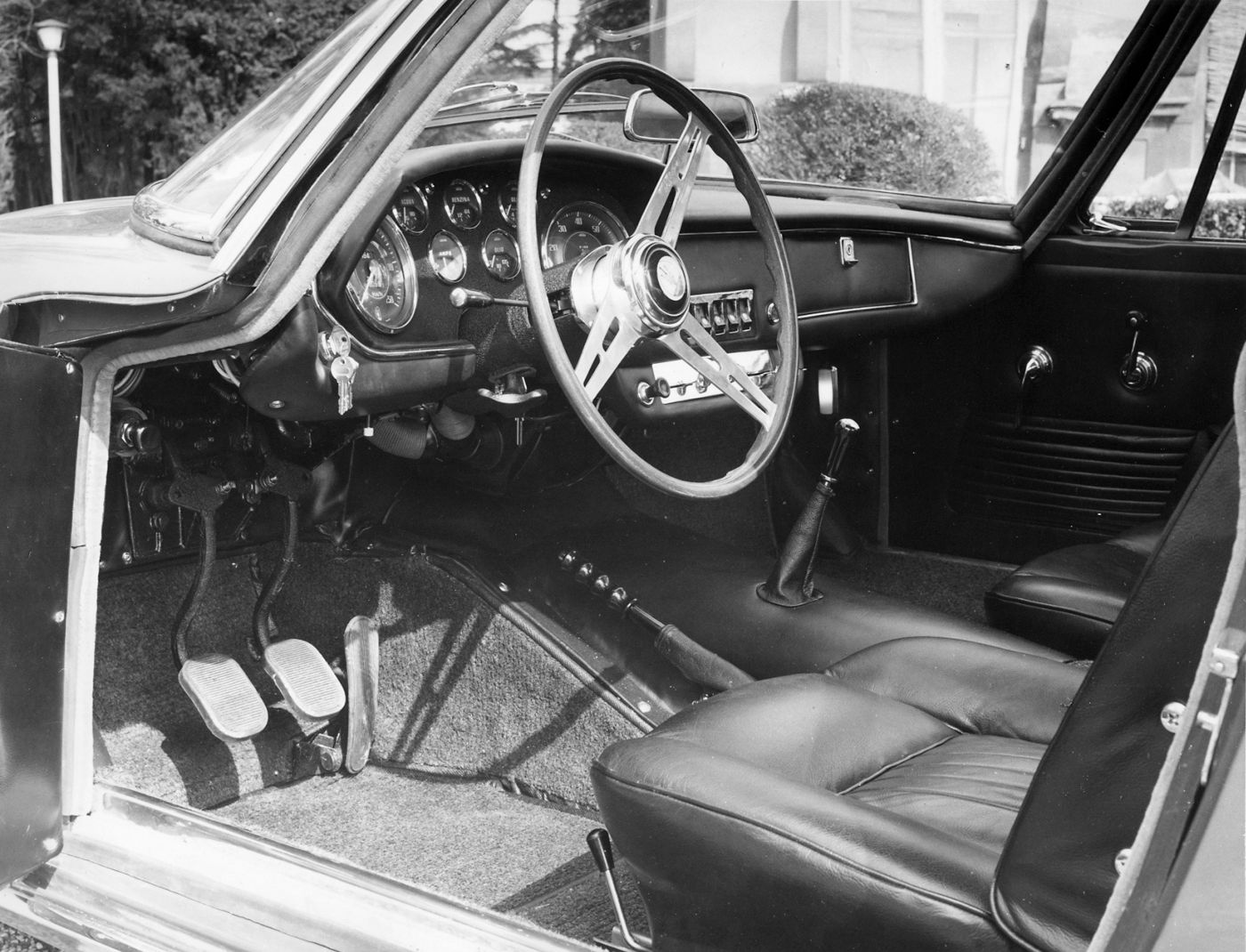 An open spyder version of the Mistral was presented at the Geneva Motor Show in March 1964. The Mistral's elegant design was further enhanced in a convertible form by Giovanni Michelotti, while the bodies were built by Vignale in Turin. Mistral spyders were predominately steel-bodied, with the bonnet, doors and boot lid in alloy. A very rare optional hardtop was designed for the car and was also produced in alluminium. The Mistral Spyder was alvailable 124 units of the Mistral Spyder were produced, and today the model counts as one of the rarest and most sought-after classic Maserati GT cars.