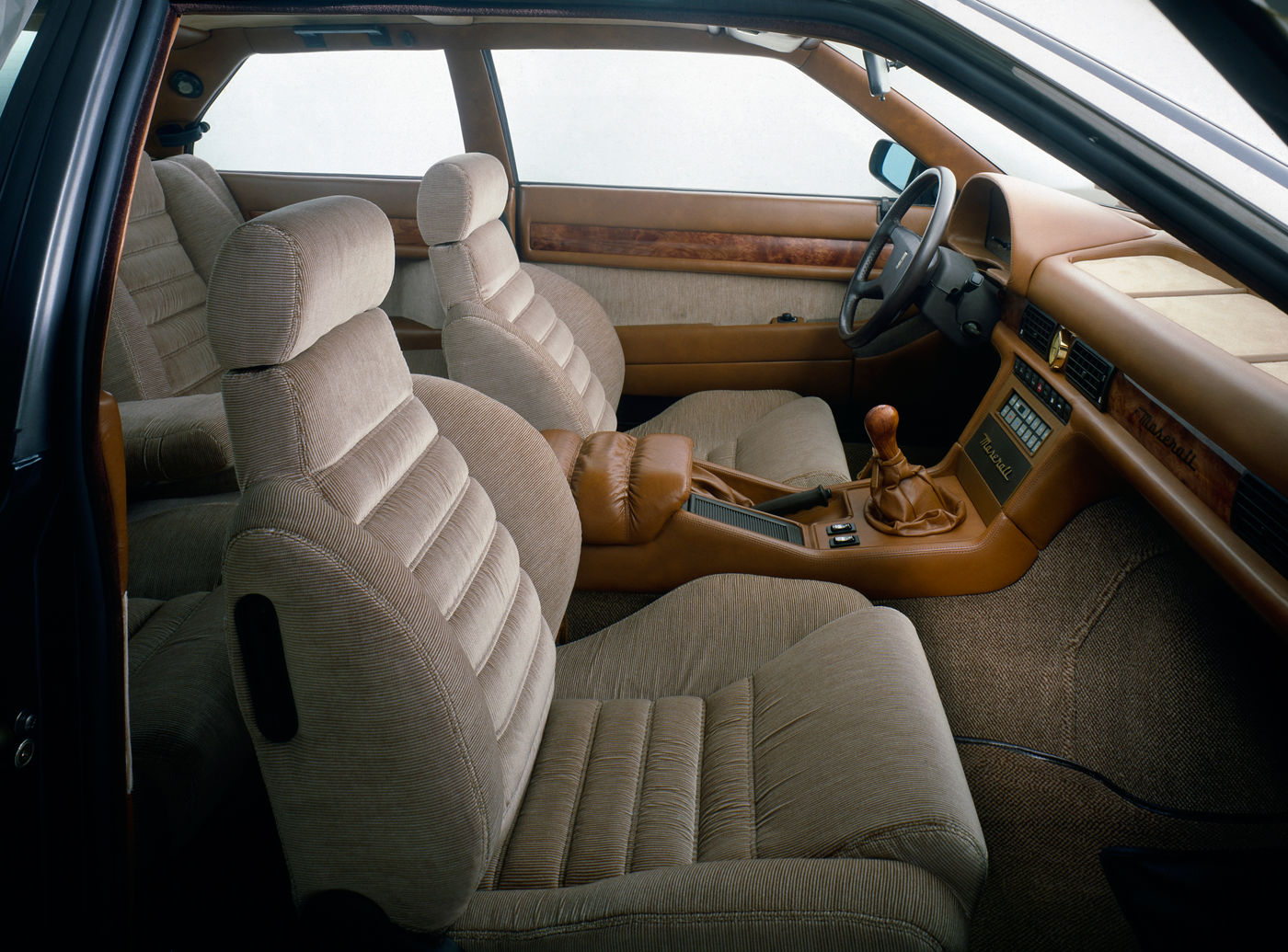 The 222 name referred to the 2-door body style, 2.0L engine displacement, and 2nd step of the Biturbo evolution. The front grille was new and the Naca air ducts on the bonnet disappeared, while the engine still had twin intercoolers. Fuel injection was now electronic from Weber-Marelli with integrated ignition. The 222 had electrically adjustable seats and electronic climate control. In 1989, the twin-turbo V6 engine received a substantial technical upgrade. The cylinder heads were new with four valves per cylinder instead of three, and two camshafts per cylinder bank. The light alloy cylinder liners were treated with a special coating to reduce the engine's internal friction. Vehicles equipped with this more powerful version of the two-litre engine were named 2.24v. Compared to the standard Biturbos, the 2.24v featured restyled front and rear aprons, extended sills, a large tail spoiler and a two-tone paint scheme. Later cars were equipped with a catalytic converter and an optional active damping control system by Koni. The model was subject to a restyling in 1991.