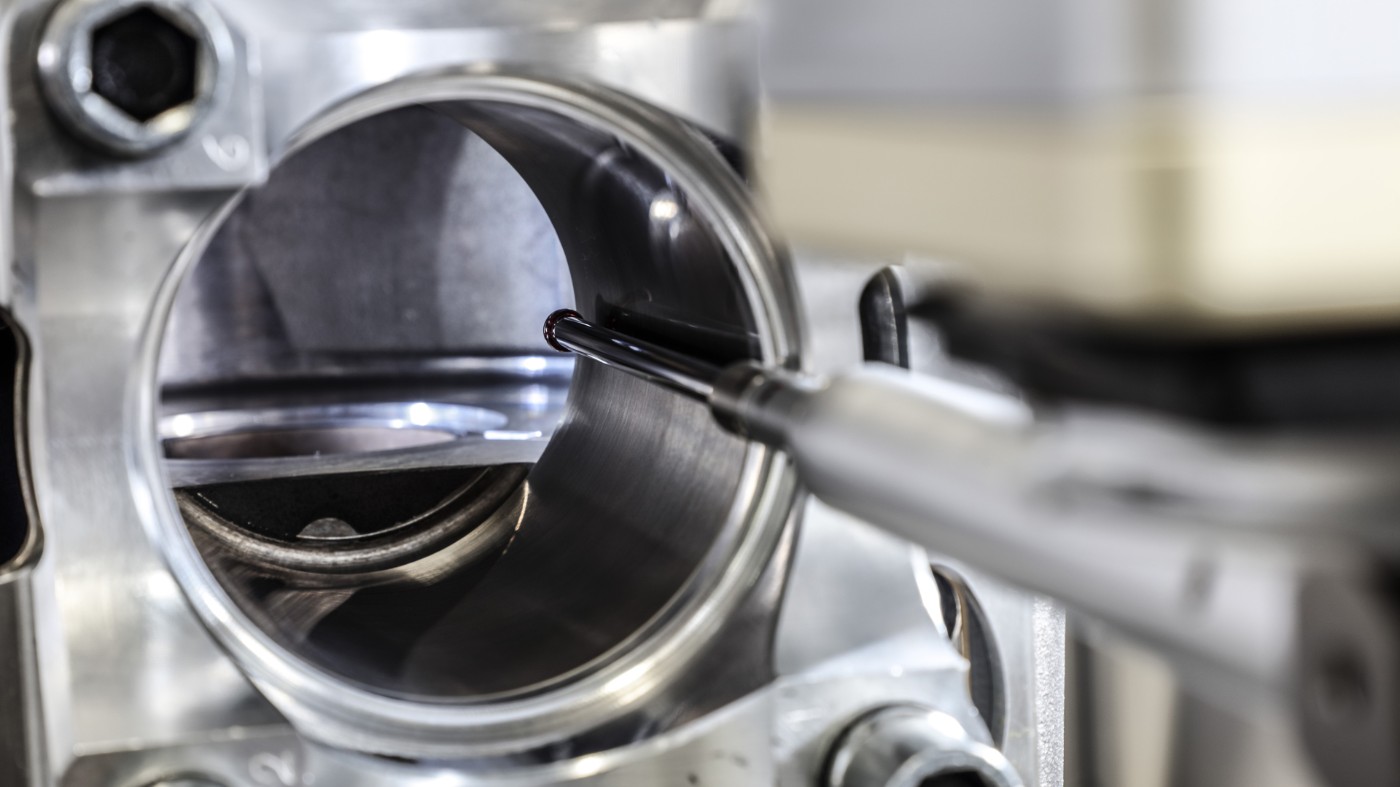 Nettuno, the ground-breaking engine of the MC20, is the first child of the Maserati Engine Lab, established within the Viale Ciro Menotti plant in Modena. Nettuno, the 6 cylinder twin turbo engine of the Trident's new supercar has been designed, trialled and tested in Modena, in the facility which is now one of the jewels in the company's crown. More than 100 engineers, technicians and skilled workmen are employed full-time not only on the engines of today, but also on the electric designs of the future.

Maserati had not built its own engines since 1998, but with the MC20 it once more embraces a major feature of its history. In 2013, the company's new strategies approved a business plan that led to the creation of the Engine Hub in 2015. It is partly thanks to this facility that Maserati is entering a new era. The planned investments have resulted in an engine development and production centre that is now one of the most modern on the planet, with sophisticated equipment that oversees the life of an engine from design to mounting in the vehicle, with all the essential tests for certification and verification.

The Maserati Engine Lab consists of five separate areas: assembly shop; testing room; the workshop where the engine is mounted in the car; emission roller beds and production.

When an engine is designed, everything is added to a bill of materials listing everything that goes into its construction. Every component, and there are more than 300 for Nettuno (the engine of the MC20) is placed in a specific, sealed container with several layers, which contains everything needed to build the engine, down to the last screw. This "trolley" moves on to the assembly shop, where specialist technicians assemble every single engine by hand, with the aid of a series of special devices designed during the engine's development phases. Every engine is also meticulously checked by instruments of the very highest precision, to guarantee final product quality and flawless workmanship. The work is done in air-conditioned premises with a controlled atmosphere, where the maintenance of air quality is fundamental because every tiniest dust particle could impair the functioning of critical components such as the prop shaft, pistons and friction bearings, which have to withstand extremely high loads and rotation speeds, combined with assembly tolerances of the order of a few micron (1/5 of the thickness of a human hair). When the engine is completely assembled, it is completed with the auxiliary components (electrical generator, air-conditioning compressor and system-car connections), placed on a trolley and transferred to the testing room. The Maserati Engine Lab has 5 testing rooms with dynamos able to test engines with power outputs from 440 hp up to 1,000 hp. In practice, each test room is a kind of operating theatre, where the engine is started up for the first time. It is an ideal environment, of a kind the engine will never encounter again during its lifetime - once it is installed in the car, every driver will use it in a different way. In the testing room every engine is tested at idling speed, at maximum rpm, following an acceleration ramp, and simulating downhill running, verifying operating data such as fuel use and emissions.

From the testing room, the engine moves on to the workshop department, where the transmission and other components (such as the radiator, exhausts and oil reservoir) are fitted before it is mounted in the car. The engine now starts a new life, undergoing new tests on roller beds on road tests on board a vehicle.

At the Maserati Engine Lab we are able to test cars with engines up to 1,000 hp and speeds of about 300 kilometres an hour before performances are verified on track. We can verify the potential of the engine, the transmission and the auxiliary systems (air intake, exhaust, fuel and supply and cooling systems). The certification tests are also performed at the Maserati Engine Lab: they take as long as 200 hours, because every market demands 5/6 tests for certification, and every test is repeated in all the car's modes of use. In Europe, what's more, since September 2017 road tests with the PEMS (Portable emissions measurement system) have also been compulsory, as well as the testing already performed on the rollers. These tests last a couple of hours each and at the end of the day involve at least a month of road testing. An engine's development requires from six months to a year in the testing room: between 400 and 600 hours on the roller beds to verify emissions and fuel consumption. Once all these steps are complete, it is time for final approval for production of the engine that will be installed in the car.

When the development of the new engine is completed, production proper begins, and after a gap of some years this will again take place at the historic via Ciro Menotti site in Modena. A totally new production line with 6 assembly stations has been created to produce the MC20. The production process uses highly innovative machinery, but this is no replacement for the know-how and passion of all the production staff, without whom it would not be possible to build unique cars, rich in personalised features developed to customers' requirements. Overall, production of each engine takes about 25 hours, just over 3 working days. 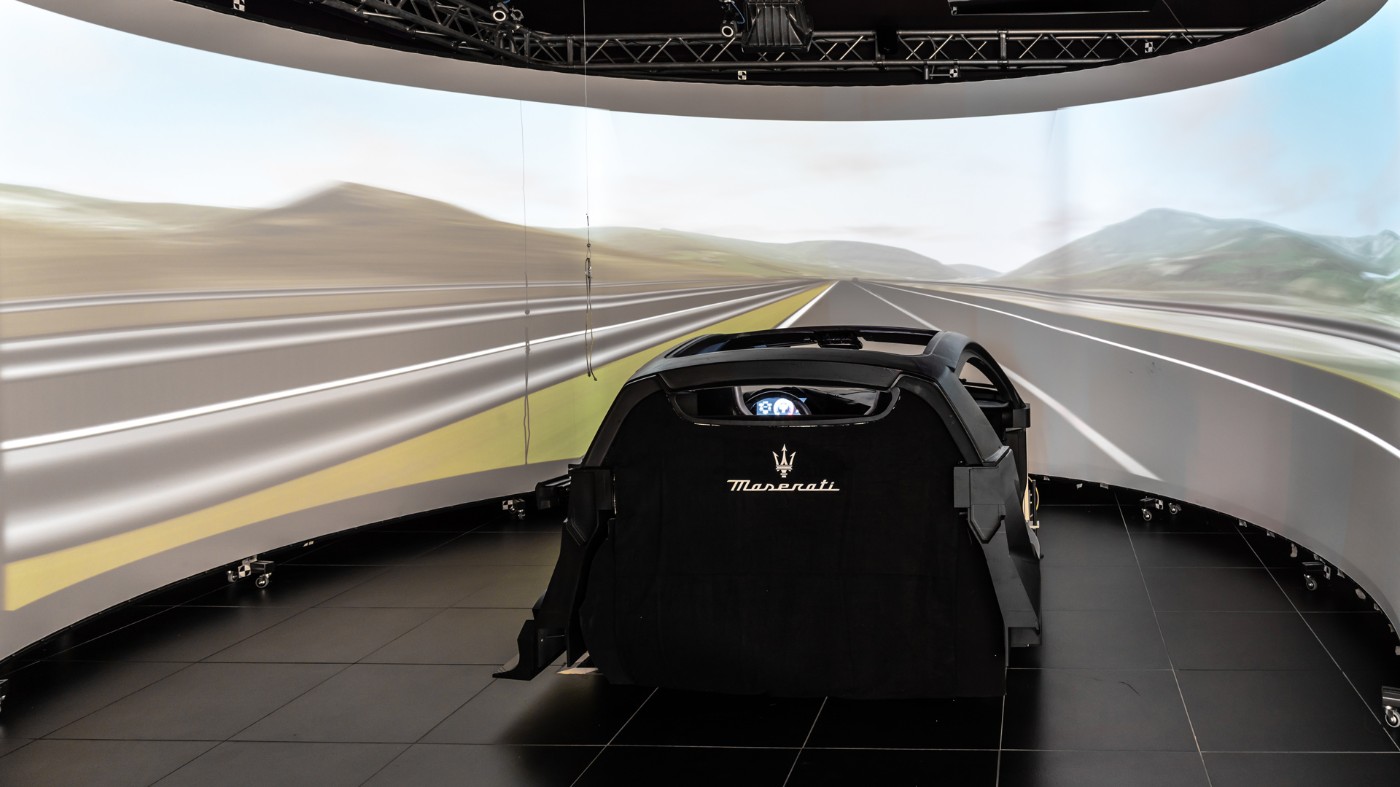 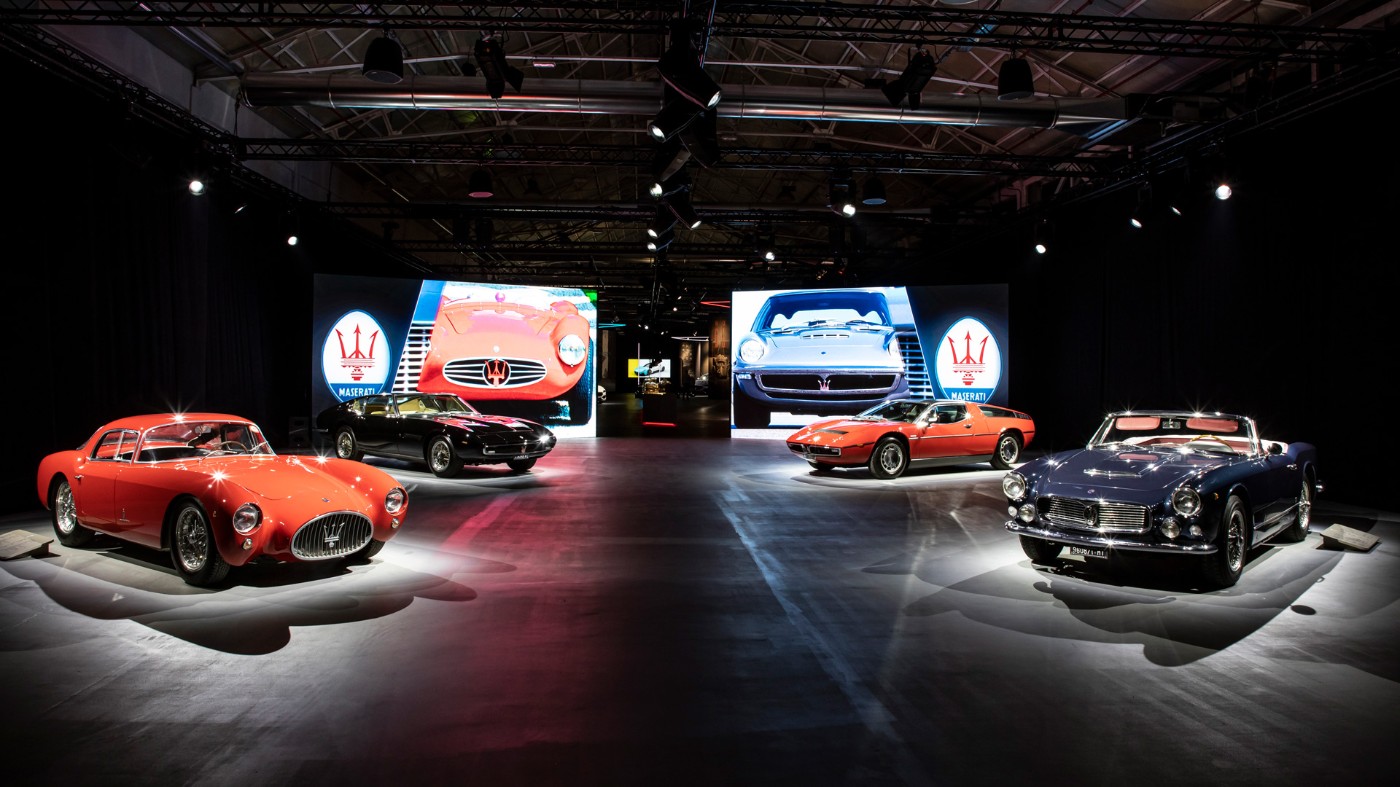 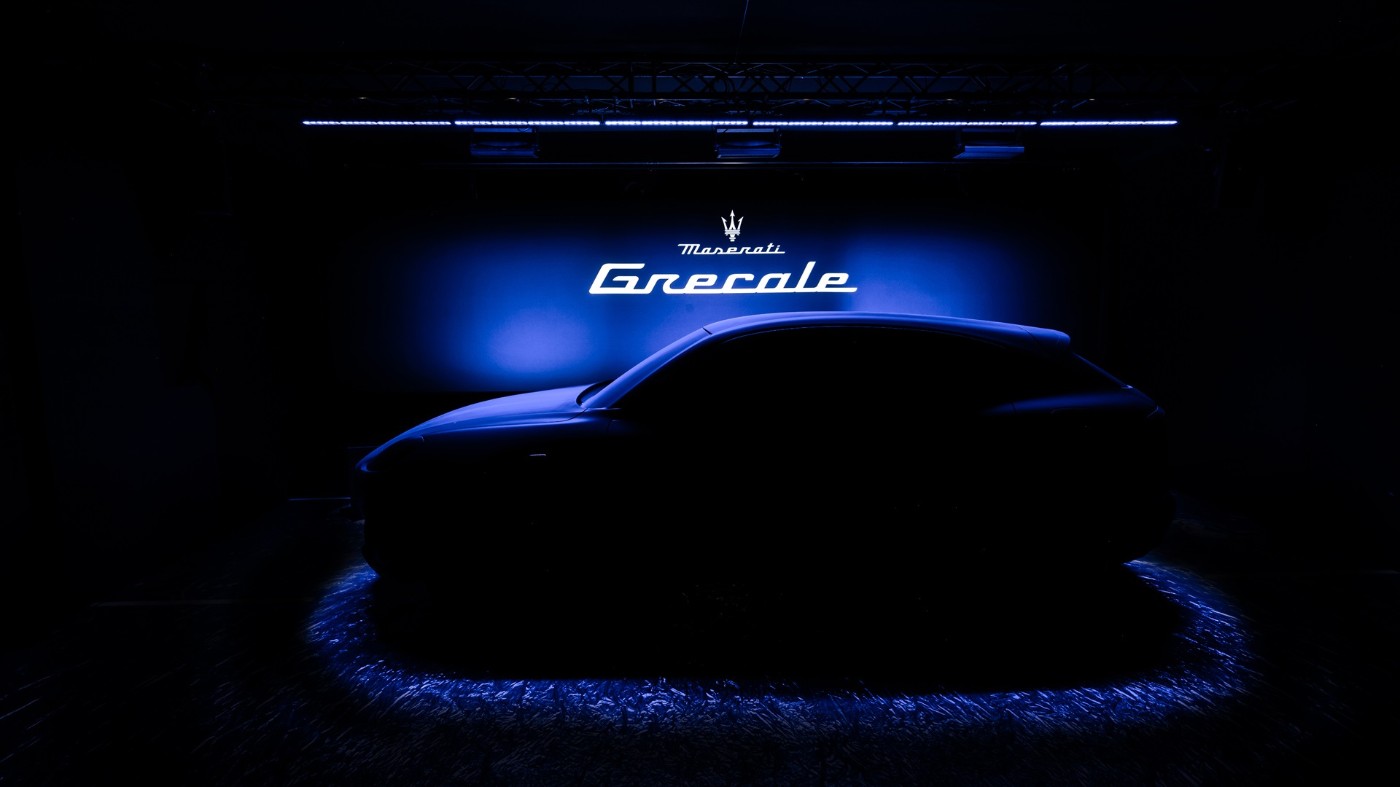 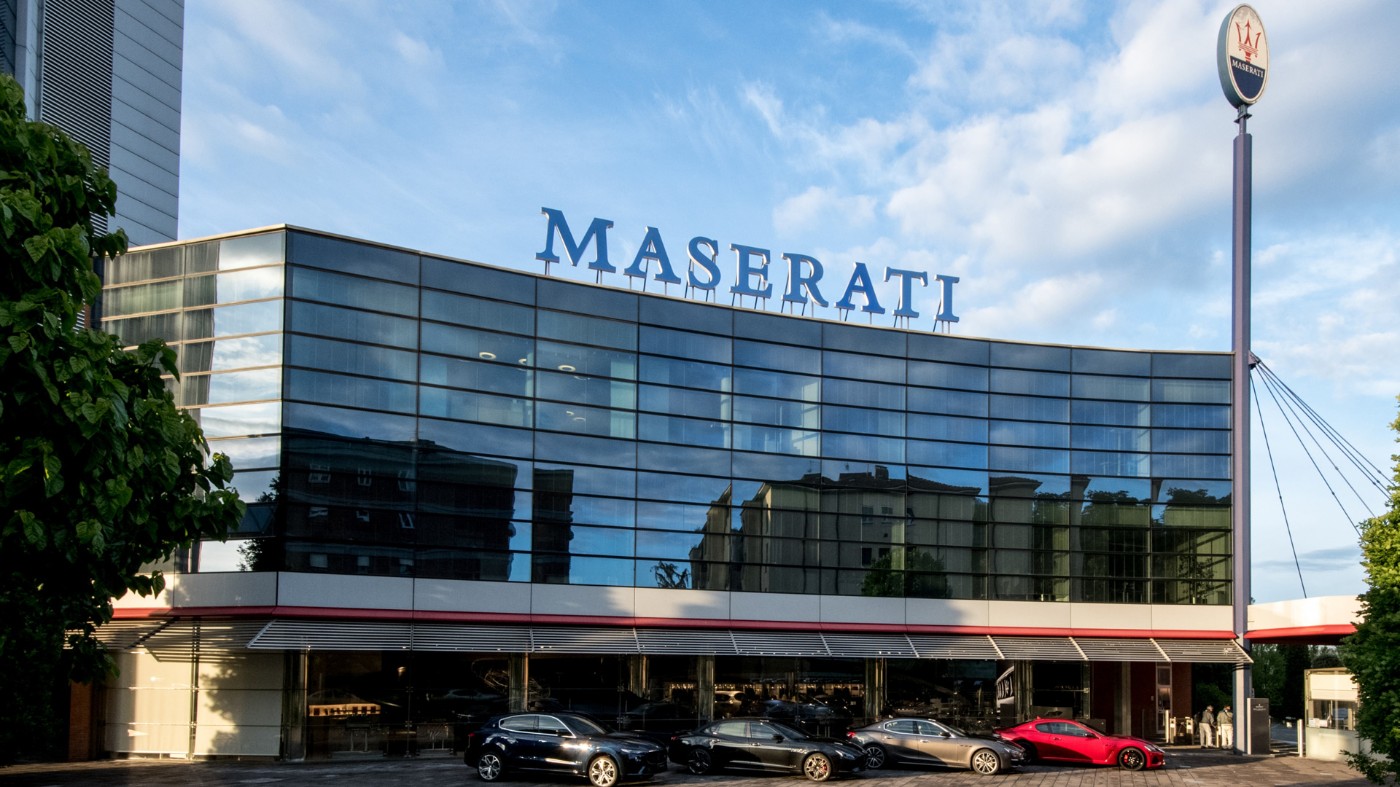 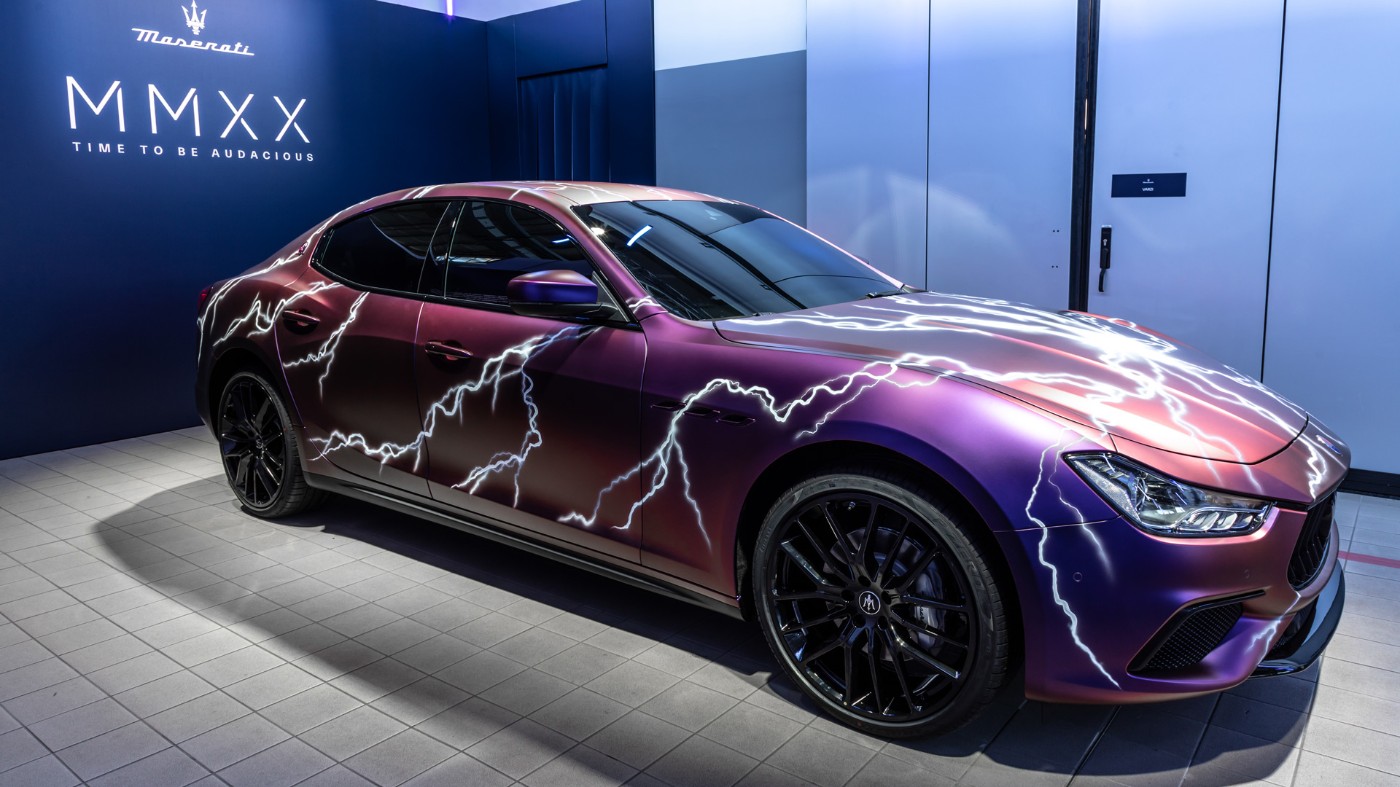 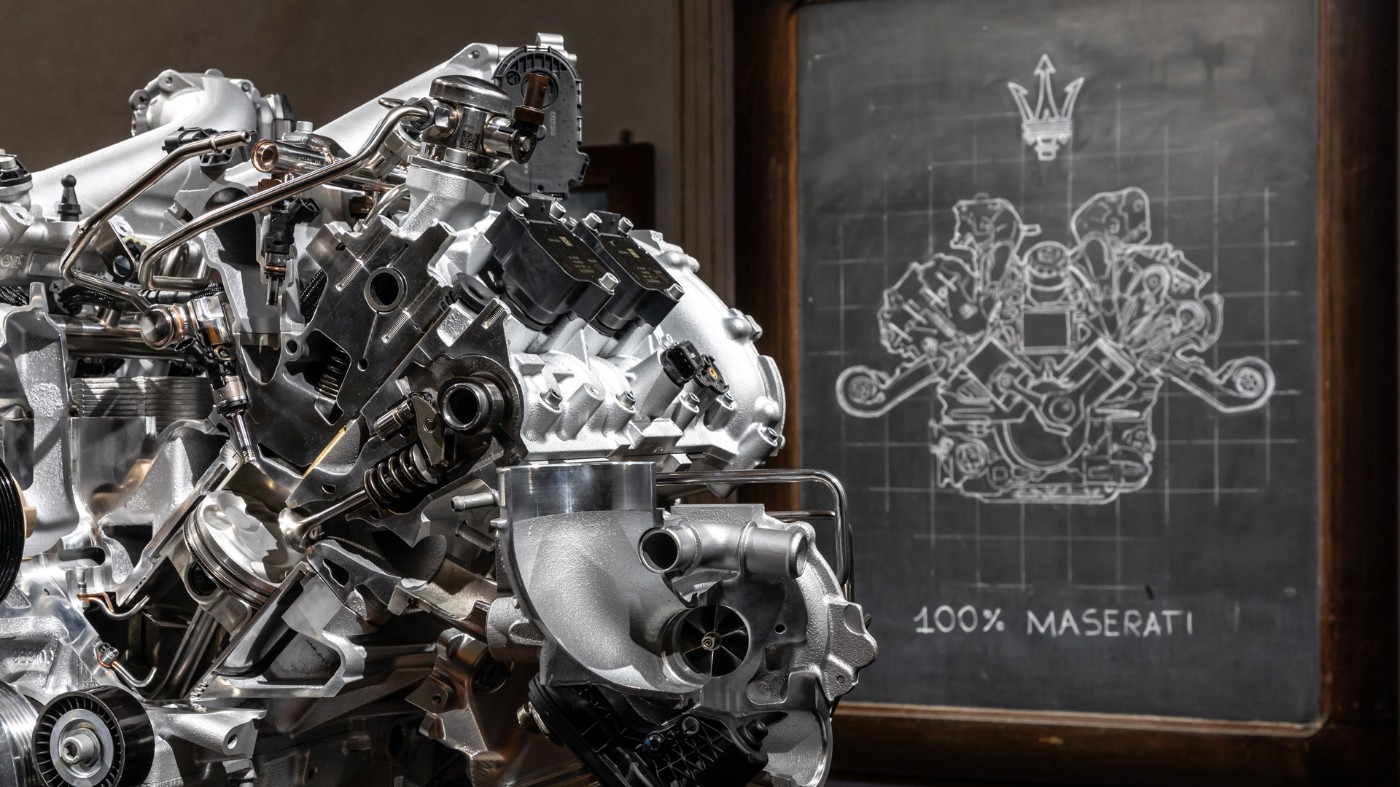 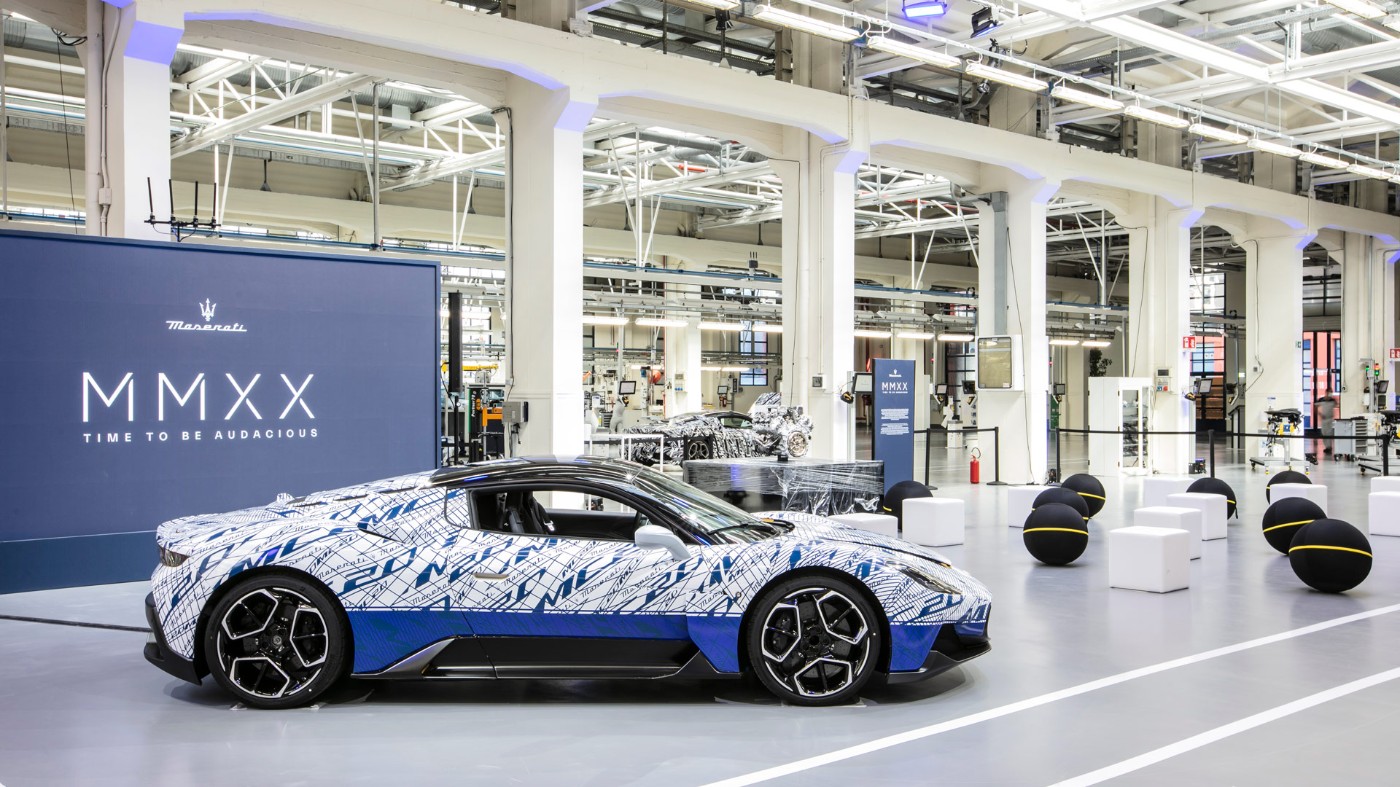 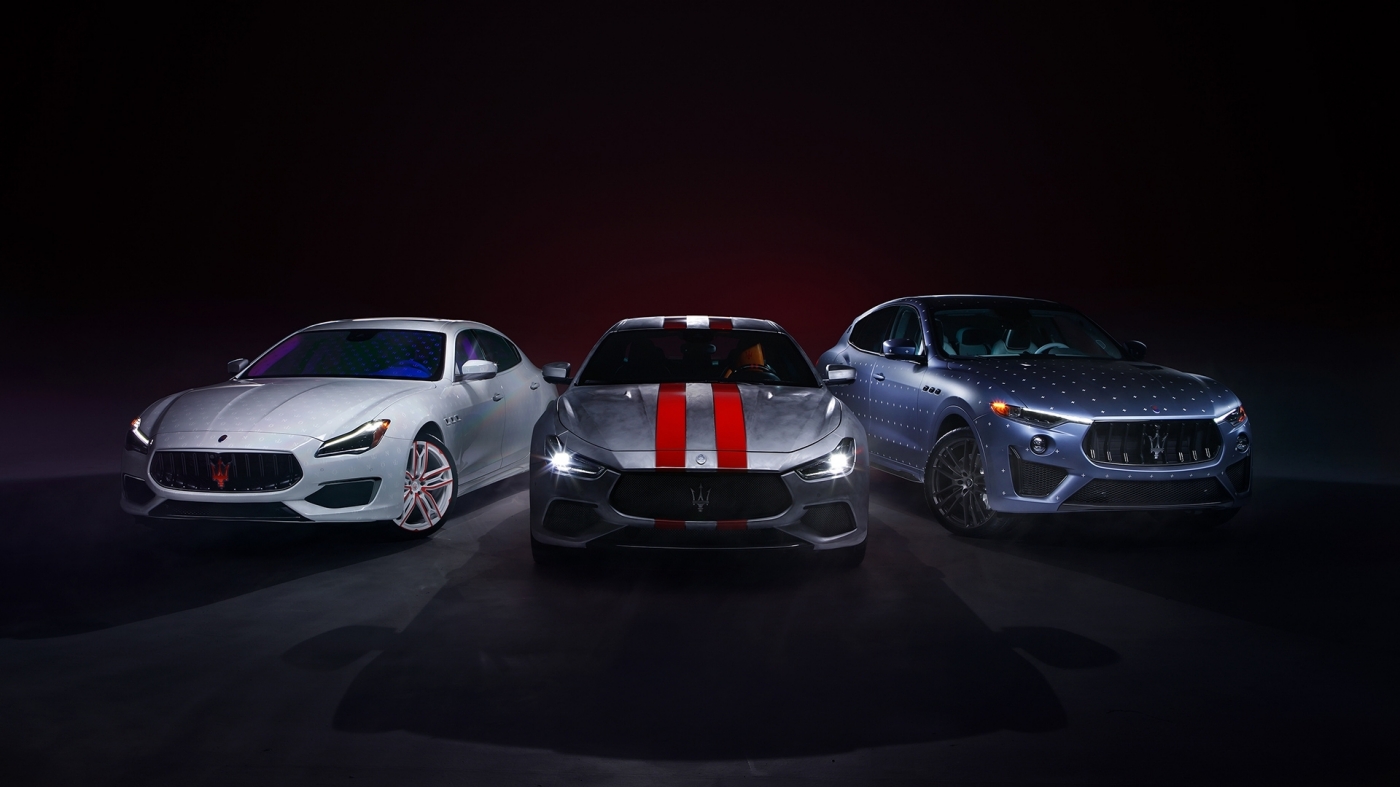 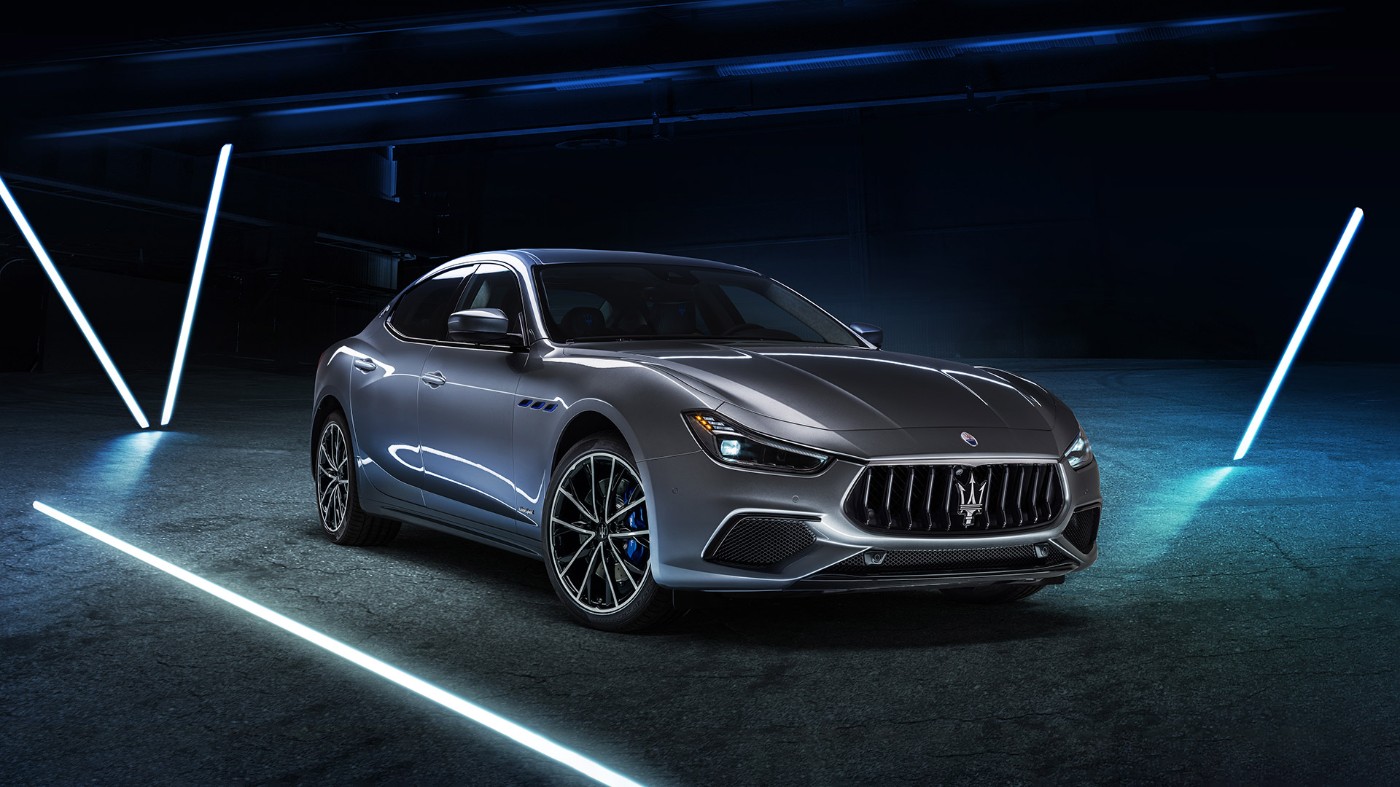 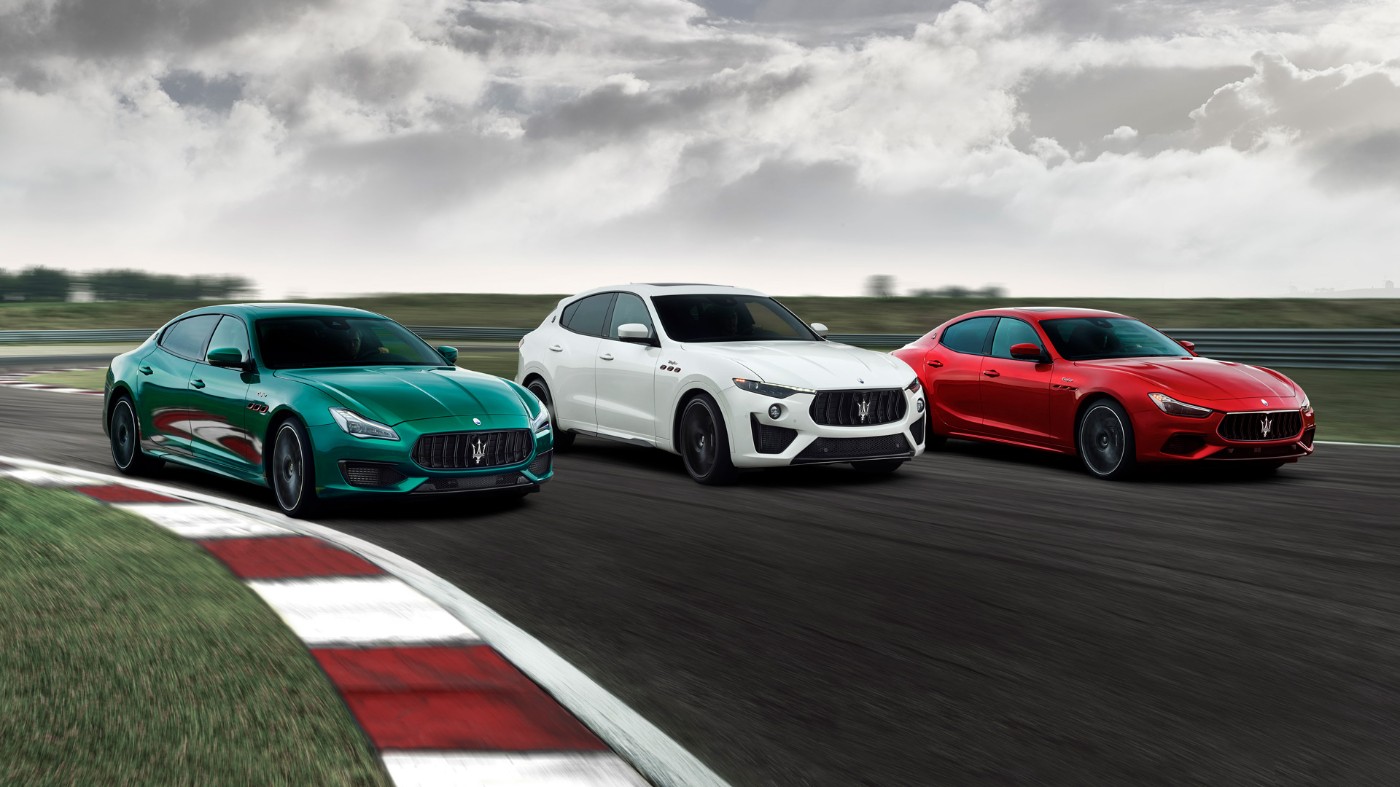 MC20
Back to MMXX - Time to be audacious
Back to News