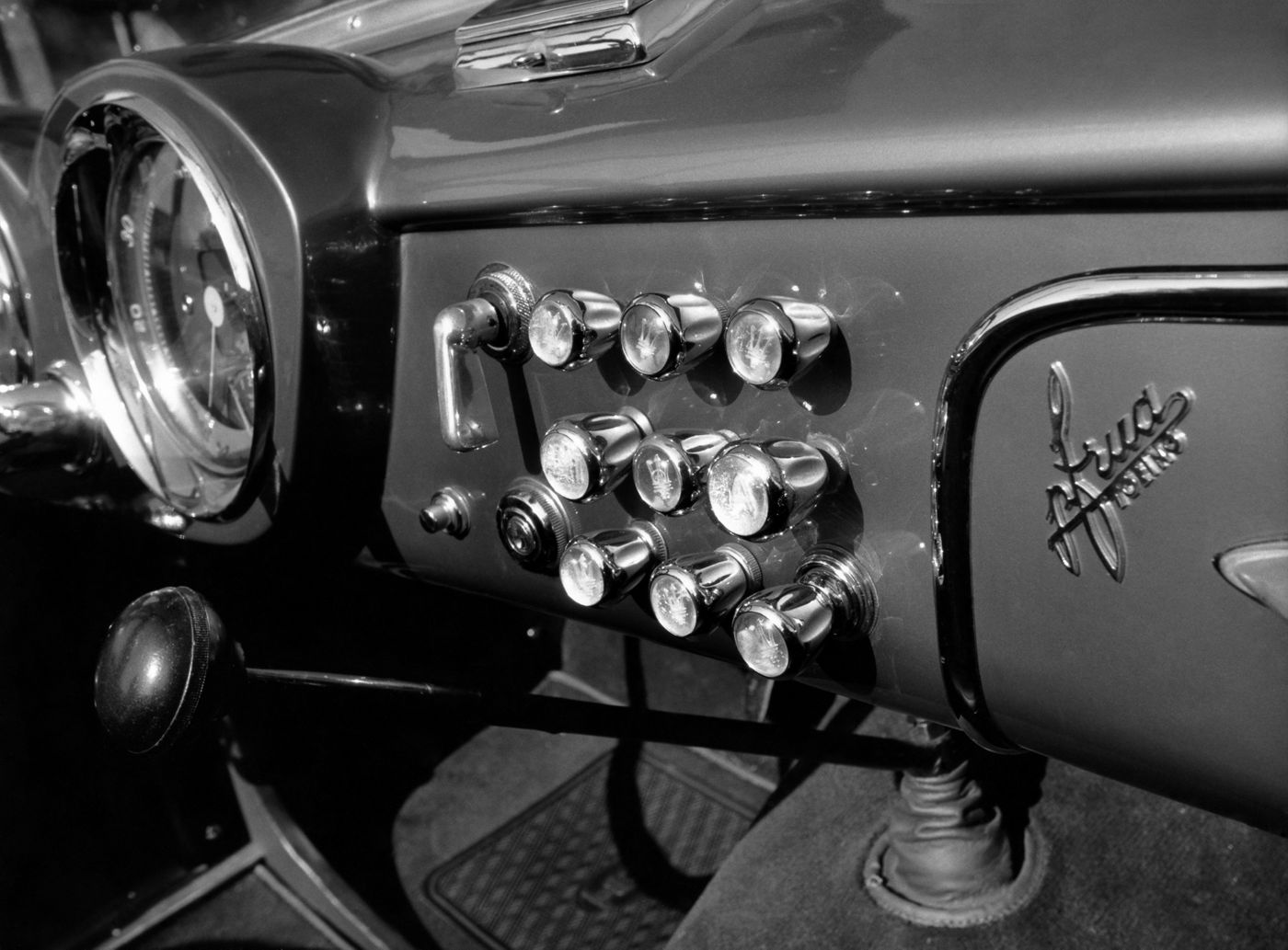 Maserati’s A6G 2000 was a production sports car introduced in 1950 to replace the A6 1500. In the name A6G 2000. The “2000” denoted the engine displacement, the “A” stood for Alfieri in honour of company founder Alfieri Maserati who passed away In 1932, “6” indicated the number of cylinders and “G” stood for ghisa, referring to the cast-iron used to construct the engine blocks – however, Maserati soon reverted to light alloy castings. Both bore and stroke had been increased from the previous 1.5L model. The straight-six engine featured a chain-driven overhead camshaft, with a three-carburettor setup allowing the engine to produce between 90 and 100hp. Chassis dimensions remained unchanged, but the rear suspension was updated. The Maserati A6G 2000 was unveiled at the 1950 Turin Motor Show with Pinin Farina coachwork. Pinin Farina built nine four-seater fastback coupés, all characterised by a high waistline. Frua of Turin supplied five convertibles plus a single coupé, while Vignale also added a one-off coupé designed by Giovanni Michelotti. All 16 cars were assembled between 1950 and 1951, although the model was only replaced in Maserati’s line-up in 1954 with the introduction of the heavily revised A6G/54. Hand-built and highly exclusive, the A6G series firmly established Maserati as one of the finest manufacturers of sports cars in the world thanks to the model’s quality, refinement and performance.

GranSport, GranSport Spyder
Back to Gran Turismo
Back to Maserati Classic Cars
Stay up to date
Register here for the latest information from Maserati
Thank you for your request