The concept of Gran Turismo

Typically, a gran tourer is a front-engine, two-door coupé with rear-wheel drive, a two-seat or a 2+2 arrangement. Born and bred in Italy, the original concept of Gran Turismo involved covering hundreds of kilometres in style and comfort, at high speeds. What’s more, with enough room for luggage.
Maserati chose to embody this two-sided spirit, creating an intrinsic and intriguing tension: on the one hand, elegance, refinement, craftsmanship; on the other, a rebellious spirit, a hunger for performance, a need for adventure.

A grand-touring soul
inside a Maserati sports car

The prototype of what can be considered the first Gran Turismo model was the legendary A6 1500. The A stood for Alfieri, one of the founding Maserati brothers, and the 6 represented the car’s six cylinders. Launched in March 1947 at the Geneva Motor Show, this model was the first Maserati road car fitted with a sophisticated race-car engine. Its timeless and elegant style by renowned designer Pinin Farina inspired future generations of road cars. There remain only photographs as testimony to its splendour, and no experiment has since been more significant than the A6 for the Italian grand touring spirit.

1957 – 1965
In March 1957, a prototype of the 3500 GT was presented at the Geneva Motor Show: it was immediately nicknamed “Dama Bianca”, the White Lady, due to its colour and infinite elegance. The body of the 3500GT was elegantly shaped by Carrozzeria Touring while construction in aluminium with Superleggera technology contributed to reducing weight. The 6-cylinder engine came from the 350S racing car of 1956 and was characterised by its excellent torque output at low engine speed. It was the perfect Italian-style grand tourer.

1964 – 1969
The Mistral literally brought a wind of innovation to the line of Maserati cars. Presented at the Turin Motor Show in the autumn of 1963, it marked the beginning of one of the most beloved traditions at Maserati: naming Gran Turismo cars after exotic winds. Styled by Pietro Frua, the Mistral had a much more modern look with one of Frua’s most recognizable characteristics: an exceptional dimension of the glass surfaces. It was the last Maserati car to be equipped with the glorious 6-cylinder engine, which had been the power unit of Maserati grand tourers for over 10 years.

1967 – 1972
After 10 years of top-notch grand-touring cars, it was time to renew a trend. The world was going through the beat revolution and, while remaining less extreme and ostentatious, Maserati needed to follow that direction. The rebellious and dramatic style of Giorgietto Giugiaro, who was working for the Ghia studio at the time, was the perfect match for this model. Named after an Egyptian desert storm wind, the Ghibli was unveiled at the Turin Motor Show in late 1966. Its striking appearance is still looked up to as one of Giugiaro’s most beautiful designs.

1998 – 2002
Another design by Giugiaro, the body finally broke free of a decade of Biturbo rehashes. Presented publicly at the October 1998 Mondial de l'Automobile in Paris, the 3200GT was a true masterpiece in line with the great tradition of Maserati: modern, yet evocative of the great models of the past. It comes as no surprise that its name was given in honour of the 3500 GT, the company's first series production grand tourer. Its V8 engine was substantially modified to deliver 370 hp and its boomerang-shaped taillights were the first to use LED technology.

2004 – 2007
Unveiled at the Geneva Motor Show in March 2004, the Maserati GranSport gave a second life to one of the greatest names of its own motoring heritage. This new model celebrated the concept of sportiness at the core of all Maserati grand tourers. The GranSport featured new 19-inch alloy wheels, Skyhook active suspensions, and a sportier interior. The maximum power delivery of the V8 engine was upped to 400 hp: together with a newly added sports exhaust system, the engine gave enthusiasts that unmistakable, full-bodied note. 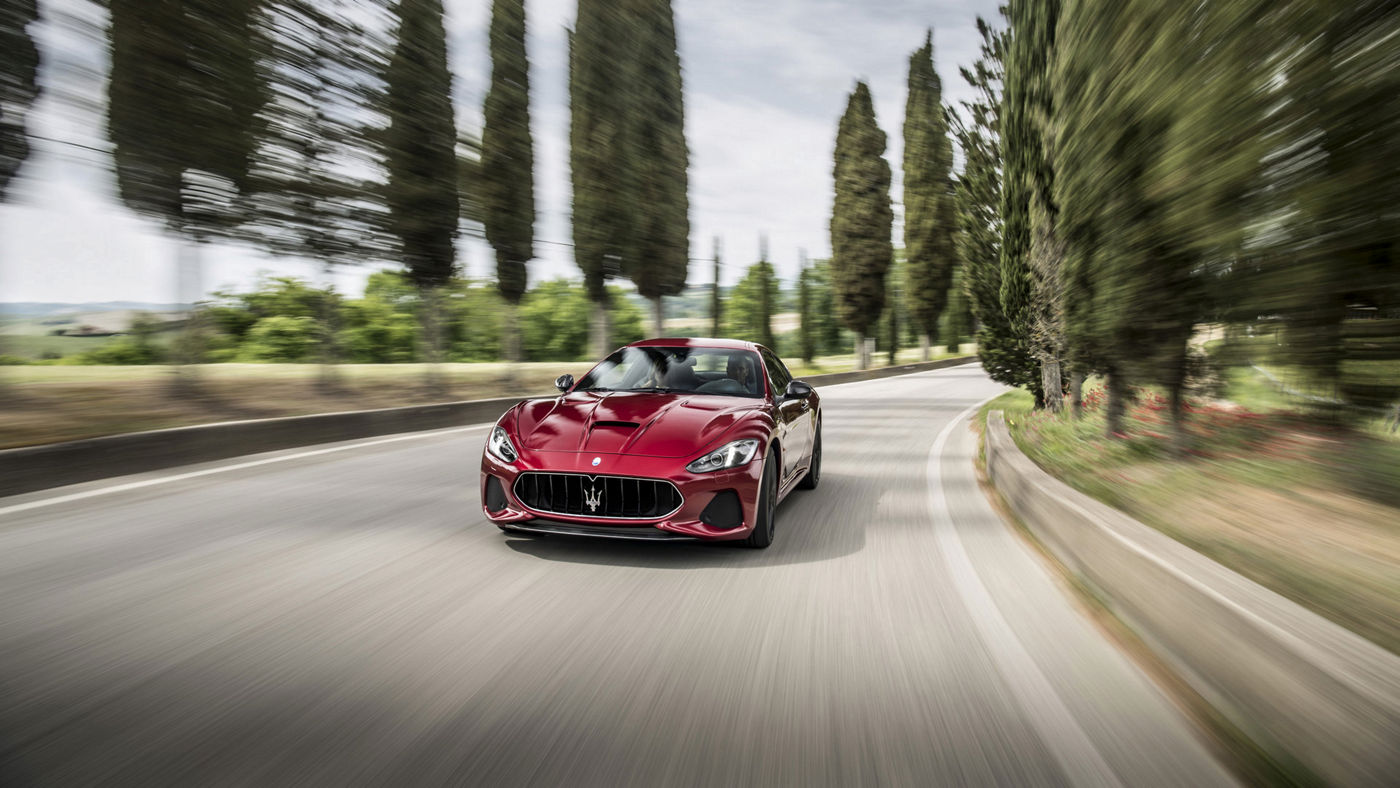 An instant classic
At the Geneva Motor Show in March 2007, the world got to know the new Maserati coupé, named the GranTurismo. It was defined as “an instant classic”. Impactful at first sight, it was an irresistible combination of outstanding Italian Pininfarina design, exclusive luxury, progressive technology and uncompromising power. At the launch, the GranTurismo was equipped with a 4.2-litre V8 engine, a 6-speed ZF automatic transmission, and cutting-edge motorsport-derived technology features. Unveiled one year later, the GranTurismo S featured a formidable 4.7-litre V8 engine, attesting to the fact that the GranTurismo is the pride of Italian coupés.
DISCOVER MORE 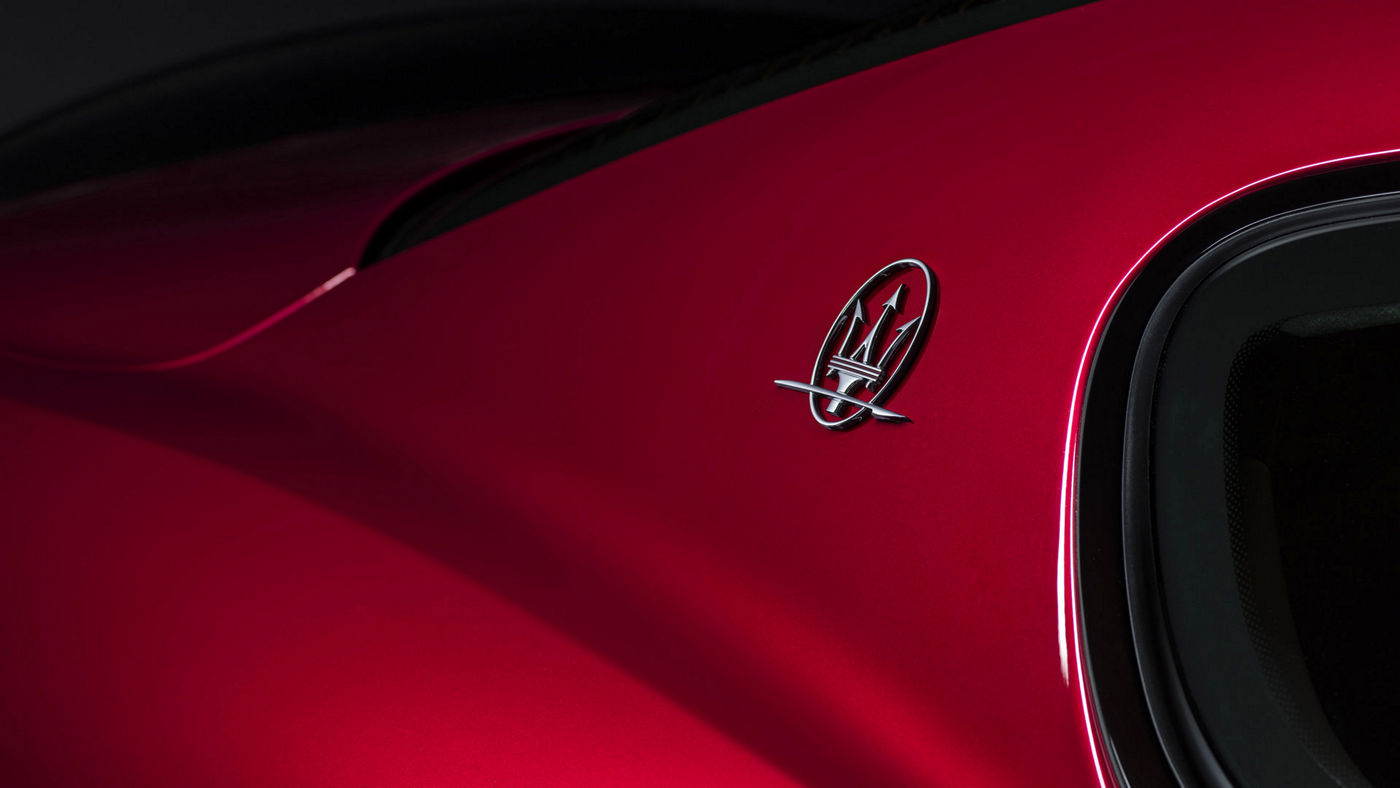 The GranTurismo Sport was unveiled in March 2012 at the Geneva Motor Show with the revised 4.7-litre V8 engine. It is an endless dynamic promise of luxury and audacity. The front was redesigned with bold red detailing and with a deep-cut oval front grille bearing the Trident in chrome. The revised bumper echoes the styling of the front, creating a harmonious unit. The side profile is inspired by the historic “Birdcage” and features signature cues like the triple air vents and the triangular C-pillars housing the Saetta logo. Fine-tuned luxury can be found in all of its details like the soft and tactile Alcantara trim on the backs of the Sport steering wheel-mounted gearshift paddles. 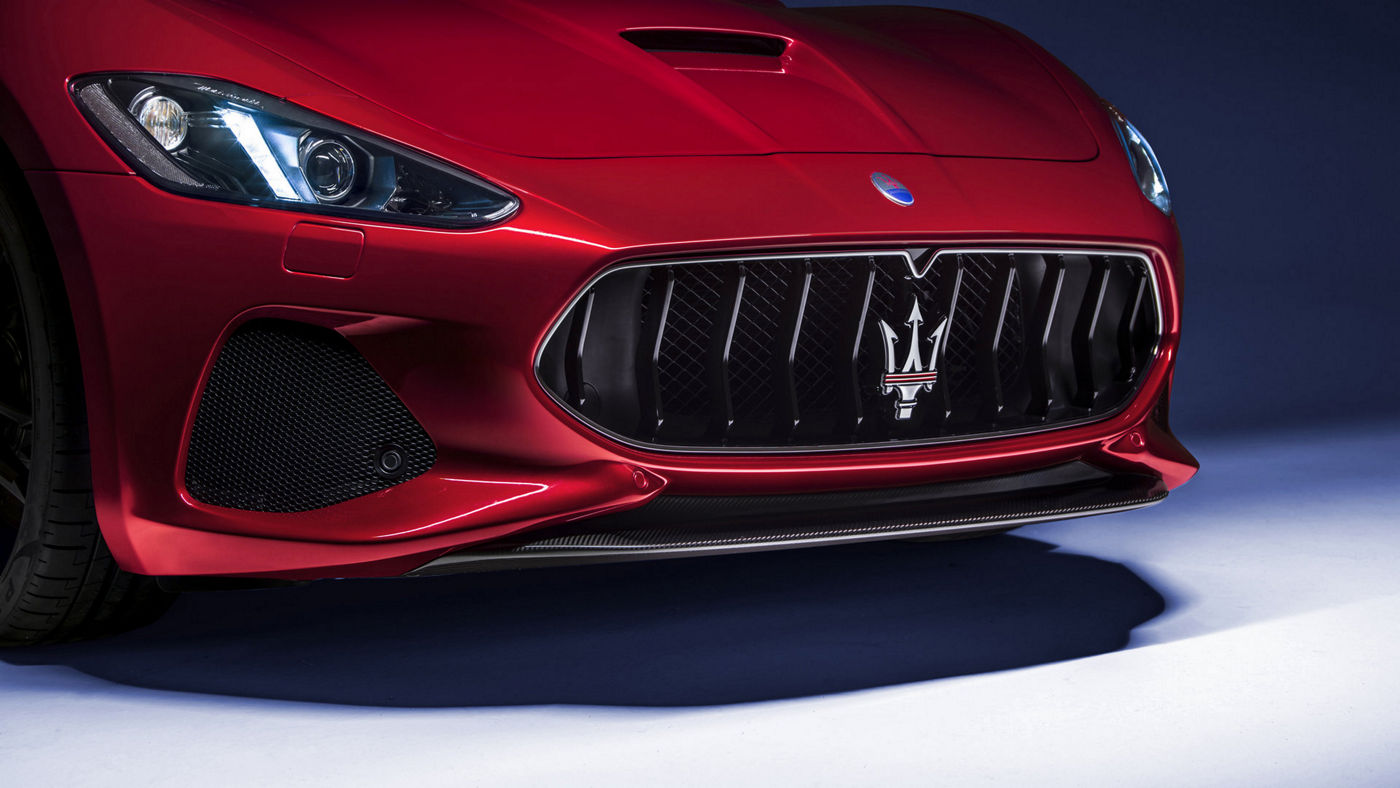 As the extreme expression of grand touring, also the GranTurismo MC shares the 4.7-litre V8 engine with the S version. It has a new aggressive front grille with an exclusive front splitter that maximises downforce at high speeds. The vents on the side skirts channel the airflow under the car’s body to increase stability. However, its most striking exterior feature is the optional lightweight carbon fibre bonnet with an aggressive central air intake and two large air vents modelled on those of the MC Trofeo. The interior offers a captivating mix of soothing comfort and advanced technology, along with seductive, soft black standard trims.
See Also
The elegance of a sedan
The power of an SUV
The style of a convertible
Back to Our Cars
Back to Brand