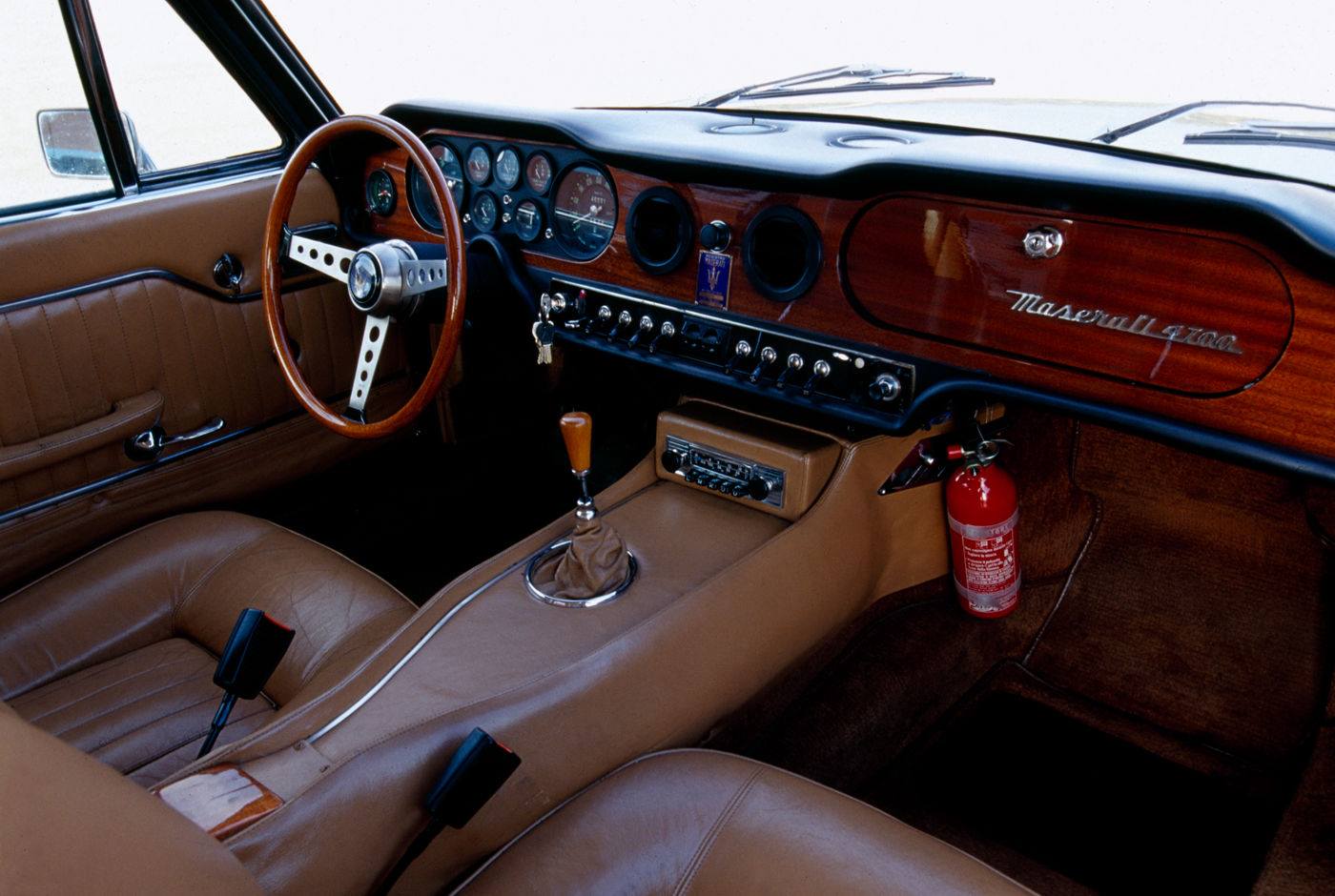 After the 5000GT and the Quattroporte, the Mexico is Maserati’s third road car using a civilised version of the V8 race engine from the 450S sport prototype race car. It shared its general construction with the original Quattroporte, although the first Mexico prototype was actually derived from a damaged 5000GT and was thus powered by a 4.9L engine. A true four-seater, the Mexico sported very elegant and refined coachwork courtesy of Vignale. Contrary to other Maserati four-seat coupés, it was not named after a race track. The Mexico name was chosen because the 5000GT that served as its prototype was once owned by Mexican president Adolfo López Mateos, and it returned to Mexico after having appeared at the 1965 Turin Motor Show. It was truly fitting, but also pure coincidence, that John Surtees would close the 1966 Formula 1 season with a convincing win in the Mexican Grand Prix at the wheel of a Cooper-Maserati T81. Launched in 1966 at the Paris Motor Show, the Mexico production was offered with the same engine variants as the Quattroporte, either a 4.2L or a 4.7L version. The chassis itself was derived from the Quattroporte, with a wheelbase shortened by 11cm.