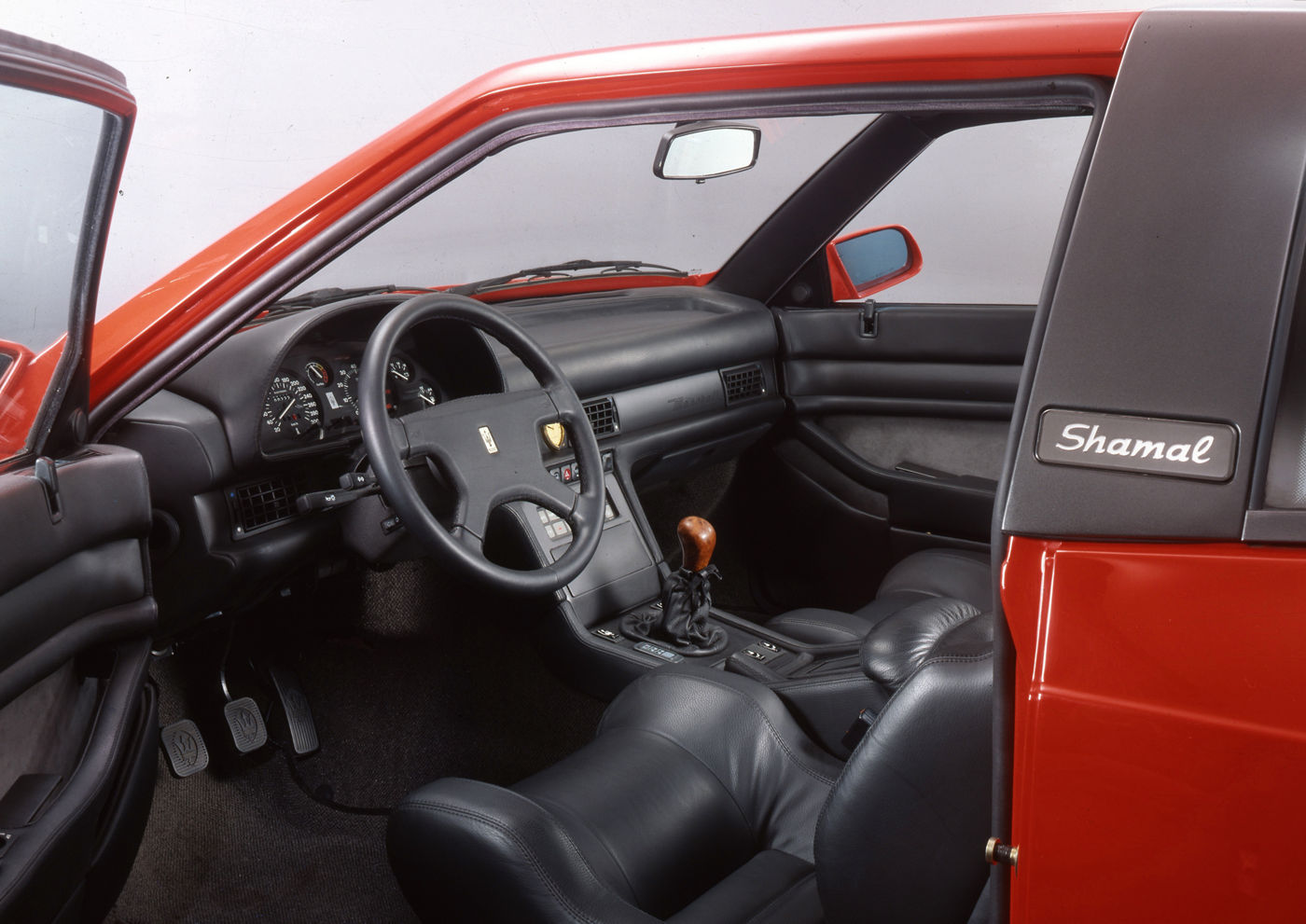 Named after a Mesopotamian wind, the new Shamal was the most extreme derivate from the Biturbo model family. It was, just like the Karif, based on the shorter Biturbo Spyder floorplan, but offered also two small rear seats. The body of the Shamal was completely new, with the exception of the doors. The Shamal’s muscular and aggressive design was the work of designer Marcello Gandini, which could be easily recognised by the typical shape of the rear wheel arches. The biggest news of the Shamal was however found under the bonnet. The V6 was replaced by a completely new twin-turbo V8 engine with four camshafts and 32 valves. This was coupled to a new 6-speed gearbox from Getrag. The design of the Shamal gave inspiration for the later Ghibli model. This is one of the most extreme production cars ever made, and intended for skilled drivers only.