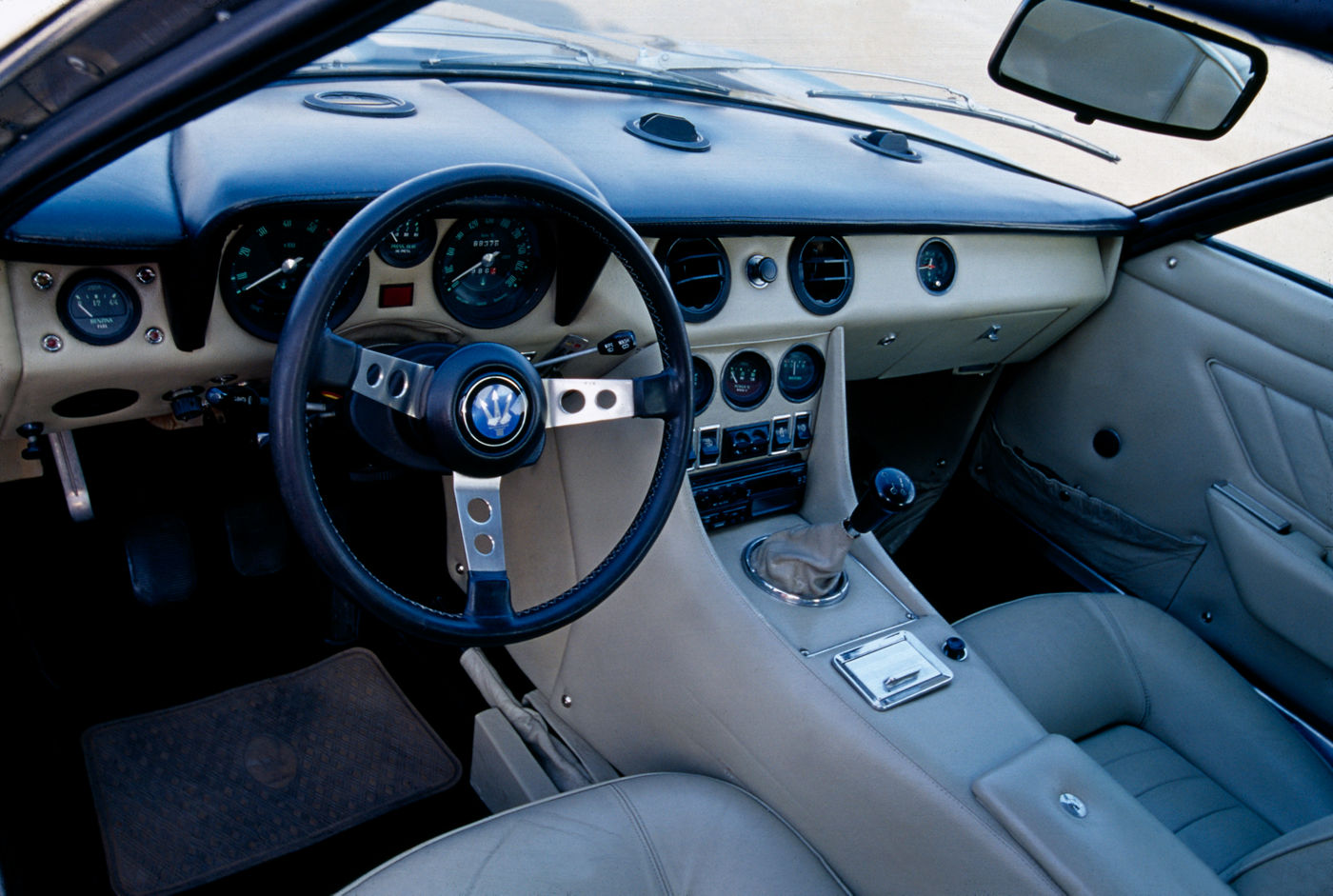 The Maserati Indy, officially presented at the Geneva Motor Show in 1969, was a tribute to the two consecutive victories of the Maserati 8CTF race cars in the famous 500 miles race at the Indianapolis speedway in 1939 and 1940. This new car was designed by Vignale and could be seen as a model to bridge the gap between the Ghibli and the Mexico. The roof line was higher compared to the Ghibli in order to offer space for the rear passengers. Mechanicals were borrowed from the Ghibli and represented traditional Maserati technology: a 90° V8 engine with double overhead camshafts, semi-monocoque structure with front auxiliary frame, independent double wishbone front suspensions and a rigid rear axle with leaf springs. Standard equipment included a two-way adjustable steering column, anti-theft steering lock, leather upholstery, tinted electric windows, reclining seats, fog lamps, heated rear windscreen, head rests and a dashboard-mounted clock in front of the passenger. However, power steering was an optional extra, as were the automatic gearbox and the radio. In 1973, the Indy adopted the braking system from Citroën, who had become the new owner of Maserati.