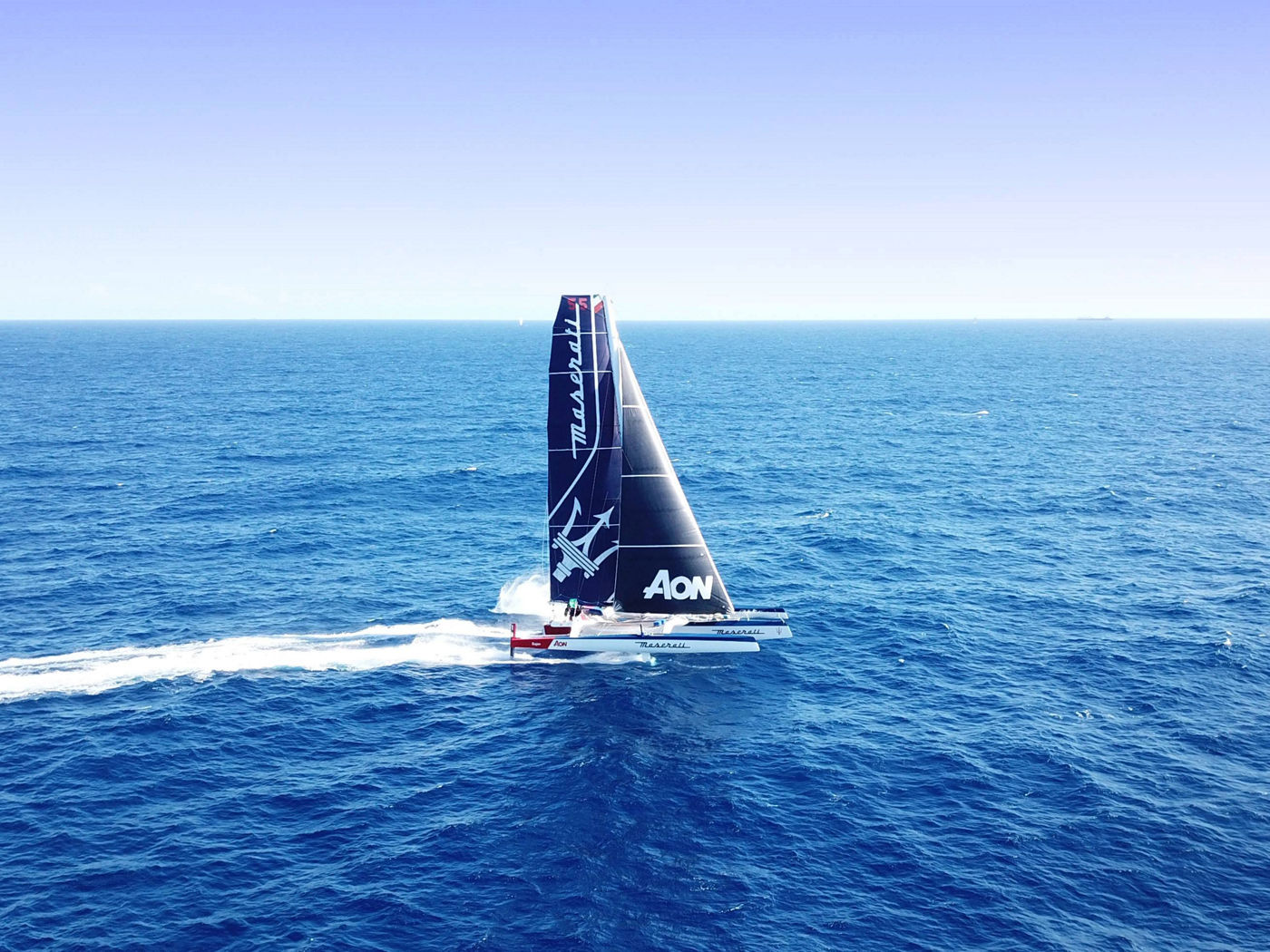 Maserati Multi70, the high-speed multihull racing yacht skippered by Giovanni Soldini, has crossed Atlantic Ocean in less than seven days to take the line honours victory in the 2018 RORC Transatlantic Race after an ocean-wide head to head battle with Peter Cunningham’s MOD 70, PowerPlay which snatched the handicap honours from the Italian team in the final hours of the race.

At 06.54 34” UTC (02.54 local time) on Saturday 1 December, Giovanni Soldini and Maserati Multi 70 were the first to cross the finish line of the 5th RORC Transatlantic Race in Grenada, Caribbean, with an elapsed time of 6 days, 18 hours, 54 minutes and 34 seconds, giving the Italians Line Honours bragging rights and second place on handicap in the MOCRA ranking with a corrected time of 14 days, 23 hours, 32 minutes and 28 seconds.

“It was a very close race, for days and days we sailed at close distance and we even crossed routes in sight three times in the middle of the Atlantic,” said Soldini at the race finish. “PowerPlay is a very strong team, they know their boat really well, it was a fantastic experience for us: we were able to carry out many tests, to enhance and improve the way we sail Maserati Multi 70. We learned so much in these days and we’re very happy about this result. Really, a hard but exciting race!”

From the start of the race Maserati Multi 70 was forced sail in asymmetric set-up – with a flying T-shaped rudder on the port hull and a classic MOD rudder on the starboard hull – following the loss of the Italian trimaran’s right-side T-shaped rudder’s blade en route to the race start in Lanzarote.

Giovanni Soldini and his crew, along with nine other teams, started the race from Lanzarote, Canary Islands, on Saturday November 24 at 12.00 UTC with a nine knot south westerly wind. Right from the start Maserati Multi 70 and PowerPlay battled in a fierce duel: for the first 36 hours there were never more than three miles between the two multihulls.

This was despite just three hours into the race Maserati Multi 70 suffering damage to the starboard foil reducing the yacht’s ability to lift itself out of the water for maximum speed. The team resolved the issued with the use of another foil.

During the night between Sunday and Monday, Maserati Multi 70 set course to the south to exit the area of high pressure with little wind, a situation which hands an advantage to PowerPlay which is able to sail faster with light winds. The tactic saw Maserati gybed later and gain a few miles of advantage.

From that moment the two Teams chose different strategies: PowerPlay held to its West route longer, while Maserati Multi 70 headed further South. Moving away from the centre of the area of high pressure, the Italian trimaran was able to reach the rising wind faster.

On Monday November 26 the Italian Team finally reached the Trade Winds, but they had to slow down for a problem aboard: a bilge pump’s drain pipe detached, and the trimaran took on a considerable amount of water. With this issue resolved Maserati resumed downwind sailing at between 25 and 29 knots.

The ocean match race continued between the two trimarans, who went on crossing their courses within a few miles of each other. During the night between Tuesday and Wednesday, the Italian Team, after a few right gybes, gained many miles towards South. Maserati Multi 70 continued its dash towards Grenada, with the gennaker and full main and gybing on the Trade Winds’ shift, and, on Tuesday evening, Giovanni Soldini and his crew stretched to a 50 mile advantage over PowerPlay where their routes crossed.

On Friday, the two multihulls started running on the homestretch to the finish line: Maserati Multi 70, sailing almost on a direct route to Grenada, and PowerPlay, 70 miles further North, travelling head-to-head. Approaching Grenada, PowerPlay found an unexpected wind in its favour: the wind shifted 20 degrees further North, so they were able to sail on a more direct route to the finish line and they gained many miles.

Maserati Multi 70 will now prepare for its next appointment: the RORC 600 Caribbean in February 2019.

See Also
Back to Ghibli refreshed
Back to News